SUNNY SIDE UP | One Year 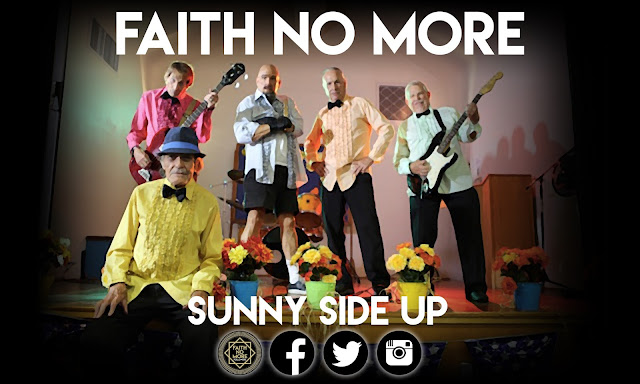 Faith No More released the Sunny Side Up video one year ago.

“See if you can figure out what I’m saying. I love to leave it like that. There should be some mystery in any creative endeavour. I can’t explain it to you. I mean, shit, the other day our drummer [Mike Bordin] was asking me what that tune Sunny Side Up was about and I’m like 'I don’t know'...." - Mike Patton


"Faith No More prove sex, drugs and rock and roll are for the geriatrics as much as the kids in the hilarious, trippy clip for "Sunny Side Up," off the metal outfit's new album, Sol Invictus."