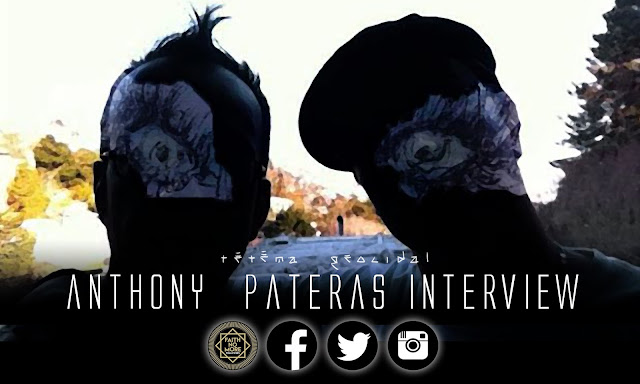 In 2014 tētēma released the exciting and unpredictable album 'Geocidal'. A brutal work that Ipecac Recordings described as 'audio caffeine injected direct into your eyeballs'.


The record received great reviews, Louder Than War advised 'Geocidal is an erratic, unpredictable monster of an album and should be hunted down, if approached with caution.' Janky Smooth told us, 'If you are looking for originality and something you’ve never heard before then make sure you scramble to acquire this gem.'

In January 2017 Tasmania will witness this conceptual masterpiece performed on stage, but how will Anthony Pateras and Mike Patton translate this complex music to the live format?

Multi-instrumentalist and composer Pateras kindly gave us some of his time to find out more. 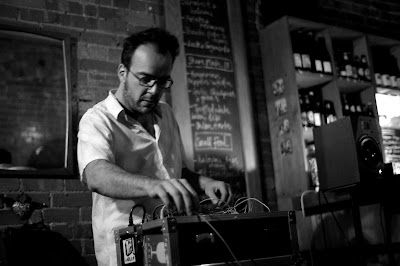 The album 'Geocidal' was released in 2014, why did you not perform this music earlier?

'Geocidal' is the result of a long and intricate process involving numerous personnel, so finding a way to perform this music live was not easy. It took me a little while to come up with a solution which was both practical and powerful. There was no immediate urgency to perform, because directly after our album came out, Faith No More released 'Sol Invictus' and thus it was not on the cards for at least a year due to their touring schedule. Despite that, Mike and I were talking about how to do it during this time. We both had different ideas, and we went through a few options involving approach and personnel. Ultimately it seemed best to boil it down to a quartet formation, people that we could trust and knew would do a good job. Will Guthrie played the drums on the album, so he was a must. Erkki Veltheim played most of the strings on the record, and is also very versatile in terms of being both multi-instrumental and really great at programming. So, with those two on top of me and Patton doing our thing, I finally feel we can cover all bases and do justice to the material.


Is this your first perfomance with Patton?

In fact this will be my second gig with Mike - we performed together in 2011 at the Great American Music Hall in San Francisco in a fun one-off gig where he wrote some vocals for one of my former projects PIVIXKI (a grindcore duo featuring nothing but piano and drums with Max 'Crumbs' Kohane). This is my favourite song from the show:


It was actually through rehearsing for that gig that I knew Mike was someone I could work with: he turned up super prepared, was eager to do things efficiently and correctly, and was open to suggestions. Making music can be very very difficult, so the people who you do it with are everything.


It is the premier performance for tētēma however, how will prepare?

We will prepare for MOFO with five back-to-back rehearsal days in Melbourne. I have started writing new material for the gig, have already rehearsed in with Will in France, and have sent it Mike, who is busy writing new vocal lines. In addition to that, its been about pulling 'Geocidal' apart and making everything 'perform-able' in an instant with minimum playback...also hiring a few guests...I've organised a spot from the trumpet player Scott Tinkler to guest on Ten Years Tricked, which will be great.


You will be playing new material. Does this mean we can expect a second album in the near future?

I would say we're going to play that one by ear!

Patton described bringing tētēma to the stage as a 'logistical nightmare' due to the complexity of the musical arrangements. It sounds like you have it all planned out?

Ha! I think he's just concerned as always about doing a good job. It'll be fine!!!


Which songs from 'Geocidal' are you looking forward to translating to the live stage most?

I am really looking forward to smashing out KID HAS GOT THE BOMB. Erkki and I will be doing backing vocals too so audiences will be treated to hilarious three-part Australian, Finnish and Californian harmonies.


The time you both spent recording the album was brief but what was it like being in the studio together? Was there a magic that you think will help with the upcoming performance?

In fact, I'd like to clarify, that this has been widely misconstrued. The album took fucking ages!! I started work on it in 2012 and it was finished two years later. Mixing it was a ridiculous undertaking - on the first track there's like nine strings, ten clarinets, twelve synths, drums and a closed miked bee hive (I only have myself to blame). The only reason people think it was brief is because I said somewhere that we spent two days in San Francisco doing the rough vocals. That was not the only session Mike did - he did numerous overdubs, re-takes and arrangements after this session once the instrumental arrangements were finalised.

That all said, YES, we feel very comfortable with each other as collaborators. It's not so much magical, but it has been pretty spooky at times, in that we've had a lot of 'I was just about to say exactly what you just said' moments, which we're both fine with, because it's great when you meet people you can talk to about music seriously. I have to say even though my entire life revolves around music, it's actually pretty rare to have those connections.


From his beginnings in Faith No More to his huge array of musical projects today Mike Patton has always been popular in Australia. Why do think this is?

Please allow me to put my amateur cultural theorist / music anthropologist hat on for a minute. Australian culture is ultimately a hybrid of numerous other places, and through its geographical isolation, a unique cultural perspective has been cultivated through an immediate exposure to South-East Asian influences, English colonialism and American popular culture. We also have a huge Arabic and Muslim population, so those flavours have seeped in through cuisine, music and now, public discourse. Additionally, there has always been a vivid intersection of brutal, self-effacing humour and serious intellectual engagement. Numerous technological, cultural and philosophical advancements have occurred in this very special climate. I won't reel off names, but this situation has manifested in a unique musical positioning, in that there has always been an undercurrent of experimentalism and innovation, and, being on the 'outside', we've actually been hungrier to look outwards and engage with 'the world' to understand it's sonic workings, maybe more than the cultural strongholds of the Northern Hemisphere, which in my view tend to implode and cease artistic progress due to their own self-important myopia (cases in point: Paris, New York, London, Rome).

So my thought is, when a kid from the suburbs in Melbourne puts on something like Bungle's 'Disco Volante', it makes total sense, despite the broad stylistic range, seemingly chaotic arrangements, and density of information, because it directly (and sonically) reflects that simultaneous cultural otherness and familiarity that growing up in Australia brings. All of Mike's music is like that - it's other and familiar at once. Even something pretty straightforward like 'The Real Thing' is other/familiar. Fantomas is an hybrid of metal and composition, placed in a dangerous landscape; Australia is a an hybrid of extension of the world, in geologically fascinating climate (which can be very dangerous!). Mondo Cane takes history and twists it, throwing open other possibilities, Australia is the same but on steroids. Thus, to answer your question, I think Australian audiences 'get' Mike for those reasons and will continue to do so. Whether they will get tētēma remains to be seen!

Again, playing that one by ear. I think we're all just keen to see what happens and curious as to how it'll translate live. I'm sure it'll be a lot of fun...


What projects are you working on next?

I am currently working on a music/text series on my own Immediata label where I'm releasing fifteen albums with all different kinds of collaborators (I'm up to number seven). Each CD contains an extensive 16-20 page interview with the musicians I work with, so I've really been enjoying that process in terms of fostering a discourse around creating music and being a musician in the 21st century. This will only continue until the end of next year.

Check it out: HERE.

I have a trio with Erkki and Scott called North of North, we just finished a European tour and will be playing the day after tētēma at MOFO.

I'm preparing for a show at the Anthology Film Archive in NYC next year with Slave Pianos (slavepianos.org) that involves the music I wrote for the closing of the first public exhibition of the Maciunas Archive at the National Gallery of Lithuania (Vilnius) last year.

I also have a new electronics/drums thing with Will, a new electro-acoustic project with eRikM and will be writing some piano ballads for the fantastic Swiss-German Chanteuse Asi Focker.