Jon David Hudson was born on April 13th 1968 in San Francisco. Jon was in Oakland-based new wave band Systems Collapse during the early 90's with Humberto Ribeiro (Bass), Cid Travaglia (Drums) and Will Carpmill (synth). Carpmill's sister Olga Gerrard was at one time Faith No More's manager and it was through Carpmill that Jon first met FNM in 1989.
In 1993 Bill Gould produced a Systems Collapse demo. A year later Bill sent Jon the King For A Day Fool For A Lifetime demos and Jon recorded some ideas. The band of course opted to work with Trey Spruance.
Jon landed a job as head guitar tech for Monster Magnet through Olga Gerrard who was their tour manager at the time.
However in 1996 when FNM were again in need of a guitarist, Bill approached Jon for a second time. There was no audition and Jon started to work with Bill straight away. Jon contributed a lot of ideas that made it onto Album Of The Year, including Stripsearch and Ashes To Ashes.
During FNM's 11 year hiatus Jon began working in property management, which he retired from when he got the call to return to FNM in 2008.

Faith No More Followers
"Well, the success with the new album is largely due to the support and dedication from the fans everywhere who really make it happen for us."

Guitar World
"Live, I play what’s on the records and capture those tones. I don’t feel like it’s important for me to put my stamp on any of the songs, even the ones I worked on. I just play to serve the material."

Premier Guitar
"Mostly I think it came naturally. I don’t think that it was like pulling teeth or anything, and it wasn’t a particularly arduous process. We just kept working and before you knew it, we’d made an album and it’s 100 percent Faith No More."

Total Guitar
“Just to put in whatever's necessary. That's not to say a flashy part here and there isn't, because sometimes that's exactly what's called for. It's just a matter of being open to throwing out any ideas for music, just to see what sticks or what works with it, and then refining it from there. If there are solos, or there are spots for the guitar to stand out, hopefully the guitar makes its own little statement. If it doesn't, it's probably unnecessary, right? I would rather try to say something with fewer notes than to try to fill up space or overwhelm people with a bunch of notes that don't seem to matter."

Kerrang! Issue 649
"I've got a shot and I'm taking it," he says quietly. He also claims that he has "no expectations" about life in Faith No More, pointing out that although he appreciates his new position, there are times when he's been equally happy ("loading trucks or painting houses", for instance). "But I have a feeling that things are going to pick up pretty quickly for us," he beams.

Kerrang! Issue 676
"I don't think it's any more intrusive than any other job I've had. Compared to those, this is nothing. Travelling around the world - how much of a drag Is that?!" 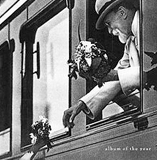 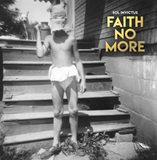