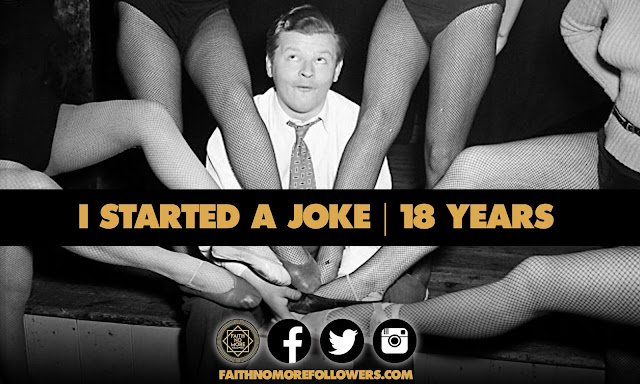 Faith No More's version of the Bee Gees' song I Started A Joke was released on October 26th 1998.


The song first appeared on the B-side of the limited edition single release of 'Digging The Grave' in 1995 and on a bonus CD available with the Australian version of 'King For A Day Fool For A Lifetime' also in 1995.
It was recorded along with three more cover versions of other songs in Bill Gould's home studio and produced by Gould and Dean Menta. These songs were the only studio recordings to feature Menta on guitar.
'I Started A Joke' was released by the record company as a single in 1998 from the greatest hits album 'Who Cares A Lot?' released on November 24th, the year FNM split.
Most recently the song was available as part of Rhino's now-famous SIDE BY SIDE Series, pairing two artists with one classic song, pressed on mint green vinyl.


"The b-sides that we did were three cover songs that were actually recorded at my house. There's "The Joke" by the Bee Gees, there's a song by a band called The Brothers Four called "Greenfields", and "Spanish Eyes" by Al Martino! They all sound really good, I'm really into it! We were in this bar in Gwaum, god, it was so twisted! You see, Gwaum is like a rock in the middle of the ocean; they have like two million snakes per mile -- they have so many snakes that they have killed all the birds, they have no more birds in all of Gwaum. So, we're sitting in this bar and they have posters of hard-core porn videos all over the wall. It was a regular bar, and they had animal porn on the wall! And we're like, 'What the hell is this?!', and in the corner of the room they had this karaoke machine and they were all singing the words "I started a joke ..." and there was this bouncing ball so they could follow the words. The lyrics were so pathetic and depressing that we just said 'We have to do this song!' It's the most miserable song I ever heard in my life!" 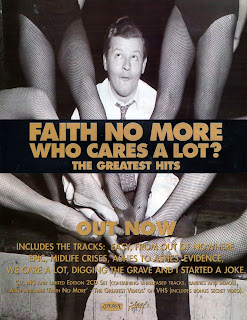 
"The melody to this one was heard aboard a British Airways Vickers Viscount about a hundred miles from Essen. It was one of those old four engine 'prop' jobs, that seemed to drone the passenger into a sort of hypnotic trance, only with this it was different. The droning, after a while, appeared to take the form of a tune, which mysteriously sounded like a church choir. So it was decided! We accosted the pilot, forced him to land in the nearest village and there; in a small pub, we finished the lyrics [with Barry]. Actually, it wasn't a village, it was the city, and it wasn't a pub, it was a hotel, and we didn't force the pilot to land in a field... but why ruin a perfectly good story?" 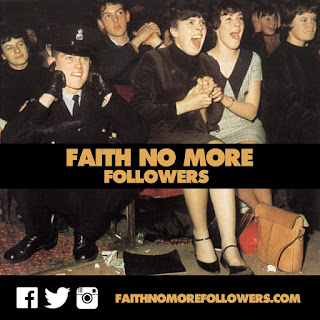 The video for the single release was directed by Vito Rocco and first aired in October 1998. The video's main character is played by English performance artist David Hoyle and also features English actor Martin Freeman in an early role. The video was released after FNM had split and was produced by the record company as part of the promotion for 'Who Care's A Lot'.


Labels: 1998 Bee Gees Faith no more I Started A Joke Who Cares A Lot?