We have barely had time to take in fantastic new album insights from RODDY BOTTUM and MIKE BORDIN, when Faith No More 2.0 speak with BILL GOULD who sheds even more light on recording FAITH NO MORE album number seven. 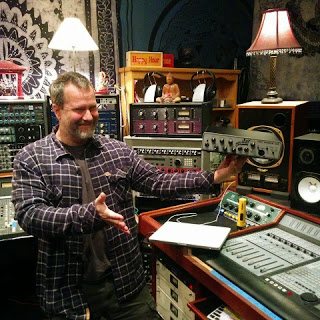 Bill said: “This album was a challenge in a lot of ways, it took time, patience and given the fact that we recorded in in a rehearsal room and not a recording studio…quite a bit of improvisation!”
“What I got out of it the most was being able to exercise my brain (heavily!). My problem solving skills have definitely improved quite a bit since we began this…and at the end, we’re all happy with how it worked, ” 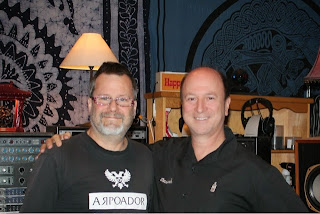 ALSO the 'sixth member of FNM', MATT WALLACE who produced the band's first four albums has revealed via his facebook that he has indeed helped Bill mix the forthcoming record.
Matt posted this:

Older? Definitely. Wiser? Maybe. After a two decade long separation, Matt Wallace joined Faith No More as they continue on their inspired musical journey. Their new album was mixed by Matt and Bill Gould (who did a stellar job of producing and playing bass). Nigerian and Argentinian food was enjoyed during the process…oh, and Tommy’s Hamburgers, too.

FNM are making the most creative music of their career and it’s a thrill to be a part of the team again. Buy their record and tickets to their show because, well hell, they’re the mighty Faith No More!!!

Matt has also posted some very nostalgic photos and comments during the week. 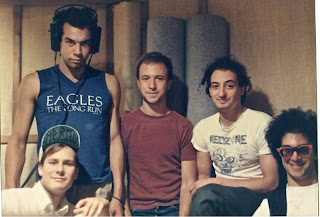 Photo from back in the olden days. Bill, Chuck, Mike, Jim and I working on the "We Care A Lot" album which was recorded (and mixed!!!) in two 3 day weekends. The band and I all stayed in a one bedroom loft across the parking lot. Great times! Us against the world.