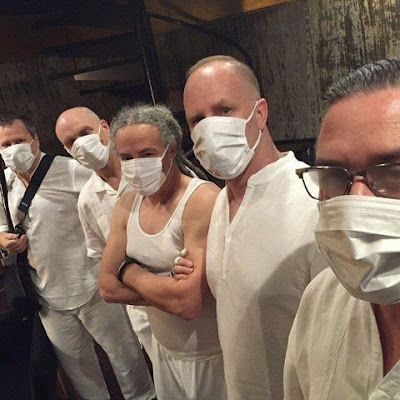 FAITH NO MORE have had an busy schedule so far in Tokyo. 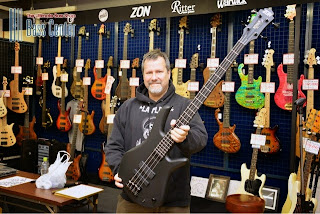 MIKE BORDIN and JON HUDSON were guests on the READY STEADY GEORGE SHOW Radio show on TV TOKYO (Inter FM) talking about the new album and the upcoming tour.

Today (17th) FNM played their very first show on the SOL INVICTUS tour at Studio Coast in Tokyo. Thanks to FAITH NO MORE 2.0 and FAITH NO MORE BLOG we already have a great selection of photos and vine clips.

Roddy gave us a show update via FNMblog:

Hey guys, it's Roddy, reporting on the eve of our first in this series of shows. Shows one and two are in Tokyo. It's been super long since we played here so our expectations were up and we were well rehearsed and prepared. There was a really unfortunate equipment thing that happened with the keyboard which was at one point totally unsurmountable. We worked around it, though, and actually, the show ended up being super special in its o...wn right. Billy, Jon, Mike and Mike ended up playing all 'no RB' songs, many in a row, and these are usually super taxing. My hat's off to them, they helped take us out of a rough spot and made for a really different and spontaneous and dynamic sort of a set, the likes of which.... uh.... never ever has happened before and won't again, fingers fucking crossed. trying to wind down.... for those of you in Japan.... expect a WAY different show tomorrow. We carry on. thanks so much for all your interest and the like. Best, RB.

The Setlist only included two tracks off the new album, but this may suggest the reason why and FNM will play more from SOL INVICTUS at their next show. 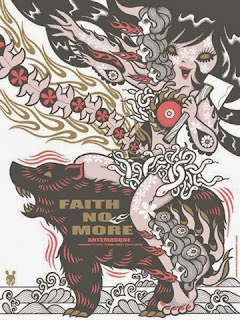 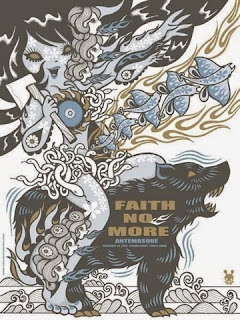 Also photos reveal two new FNM shirts, based on 'the Gimp' and the single MOTHERFUCKER. 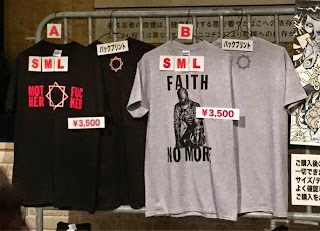