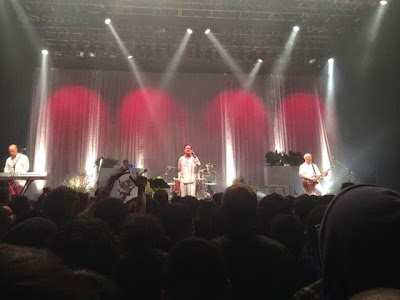 There is no stopping RODDY BOTTUM as we have another interview with the FAITH NO MORE keys man.
Adam Norris for Australian THE BEAT MAGAZINE have published a short chat, read the full article HERE.

On the new record

"We made the record alone in a room, behind closed doors so to speak. Our inspiration was really just ourselves and what we are as a band, what our roots are. What we’ve all been doing the past ten years; that comes into what we’re doing now as individuals, sure. But mostly we addressed us as a band, our core sound. That was the place of our inspiration. But in that there are these crazy personalities, these very distinct people. We all have some pretty crazy ways. Mike Patton’s solo stuff over the last ten years or so is wack-a-doodle crazy, this over-the-top, boundary pushing, weird collage stuff. Billy makes a lot of records that are mostly for people who don’t speak English, these worldly kinds of records. All of us keep trying to push things in different areas. I live in New York and I’m writing an opera about Sasquatch. What I like most about here is that people take culture, specifically really strange culture, very seriously. And that’s super inspirational for me, I love being in a place where people applaud avant-garde, and I would like to think I bring a little bit of that to what we’re doing. It doesn’t hurt that it also sounds really good on the record, too." 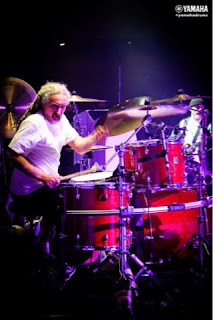 Meanwhile MIKE BORDIN has spoken to David James Young at MUSIC FEEDS. Full article HERE. Puffy speaks with great passion and love of SOL INVICTUS, below are some awesome quotes.


“It’s always a grouping of very diverse influences, It’s been that way for every Faith No More record. We all have a thirst for music – everyone has values in lots of different kinds of music. That’s when the band really comes into its element is when that all comes together. When everything is represented… that’s Faith No More to me."


“Everything is represented on this album. You’ve got our singer, Mike [Patton], with his range of talents and breadth of skills. Our bass player is particularly talented at creating these atmospheres and environments with his production and arrangements. Everyone’s ideas are in this record. There’s enough rock, there’s enough crunch, there’s enough melody, there’s enough darkness. All the elements are there."


“The effort and the participation that went into this record was just incredible. I’m so excited and I’m so fired up about letting out and finding out what people think of it. I love this record. I really believe in it. I know that not everyone is going to like it – I mean, it’s Faith No More! That is never going to change. It’s never going to be what people expect. For my money, though, it’s a damn good record. It’s the best thing we could do at this time, by far.”