Two days on from SOUNDWAVE in Adelaide and the photos, videos and reviews are starting to flood in.

Last up was the legendary Faith No More. The massive crowd erupted when the band, all dressed in white, took to a stage that looked more like it was set-up for a wedding then a rock show. Along with King Parrot, this was my favourite performance of the day. After opening with their new track, ‘Motherfucker’ the group blew the crowd away with an incredible one and half hour set. Mike Patton, though a man of few words had the audience hanging on to every note he sang. The man’s voice really is incredible and extremely diverse, he flawlessly nailed every note, scream and growl – much to audience’s appreciation. Everyone in the crowd sang along to the band’s staple tracks like ‘Epic’, ‘Easy Like Sunday Morning’ and ‘Ashes To Ashes’ and moshed, crowd surfed and danced to hard-hitting tracks like ‘We Care A Lot’ and their new song ‘Superhero’. All in all it was an amazing performance, marred only slightly, once again by sound problems. 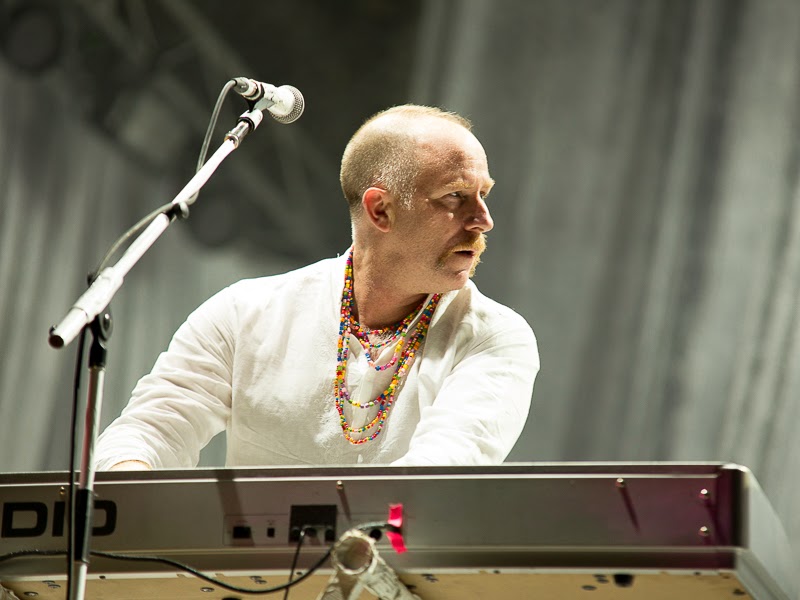 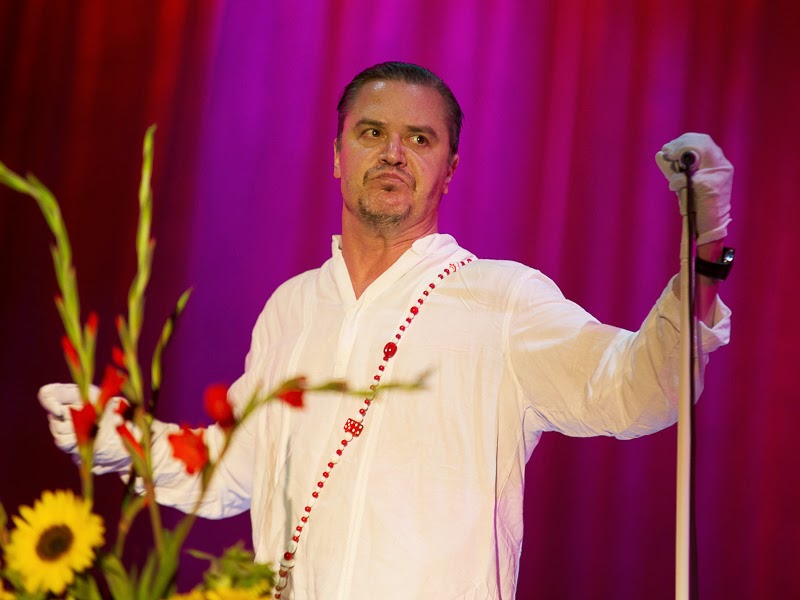 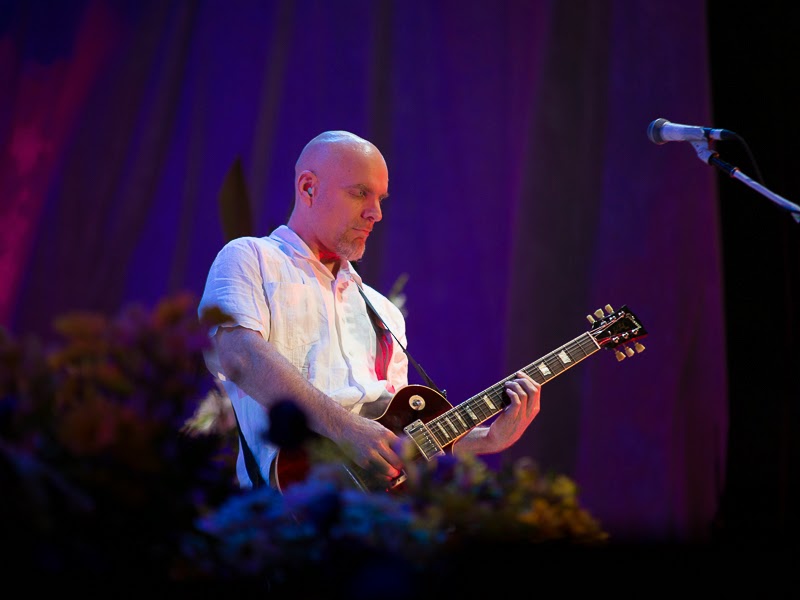 Not to be upstaged by anyone, Faith No More appeared immediately afterward resplendent in white robes, with hundreds of huge flower arrangements and vases adorning the stage, in front of a large white backdrop. For a band whose reformation once seemed very unlikely, they had surely pulled out all the stops to give Soundwave the full Faith No More experience. Patton, of course, was in full voice, as the band greeted its fans with Motherfucker. Hits like Evidence and the still-fittingly titled Epic came surprisingly early, but then, Faith No More have got more great songs than you might have remembered. From the thrash of Ashes To Ashes to their iconic cover of The Commodore’s Easy (still a staple on easy-listening stations the world over) this was undoubtedly the most varied and interesting set of the day. Unlike Cornell, Patton did submit to an encore, which included a treat for long-term fans in We Care A Lot. 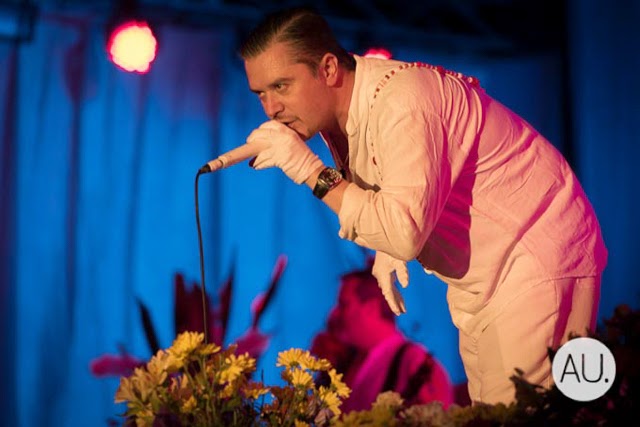 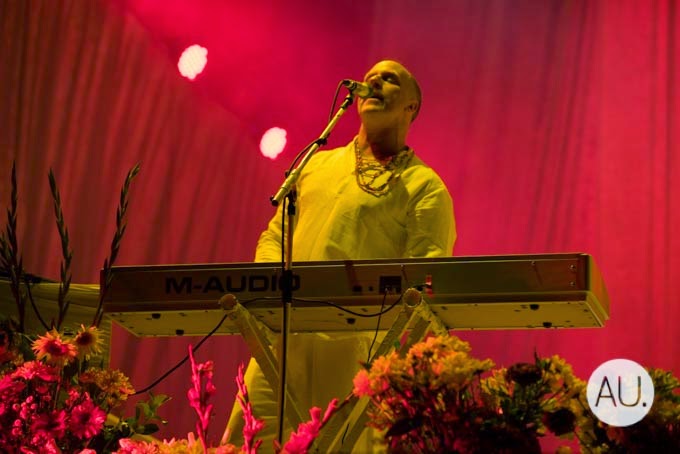 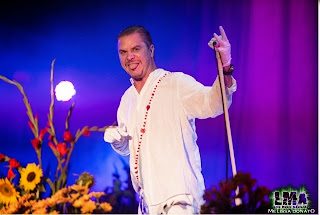 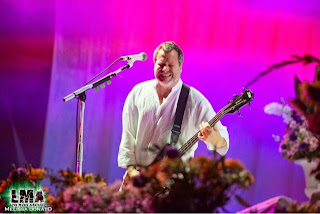 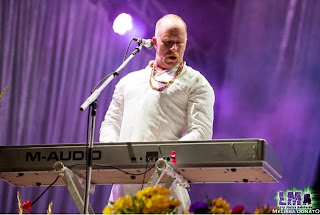 Caffeine, Ricochet, Epic, Evidence, Last Cup of Sorrow, Midlife Crisis, Everything’s Ruined, The Gentle Art of Making Enemies and Easy all came in quick succession and it was a heavy, stark contrast to the divine flower arrangements that flooded the stage bringing some colour to the all white backdrop and outfits worn by the four -piece.
Sure there were a couple notable omissions and the finale of Pristina was a slight let down but with a new album on the horizon (which the band teased with single Mother F ... r and Leader of Men) it won’t be long before Australia sees them again on their own tour tipped for later this year.
Patton was as frantic as we’ve seen him with his spine tingling screams probably giving North Adelaide residents nightmares for the coming week.
But there was one band who was genuinely scary on day one — a band whose guttural screams and powerful live show were matched by an equally menacing crowd. 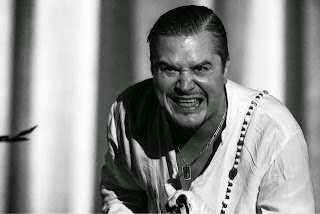 FNM went for some aftershow chowder at African restaurant AFRICOLA, this meal made the headlines.
TRIPLE MMM

"They (Faith No More) had an EPIC time, felt that Africola had such a beautiful story and how it's unlike anything happening anywhere in the world but could be placed in any city." Chef Duncan Welgemoed told Triple M. 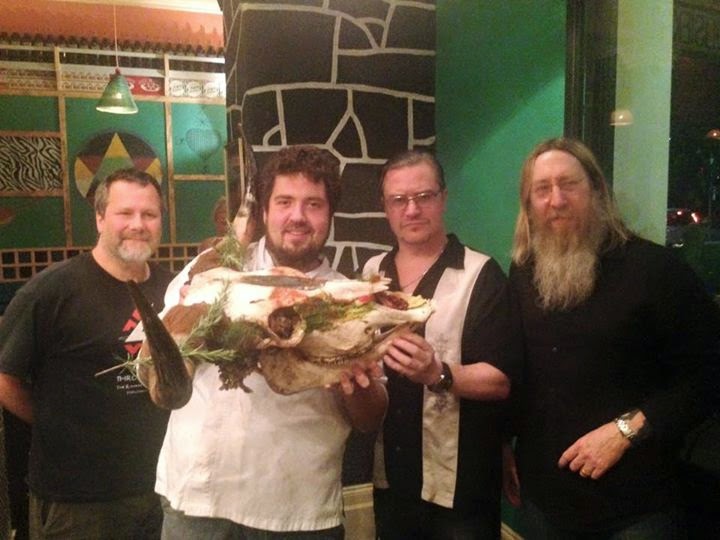 EVENT SCENE ADELAIDE took to facebook to express their joy being asked to provide the flowers for FNM's elaborate stage setup.
﻿
It was a surprise to get this enquiry to our inbox - can you supply the flowers and a team to set-up on the day for Faith No More at Soundwave? YES! With so many other events happening on the same weekend, we were lucky @Indy Rose Flowers was able to take over and prepare the flowers prior to the event. A HUGE thank you to @Indy Rose Flowers. We had a blast bumping them all in & setting up on the stage for Faith No More! Pretty cool experience! 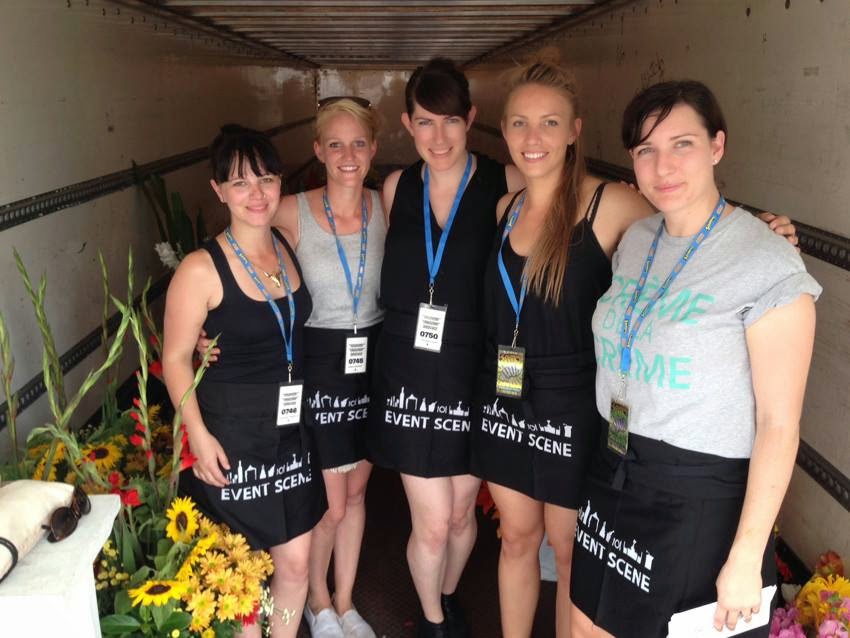