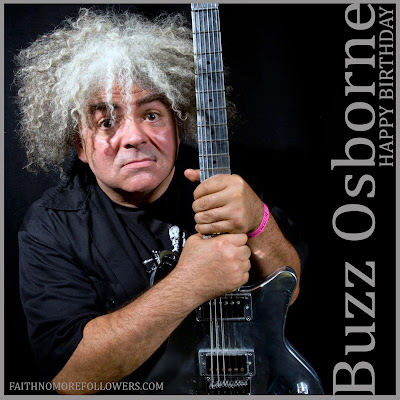 “I strive to make music that inspires other people to make music.” Buzz Osborne can rest easy, after all, he did help spawn the sound of an entire decade of music. '90s giants Nirvana, Tool and Soundgarden owed their sound, their success, to a band named after a dude no one liked. Buzz Osborne and Dale Crover gave birth to their l'enfant terrible in the early '80s and while their problem child is all grown up, it's still wreaking havoc. 25 years and 22 albums later the guys are still causing tinnitus in tender eardrums and have recently released an album of covers. Surprising fans with some of their choices Everybody Loves Sausage includes tracks from Queen, Divine, The Fugs, The Jam and Aussie swamp rockers The Scientists and features cameos by Mark Arm, Scott Kelly and Clem Burke. Prolific, playful, profound and anything but prosaic, Buzz Osborne tells us why The Melvins is not the easiest band to like.

When did you start writing/producing music - and what or who were your early passions and influences?

I've been writing music for over 30 years and I've been playing guitar for 32 years… Written over 200 songs easily… Early influences were Hendrix, The Who and the Ramones… I think influences are a hard question to answer. Where do you begin? They could be anything.

What do you personally consider to be the incisive moments in your artistic work and/or career?

When I quit my job cooking and delivering pizza and concentrated only on music, that was in 1988. 25 years with no other job! I'm cool with that believe me and I see no reason to screw it up.

What are currently your main compositional- and production-challenges?

The biggest musical road block is just trying to decide what to do. Anything goes as far as we're concerned and we simply try to keep it interesting which is not always easy. I write music and behave band-wise in a fashion that I would appreciate as a fan. I have a wide variety of interests.

What do you usually start with when working on a new piece?

Music comes first always, then the lyrics get inspired by what the song sounds like, unless it has no lyrics. Sometimes the best instrumental songs have lyrics as well… Ha!

How strictly do you separate improvising and composing?

Live we don't do a lot of improvising but my guitar solos change a bit as the tour goes on. Composing is like improvising because you are making shit up as you go along and then it turns into something else hopefully.

How do you see the relationship between sound, space and composition?

It's about sound it's about space it's about fucking up your face. I suppose the in-between bits are as important and the noise itself.

Do you feel it important that an audience is able to deduct the processes and ideas behind a work purely on the basis of the music? If so, how do you make them transparent?

I'm not 100% sure what it is you're getting at but I'll take a crack at it anyway. I have NO idea what the audience deducts and usually don't ask them if they get it. It's usually better not to know. Peter Green wrote in the song Oh Well, the lyric "Don't ask me what I think of you, I might not give the answer that you want me to." I think that's good advice under any circumstance. Honestly I hate talking to people who use the phrase "yeah but." Like if I was dumb enough to ask a fan if they liked the show they would say "yeah, but…" and then I have to stand there and listen to what comes after the "but." "Yeah but..." is the mating call of the asshole...

Cultural differences? Do you imagine all cultures walk in lock step? Are all white people the same? Are all black people the same? Are all Asian people the same? I'm considered a white person and I guarantee you most white people in the world have NO interest in what I'm doing musically. They don't like it.
This has nothing to do with culture obviously. If what you are talking about is MUSICAL culture then my answer would be very similar. I suppose there is a hip-hop culture and a heavy metal culture but we don't fit into those cultures either. Now I have no idea how other people write music or who they imagine they are writing it for, all I know is that I've never taken into consideration WHO was going to be listening to my music. I've always just assumed I had good taste and that if I write music that I like other people will like it too.

The relationship between music and other forms of art – painting, video art and cinema most importantly - has become increasingly important. How do you see this relationship yourself and in how far, do you feel, does music relate to other senses than hearing alone?

I suppose if you can actually HEAR music then it affects other senses in your body obviously, but the inroad is the ear. Cinema or movies have everything, story line, visuals and music. To me it is the ultimate art form. All art is communication even if you have no idea what is trying to be communicated. I've spent the vast majority of my career communicating to people who have no idea what I am communicating. This matters very little. 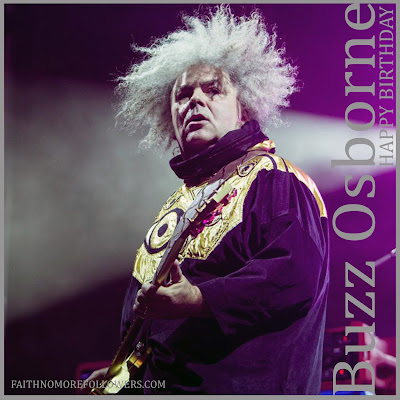 There seem to be two fundamental tendencies in music today: On the one hand, a move towards complete virtualisation, where tracks and albums are merely released as digital files. And, on the other, an even closer union between music, artwork, packaging and physical presentation. Where do you stand between these poles?

All music is virtual. It simply moves air and it matters not how that happens. The digital versus analogue debate is totally pointless. Believe me, you can make soulless sounding crap records with either medium. Recording techniques are simply tools and nothing more. I can work with whatever is in front of me and be just as happy with the result. All the techno music from the 80's was recorded to analogue and it all sounds like crap, case closed.

Packaging is cool in a lot of ways. I believe a move towards something a little more human in that department is desirable to SOME people, but that will be a small number. Most people will never care about such things and I have no interest in trying to make them care. I don't have the energy for that argument with music fans. You can lead a horse to water so to speak. The main and most important thing is the music which is basically free on the internet. I see a not-too-distant future where music is free for the taking and if you want something beyond that it will have to be cool and you are going to have to pay for it. That's just how it is.

The Internet Genie is out of the bottle and it ain't going back. The music industry as you ever knew it to be is OVER, get used to it. For those people who want the music to be free AND don't want to pay extra for something cool, we don't make cool stuff for the likes of YOU. Just be happy the music is free! Isn't that enough? What more do you want? How many records do you imagine I will make that lose me money? I promise it will be less than two…

The role of an artist is always subject to change. What's your view on the (e.g. political/social/creative) tasks of artists today and how do you try to meet these goals in your work?

I'm not particularly impressed with blow hard political artists. It's been my experience that the artists who are the biggest socialist loudmouths are all about spreading everyone else's wealth around, but have little or no interest in spreading around their own. I've never bought into that crap. They always end up being me-first babies who believe the road to happiness should be mooched out of someone else's pocket, and I don't think I exaggerate. But whatever, I'm simply talking about my own experience, I'm sure there are a lot of know-it-alls out there who completely disagree. Good, don't listen to me whatever you do. I only speak from experience and I would never want to keep you from learning these valuable life lessons all on your own.

There really is nothing like getting fucked over up-close and personal to change the mind of an idealistic idiot.

Music-sharing sites and -blogs as well as a flood of releases in general are presenting both listeners and artists with challenging questions. What's your view on the value of music today? In what way does the abundance of music change our perception of it?

Is there too much music out there? Probably, but the real question is whether the music is GOOD or not. Just because there is more music available doesn't mean that music will be better. I think that most bands are horrible and the more horrible bands there are out there the more a good band will stand out. My view of the value of music today is as it always was. There was no golden era of music. I like about as many new bands now as I ever did meaning, not many.

How, would you say, could non-mainstream forms of music reach wider audiences?

Word of mouth maybe, the internet is great for that. It's a tough call though and a hard row to hoe…

Usually, it is considered that it is the job of the artist to win over an audience. But listening is also an active, rather than just a passive process. How do you see the role of the listener in the musical communication process?

Well, who knows? I think they should like it and if they don't there isn't much I can do. For those people who don't appreciate what we do I'm sure there are plenty of bands out there who will deliver to you in great abundance exactly what it is you desire. We are by no means the easiest band in the world to like. Lot's of people dig what we do but it's not millions... Ha!

Reaching audiences usually involves reaching out to the press and possibly working with a PR company. What's your perspective on the promo system? In which way do music journalism and PR companies change the way music is perceived by the public?

I generally like the press we get but I often don't agree with it… Oh well… I WANT to talk about my work and I'm happy there's any interest at all. It's amusing to me when artists of any stripe refuse to do interviews. Why would you do this? I always imagine it's because they have no opinions and nothing interesting to say. That or they are just lazy. The laziness REALLY creeps in once the artist has sold millions of records and become fabulously wealthy. Then they generally won't do ANY press and do LESS work then ever. Most of them degenerate into boring disappointment. It's not at all hard to be disappointed by platinum selling rock stars.

Please recommend two artists to our readers which you feel deserve their attention.