MIKE PATTON | The Place Beyond The Pines 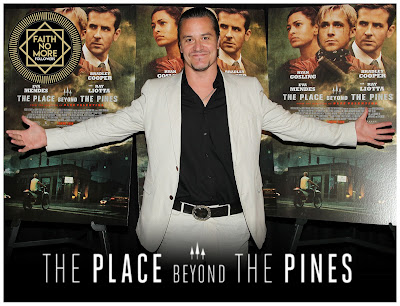 On this day in 2013 The Place Beyond The Pines was released, to which Mike Patton composed the accompanying soundtrack.

For his latest film, the Ryan Gosling-starring The Place Beyond the Pines, director Derek Cianfrance (Blue Valentine) enlisted his lifelong musical hero Mike Patton for the score. The pair talk with Lindsay Zoladz about their uncanny creative bond.

When I get Mike Patton and filmmaker Derek Cianfrance together on a conference call a few weeks ago, it feels like I’m eavesdropping on a conversation between brothers. They finish each other’s sentences, sketch in the details to each other’s memories-- it’s hard to believe they’ve only really known each other about a year. But when you consider their respective bodies of work, it’s easy to understand why they're on the same wavelength. Patton’s name has become synonymous with “genre agnostic”-- he’s fronted a number of impossible-to-define acts like Mr. Bungle, Faith No More, Fantômas, and most recently the experimental metal supergroup Tomahawk. Cianfrance’s career has taken similar twists and turns, moving from immersive documentaries (he’s shot profiles of Mos Def, Diddy, and Run-DMC), to impressionistic features including the searing, Oscar-nominated 2010 drama Blue Valentine, which starred Ryan Gosling and Michelle Williams. Something about the rhythms of Cianfrance’s films feel lyrical, almost musical, so it comes as no great surprise when he says, "I always felt that music has taught me how to be an artist and see the world.”

And no musician has impacted his vision more than his longtime hero Mike Patton. Cianfrance has been a huge fan of Patton’s many projects for more than two decades (he used to cut his student films to Mr. Bungle songs), so it’s still a bit surreal to him that Patton composed the original score for his latest feature, The Place Beyond the Pines. Starring Gosling as a troubled stunt motorcycle driver and Bradley Cooper as an anxious cop, Pines is a multi-generational meditation on masculinity and lineage. Patton’s haunting score is the glue uniting the film’s three disparate sections and many different tones. His more visceral and industrial compositions effectively rise above the grumble of Gosling’s motorcycle, but it’s the quieter moments that linger. Patton’s piano-driven score is appropriately ominous, as though it gets to glimpse the danger around the corner just a few moments before the viewer.

Though their serendipitous meeting was two decades in the making, judging from the creative sparks flying between them on the call, Pines could be the beginning of a long collaboration.

Pitchfork: Derek, how did you first get into Mike’s music?

Derek Cianfrance: My older brother gave me a cassette tape of Mr. Bungle, and I couldn’t stop listening to it. I used to drive around Colorado in a Mustang II-- it was when they got away from the muscle-car Mustangs, so it was sort of old lady. I couldn’t go above 45 mph in that car, but I would drive around listening to Mr. Bungle.

Then in Denver, around 1991, I saw Bungle play, and it was one of those transformative musical experiences. It was the best show I’d ever seen. Patton was wearing, like, a bondage mask with horse blinders. Mike, I’m not making that up, right? You had horse blinders on?

Mike Patton: Yeah, I still have them.

DC: I was mesmerized-- I saw him licking some bald guy’s head in the front row.

MP: That I have no recollection of.

DC: So Patton became a hero of mine, almost to the point of obsession. I bought everything he ever recorded. Anyone in my life knew that Patton was the person I worshipped and wished I could be like when I grew up.

When I was living in Boulder, there were these two girls who lived underneath me who kept coming up to the house and bringing us food, which was nice. But I started listening to Patton’s music as loud as I could because I wanted to be left alone at that time. [laughs]

MP: That’s what my music is good for-- clearing out the house and being alone. [laughs]

DC: When I was growing up and as a film student, I’d always put his music to [soundtrack] my films. My images and his music felt linked. It’s a kinship, really.

Pitchfork: So flash forward about two decades. How did this collaboration come about all these years later?

DC: I was at [talent agency] WME and an agent stopped me in the hallway and said, “Hey, I want you to check out this new guy we’ve got doing soundtracks, he’s really exciting.” And I said, “What’s his name?” And he says, “Mike Patton.” I stopped the guy in his tracks and said, “Don’t tell me another word.”

Two weeks later, Mike and I met up in New York and we talked about maybe collaborating someday. He had read the Pines script, but I had another composer attached to it at the time. Then I shot the movie, and it wasn’t meant to be with the other composer. So I called up Mike.

MP: Which really surprised me. I was like, “I gotta get my shit together.”

Pitchfork: Mike, tell me about the process of working on the score. Did Derek give you a lot of direction or did you pretty much have free reign?

MP: Derek would say, “I have this kind of scene, here’s the vibe, here’s what I want.” It wasn’t like I had to score to picture, which I’m not so good at. He basically allowed me the freedom. Even if the scene was 30 seconds, I would write a three or five or 10-minute piece. Maybe it’s not going to fit the film, but to me it’s more important to explore and be able to go up, down, left, right-- Derek approached me in a musical way, which was very respectful and enticing.

DC: In all my time making films, it felt weird hiring an actual composer to work the picture. It wasn’t a process I was familiar or comfortable with. So when Patton came on, I said, “I’ve loved your music my whole life. You know what the script is, you’ve seen the footage, you’ve seen some cuts, you’ve seen images. Just make your music.” And when his music started coming in, it was instantly part of the world these characters were in. It felt like their souls.

MP: The creative process for a musician is very different than for a filmmaker. I have an idea and I can pretty much execute it. As old as I am now and as long as I’ve been doing it, I can pretty much get it done in a week. Poor Derek has a great idea that should be out tomorrow, but he has to go through this process of getting financing, then selling it, then casting. I’ve always been in awe of filmmakers and their patience in realizing their vision because I could never do that. I would have given up on Pines as soon as the first person said "no." Derek and filmmakers in general have the thickest, most amazing layer of skin. I wish I had that.

Pitchfork: Derek, you also worked with Grizzly Bear on the music for your previous film, Blue Valentine. Was that process very different?

DC: I felt like that movie was ultimately about about relationships. And in Grizzly Bear’s music, there’s all these duets between Daniel Rossen and Ed Droste. Their music felt very much like this interplay between the masculine and feminine to me. It fit. This movie is dealing more with issues of legacy and haunted pasts. Whenever I listened to Patton's music throughout my life, I always thought it was so cinematic. It was no surprise to me when I heard he was making soundtracks.

MP: I saw Blue Valentine after we got in contact, and I remember thinking, “Oh, you did that movie. My goodness.” I felt a similar sense of magnetism, like, “I know what this guy’s doing."

Pitchfork: Derek, do you have an overall philosophy about the role music plays in your films?

DC: Making a film is like making a mixtape. You’re collecting all this stuff and putting your favorite stuff into it: you have actors that you like, characters that you’re interested in, moments you want to explore, themes you want to deal with, music that you want to put in. It’s a pastiche of all these things that deal with how you see the world. You’re just trying to make a love letter, a gift. I feel similar to a lot of people. I don’t feel unique. So what I’m trying to do in my films is provide something for people like me, but also a collection of scenes that instigate.

That’s what I always liked about Mike’s music, too. It always felt like it was provoking something. Even at that Mr. Bungle show, the band played this version of “Time” [by the Alan Parsons Project.] It was so beautiful, but he was also playing to a crowd full of metalheads who didn’t always listen to that type of music. But that didn’t mean they felt it any less. Mike's never going to make music that’s not Mike.

MP: That’s all you can do. God help you if Hollywood gets a hold of you, but I have complete and utter faith that Derek is going to make his films the way he wants no matter what outside influences there are. 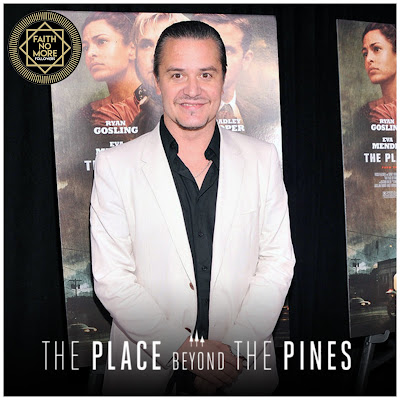