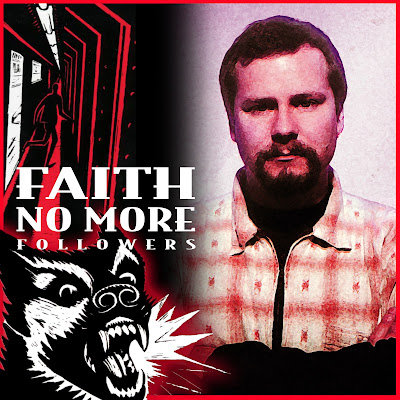 This month marks the 21st anniversary of the release of Faith No More's fifth album 'King For A Day.... Fool For A Lifetime'.

Last year we posted two in depth articles comprising of quotes, information and reviews of this unbelievable album. (KFAD 20 #1 and KFAD 20 #2)Therefore this year we approached Bill Gould (who's support for our page never falters. Thanks Bill) to talk about KFAD 21 years after it's release.
We hope his answers shed a little more light on the production of what is without doubt a masterpiece in music history.

KFAD seems to be the FNM album that hasn't aged at all. It sounds today as fresh as it did in 1995. Do you agree?

This might sound strange, but it’s been quite awhile since I listened to that album, or any of our albums for that matter, so I don’t know. What I can say, though, is that when we made it, we had hoped that it would withstand the test of time.

It is an album of extremes, your most brutal in parts and your most in subdued in others. It's certainly the most diverse. The different styles of playing must have been a lot of fun to record?

It had some fun moments in that we did some things we had never done before, like working with a choir, horns…but as far as where we went with it style-wise, we didn’t really go there for the sake of it. We just wrote some songs that happened to have a lot of contrasts to each other, as we generally do.

Where did the idea to include live brass on Star AD and a choir on Just A Man come from?

Well, I wrote the horn parts for Star AD with a midi instrument, so anything less than real horns would have sounded completely ridiculous. The choir on Just a Man, if I remember, was Mike P’s idea. We recorded both the horns and the choir the same afternoon..it was quite a fun day.

It's written that most of this album was written by yourself and Puffy. No guitar and the riffs were written on the bass. Is this why the album has less layers and more space than others in your catalogue?

I can’t say I agree with that…there were songs written with guitar, and Mike P had a big hand in writing as well. I think the real reason there are less layers and more space, is because we were coming off touring what we considered a very dense album (Angel Dust) and we wanted to add an energy that felt a little more immediate.

'Get Out' was written by Patton, even the bass parts. Yet it sounds FNM through and through. Is this testimony to how in sync you were at the time?

We definitely share a lot of similar tastes, music wise. We’re all different people, definitely, but I believe we’re at our bests when we are in sync with each other.

Do you still consider it the album you are most proud of?

I am as proud of it as any of the others, no more or less really.

You once described KFAD as a catharsis. Isn't every album? Or was it just that there was a lot more cleansing to do at this time?

They all are in a way, I suppose. This album was a big one in that we made some big changes and there was a definitely a process of rediscovery as to who we were, as a unit.

Looking back do you think those changes were essential in creating KFAD?

This album? Definitely. Everything that happened regarding the making of that album is part of the story. Working with Trey was very stimulating, things came together much more easily we were used to. Andy Wallace was the first producer we worked with outside of Matt, and his approach was definitely different, and we learned a lot from it. Then there’s Bearsville Studios — when I hear that album I still get mental images from recording at that place.

Trey taking over on guitar was a wet dream for fans due to his work with Mr Bungle. Yet his parts are much less eccentric than expected. Did you have to 'hold the leash?’

Not at all. Trey can be as eccentric as required, but that shouldn't have to be his "thing”. He does what’s best for the material.

Was KFAD a rebirth for the band?

In some ways it was. It wasn’t necessarily THE rebirth, but it definitely reflects some creative changes that we went through and survived.

You also said that FNM's singles are your 'public face' and the albums your 'public shame'! Is that how you would describe KFAD? There is some fantastic dirt on there.

With the exception of 'Sol Invictus' you guys spoke to the press about KFAD in more detail and with more passion than any other album. Why was this album easier to talk about?

I'm not sure. I know that when we finished it, we were very happy about it and happy to talk about it.

'Take This Bottle' was your baby. And again it sits perfectly on the playlist. Is it true that you were unsure about whether it would?

I was totally unsure about it at first, and didn’t really push it…it was the enthusiasm of the others, particularly Roddy, that probably helped it see the light of day.

KFAD was received with mixed opinion, yet it didn't take long for the same critics to refer to the album as a classic, in some cases the 'ultimate alternative record’!

I hear a lot of different things from different people. A lot of people tell me that this was their favorite album, a lot of bands say this was a big influence for them. And then again, a google search will show you that the album wasn’t exactly well received from critics when it came out, and I still seem to run into people who don’t care for it.

In 2011 Chile were treated to that very special show when you guys played the whole album, and were joined by Trey. Why KFAD?

We’d been to Chile a few times already, and decided if we were going to go back one more time, it had to be in order to do something special. Trey was into the idea, it just made sense.

Eric Drooker has also shown much pride in you guys using his illustrations, how did it come about?

We were all thinking about album design and this photo really stood out to us as something that paired well with what we were trying to achieve with our music.

Can we hope for a deluxe reissue any time soon?

I think there is a high chance that this will happen. 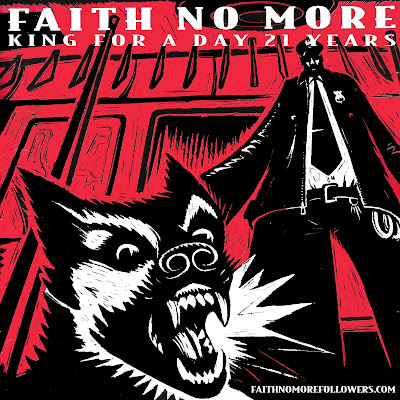