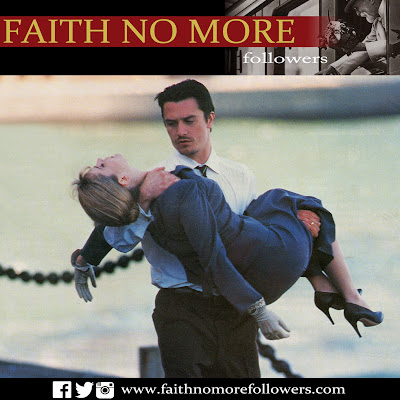 "This came from me a little bit... I would say it's a little more dub like, the bass line was very dub-ish. I think I heard something like this - just a very heavy, slow song, probably like a cross between some old dub records and something like Basement Five and a band like Chrome. They were an old San Francisco band, kind of like punk that was very heavy metal, but dark and foreboding... very cinematic. Ifs depressing, but beautiful at the same time. As an album, it was our death record and it was something to feel, something we were going through. The words are from Patton, but I think we were all on the same page with this one."

LOS ANGELES—As a homage to Alfred Hitchcock, Faith No More's  new video "Last Cup Of Sorrow" shows the band in a parody of the legendary director's 1958 movie "Vertigo." "I always thought 'Vertigo' had an interesting music video feel to it because of the [rich Graphics] in the film," says GMS director Joseph Kahn. "Also the of idea of FNM's Mike Patton playing Jimmy Stewart seemed funny to me. Basically you're taking this really subversive person and putting him in this clean, sterile, technicolor 50s world, yet pieces of the subversiveness of his persona keep coming through this world. It's like blending an old film with this totally weird 90s type of guy."
One of the moments Kahn is hinting at is a scene showing Patton hiding a porno magazine from actress Jennifer Jason Leigh, who plays the dual roles originally portrayed by Kim Novak. As in the movie. Patton rescues Leigh's character from drowning and brings her back to his apartment.
Leigh's second character is not as clean cut as in Hitchcock movie. After the blond character supposedly falls to her death, the actress returns as a sado masochist call girl in a black wig who attacks Patton's character. Ironically, she uses as a weapon the same stool that Patton was unable to stand on earlier in the video due to his fear of heights.
"That's the type of subversive stuff I liked doing, without disrespecting the film," Kahn explains. "But personally I think Hitchcock would have liked the sense of humour."
Like the movie, which was recently re-released in U.S. theatres, the video was shot in San Francisco—Faith No More's home town—often at many of the same original locations used for
the film. For example, the Supper Club. formerly known as Ernie's, was the restaurant that Hitchcock was originally trying to depict in his film. The filmed movie scenes however, were shot on a movie set built to look like the restaurant. To create an authentic touch, Kahn, Leigh, and the band managed to shoot the scene inside the actual restaurant, which had just reopened it's doors.
Throughout the video, the band members—Patton, vocals; Billy Gould, bass; Roddy Bottum, keyboards; Mike Bordin, drums; and John Hudson, guitars—are shown in cameo roles assigned by Kahn.
"At first I was kind of bummed because I [was asked to portray] the lady in the painting, which I didn't really wanna do," Gould says with a laugh. "But it all worked out good."
According to Gould, picking a video treatment is often a tedious process
for the band, since there are seldom treatments the members can collectively get enthusiastic about "We Usually pick the one that's the least bad," Gould says. "But in this case (the idea) sounded pretty good. And when we got to the shoot and met Joseph we knew it was a good thing. He's a cool dude. We very much had the same vision, which is  really rare. It made for a situation in which we felt we were actually creating something together."
'Last Cup Of Sorrow' premiered May 18 on MTV's "120 Minutes"and is anticipated to go into active rotation by the week of June 16, according to Wendy Griffith.
Says Gould, "It doesn't look like an MTV video, which I like, it's definitely different." 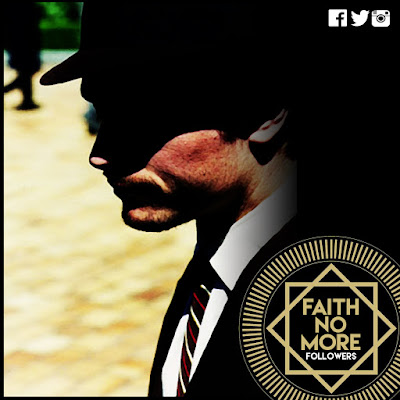 In keeping with the theme the artwork too pays homage to the movie, imitating the design of the 'Vertigo' cinema poster. 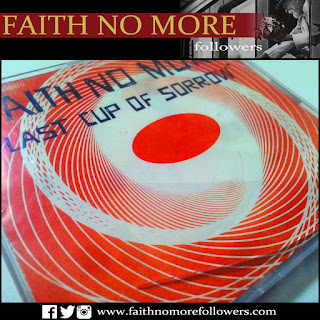 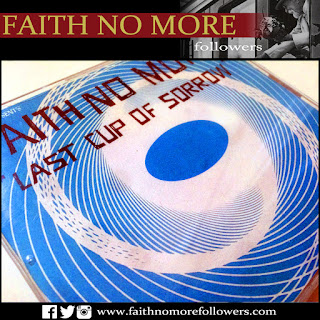 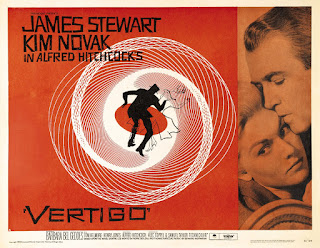