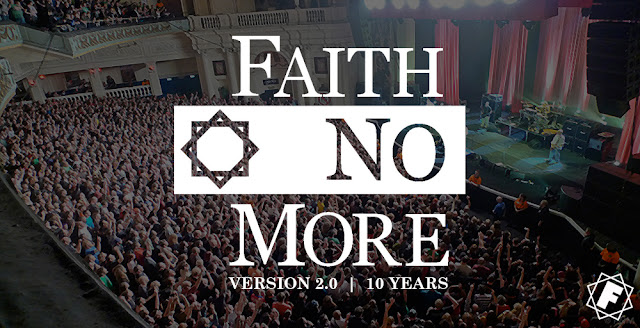 On June 10th 2009 Faith No More played their first show after eleven years away at Brixton Academy.


We Had Faith All Along

In 2009 Faith No More returned, yes thank fuck for that! They returned to save us all from weak pretenders to the alt metal throne. During the eleven dark years in which we roamed the wilderness starved of FNM shows we had all grown weak, struggling to find a replacement subsistence.
Mike Patton had crushed our spirit further by telling us many times that a reunion would never happen, at least not with his vocal leading the attack. And why would he, his career was flying, with a new project via Ipecac Recordings every other month.

In those years there were also regrets. Why hadn't I been to more shows? I would've left school.....sold all my worldly possessions to follow them around the world.

FNM had left us and we took it hard, lonely nights clutching the Album of the Year LP with harsh words ringing in my ears.....'Puffy did it'. However this album wasn't a fitting end to such an illustrious career. None of us could find peace.

It did of course happen, FNM found each other again and were reunited for the first time at Brixton Academy.

A trip to London can be quite scary for a Yorkshire man, too many busy people, big buildings and ways to get lost on the underground. But thankfully on this occasion London was a welcoming city that beckoned fans of the greatest band to join their homecoming parade. Even tube strikes, which any other time would have meant 'northern man meltdown', were easy to overcome. And the journey was full of gleeful debate on which songs would make the set.

The majestic front face of Brixton Academy, with its domed entrance flanked with pillars was crowned that day with three foot high letters reading F A I T H N O M O R E. Such a breathtaking sight.

There was already a queue of guys who I'm sure had fuller heads of hair the last time they were here to see this band live. We joined with phone open on Roddy Bottum's Twitter and delighted in a picture of biblical proportions, a megaphone sat centre stage. Oh my Patton overload.

After we filtered into the venue we put in action a well considered plan, one set out for the merch desk to purchase shirts while the other made camp front and centre stage. That's right man in Metallica shirt trying to push your girlfriend in, you weren't going to rob me of this opportunity to be as close to my heroes as possible.....you would have to prise my dead fingers from the railing before you got in front of me.

Then the moment we had anticipated for so long arrived....And when five seasoned metal, rock, whatever legends step out of the darkness wearing pastel pink and blue suits to a Peaches and fuck knows song....you know these guys have meticulously planned their comeback for maximum effect.

After two encores, which included a traditional unexpected cover, Chariots Of Fire, they were gone....but this time we knew it was just the beginning of a new era.

Naturally the stage show was of a slower pace than 11 years previous. Patton seemed to more engaged with the lyrics and vocals than throwing himself about like an escaped lunatic, not to say there weren't moments of lunacy in his performance. One security chap suffered a severe head slapping from Patton. Something that many in the crowd would've given anything to have inflicted upon them. Roddy and Jon Hudson held each corner of the stage with majestic stature. Mike Bordin hit the drums with furious aggression like is was 1995. Bill Gould looked liked a man who had returned home, at last. 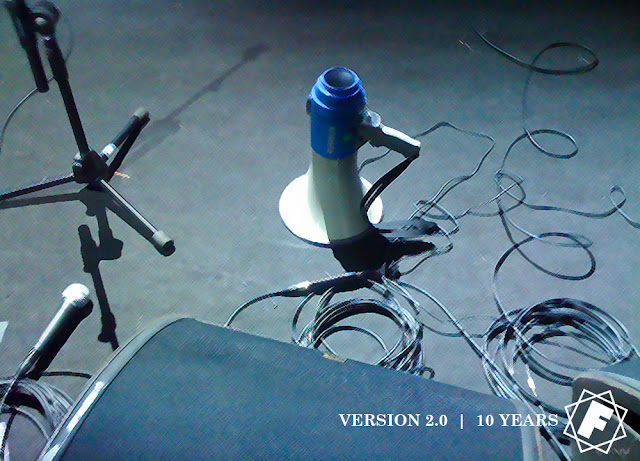 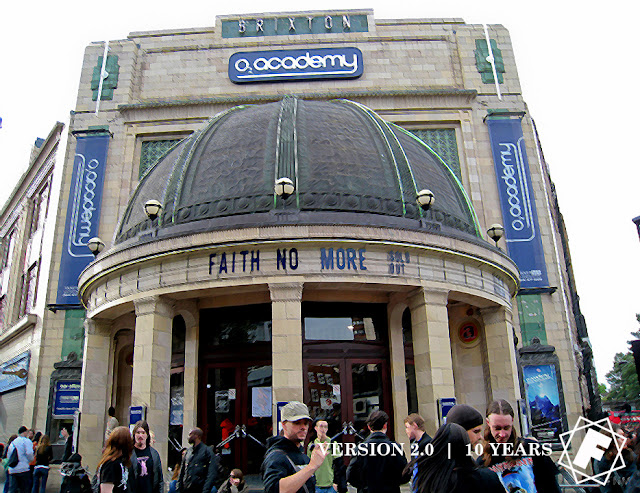