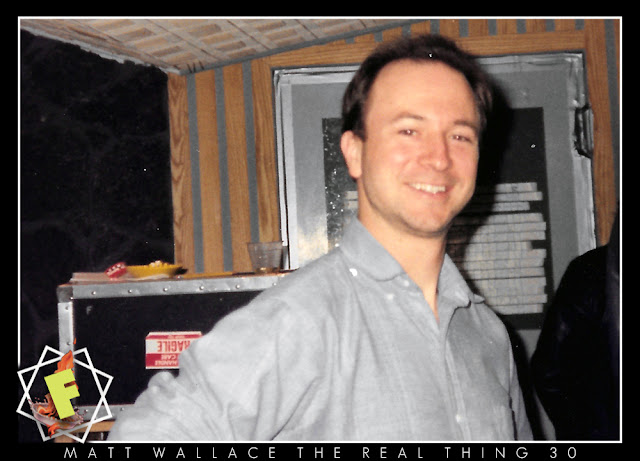 Matt Wallace produced and engineered Faith No More's third studio album The Real Thing.
Matt started working with members of FNM in 1982, he produced the band's first demo in his parent's garage, mixed sound on their first live show, and went on to be an essential part of We Care A Lot,  Introduce Yourself, The Real Thing , Angel Dust and Sol Invictus. His skills behind the desk have helped to shape the unmistakable signature sound of the band.


...they took the world by storm

There is a notable precision in Matt's engineering of music and with The Real Thing  he found ways to highlight the right instrument at the right time. This album features some of Jim Martin's best guitar parts caught on tape perfectly by Matt, Mike Bordin's drums sound punchy and explosive and Mike Patton's voice is a crystal clear that would begin his journey to being one of the greatest vocalists of all time. Matt helps the band's different shifts in mood, dynamics and genre blend seamlessly, from Roddy Bottum's atmospheric keys to Bill Gould's funk/punk bass twang.
The overall textures of The Real Thing are more polished than it's predecessors.

"It made us look more professional than we were. It actually had a big dimension to it. I liked seeing ourselves in that light. I didn’t see us like that before. I thought we were just scraggly, filthy people. I was like, Oh my god, I’m in a rock band. It was something I never thought I would have been even a year before." - Bill Gould 2017

We caught up with Matt and he kindly spoke with us about the recording process and how he feels about the album thirty years later.
Matt also sent us some fantastic photos from the studio to share.

In late '89 The Real Thing became a sensation. How did it feel to see your friends and colleagues gain such deserved success after years of producing music with them?

I was thrilled for the FNM guys having kind of ‘grown up’ with them and having had success with them. They were, and still are, the only band where I slept in the same damn room with them (all 6 of us slept in a loft during the making of the 'We Care A Lot' album, and Jim, Bordin and I slept in the same room during the making of the 'Introduce Yourself' album).  We learnt as we went along and, of all the bands I’ve worked with, FNM felt the most like brothers or kindred spirits to me. It was so rewarding to see them gain success and be able to make a living after working so hard for so long. 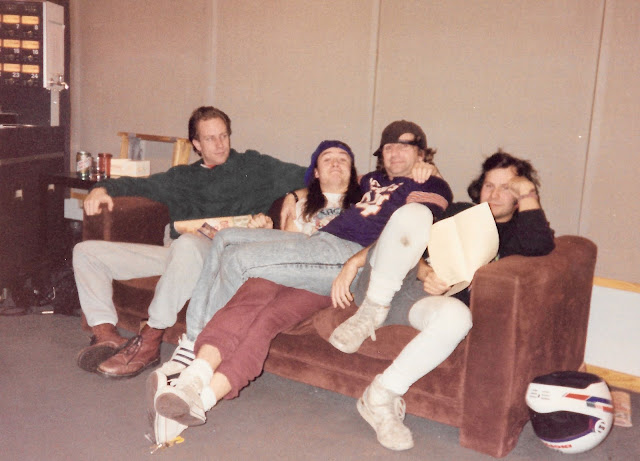 Thirty years later and it is revered as a seminal album that changed the course of guitar based music and inspired generations. How does it feel to have been such huge part of that?

I am just damn lucky that they guys kept me as part of their team after they got signed to Slash Records. I was in contact with Mike Bordin a lot during that time so I had the inside scoop as to who was offering them a deal and how things were progressing. Honestly, they could have worked with anyone after I did the 'We Care A Lot' album with them but they brought me along and I’ll forever be grateful to them. The fact that Bordin and Gould recorded in my parents’ garage when they were part of Sharp Young Men and Faith No Man and that I did live sound (and recorded) their first show at On Broadway in San Francisco is pretty fucking cool.

Were you aware at the time of the impact on the industry The Real Thing might have?

No. The band and I always thought we were making ‘pop music’ while working on 'The Real Thing' but, honestly, it became pop once they took the world by storm with 'Epic'.  Prior to that, Warner Brothers (now a part of the team, along with Slash Records) kept saying ‘we love this album but radio will never play it' because radio had never played ‘rap metal’ until FNM. We always set out to make the very best version of music that FNM wanted to make at any given time but, no, I certainly never had any belief that we would make it to #9 with 'Epic'. 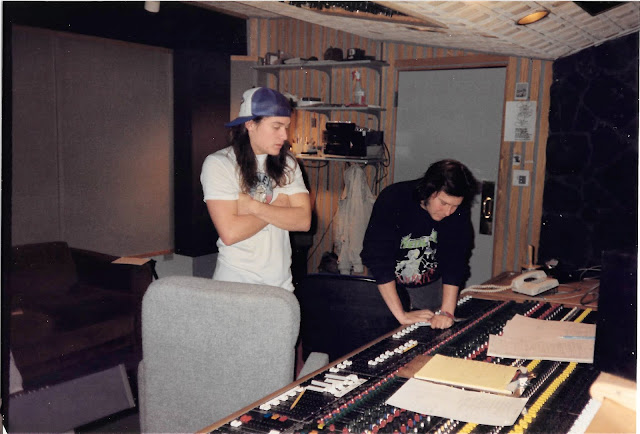 What effect did the success of the album have on you?

A lot of bands began to notice me as a producer. Korn, System of A Down, Hoobastank, etc all started reaching out to me to work with them. And, of course, it was the first record I ever did that actually paid royalties so, along with being paid to produce other records, it helped me buy my first house (but it was the biggest financial windfall I ever had up until that point).

The music is an obvious progression from Introduce Yourself yet it retains an unmistakable FNM sound. Can you remember hearing the new material for the first time?

I absolutely remember the new material because the band was down in Los Angeles for a while when they were a 4 piece (no Chuck Mosley) so we were rehearsing some of the music they’d recently written. It’s interesting because all the music was written before Patton came on board so any and all ‘progression’ from 'IY' to 'TRT' is strictly the band trying to grow and continue to push boundaries. The music was exciting and, being a FNM fan, I really liked it but you never know what you have in terms of actual songs until the singer steps up to the microphone. 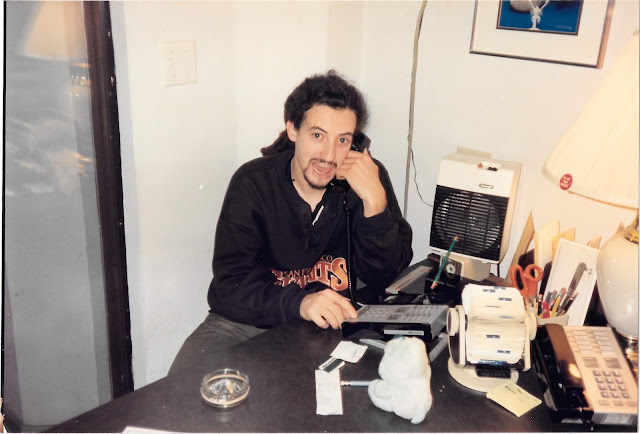 Speaking about the studio sessions. How much input did you have in the writing, arrangement and dynamics?

I had no input in regards to writing as that was 100% the band. I did jump in with arrangement ideas, which is kind what I usually do with bands and artists. I can’t imagine that I had much input on dynamics during 'TRT' whereas during 'We Care A Lot' I believe I was a bit more involved in dynamics.

Did the band involve themselves in the production?

No, the band wasn’t involved in the mixing nor engineering of the record other than the usual creative input by them which I then tried to put forth in terms of sonics, levels, vibe, and aesthetic. 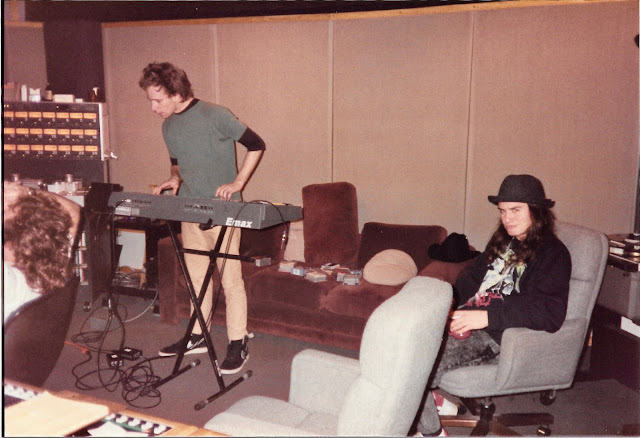 You have talked in the past about Mike Patton’s tone of voice and vocal skills on this album. But what was he like to work with?

Working with Patton was like trying to ride a bull or a racing motorcycle in that he was absolutely prepared to write and sing and deliver the songs and he was (and still is) an exceptional singer. He and I had disagreements about ‘tone’ and the fact that we weren’t able to capture the full range of his voice. But, I don’t believe that I’ve ever worked with anyone who was built to sing like Patton because he made everything sound and appear to be effortless but, if you really listen, he’s doing some amazing singing, phrasing, and lyric and melody writing.

Whilst recording Introduce Yourself there were issues with Chuck and during the Angel Dust sessions issues with Jim. Does this mean The Real Thing was the easiest FNM record to work on?

Good question. The easiest FNM album was 'We Care A Lot' because we were all focused together and it only took 6 days to record AND mix. 'The Real Thing' was a relatively easy record to make because it felt like everyone was moving in the same direction and everyone was contributing equally. 'TRT' was one of the highlights in terms of us getting the guitars right. 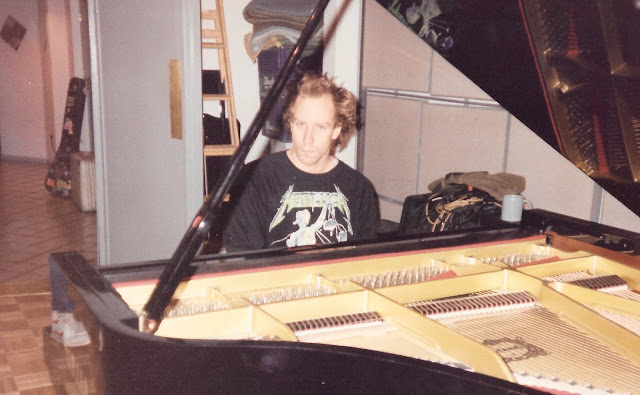 You have said that you almost quit after hearing the final mix. What was it that you were so dissatisfied with?

I mixed with far too much high frequency EQ and too much compression. I thought it sounded terrible on my car and home stereo. BUT, it absolutely killed on radio and MTV so, at least I got that part right.

What are your moments are most proud of now?

Well, getting a song to #9 with 'Epic' is certainly a highlight of my career. Working with the guys who were all hitting a creative peak and having become excellent musicians was a thrill. The fact that the album is pretty eclectic and diverse but still has a thread that runs through it is pretty cool. I love the melodic ferocity of 'Woodpecker From Mars', the ugly, horrible sonic assault of 'Surprise! You’re Dead!', the lyrics and vocal on 'The Real Thing', the fact that 'War Pigs' sounds more powerful than Sabbath’s original version, watching a stripper in San Francisco dance to 'Edge Of The World', the weight, instrumental melody, and lyrics of 'Falling To Pieces' and 'Zombie Eaters' is just flat out brilliant. 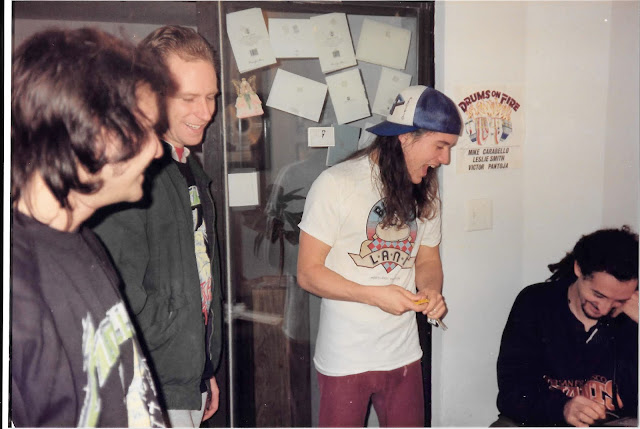 If you had the chance to re-engineer the album with modern technology in a similar way to 2016’s We Care A Lot reissue, would you?

No, I wouldn’t change a thing. The album, with all it’s flaws and limitations, is absolutely perfect.  My sketchy engineering and mixing abilities somehow contributed to it being a great album. To be fair, at least 90% of the brilliance of that record comes from the band’s brains, hearts, vocal cords, hands and feet. They generated the sound and the fury and I was just lucky enough to be there to witness and capture it.

If so how would your approach differ?

I would have probably ruined it if I re-recorded it. As much as I would love to re-mix the album and ‘make it better’, it really was a moment in time when the 5 guys in FNM burned bright, with tremendous focus and spirit, and their songs and performances made the world stand still, if even for a moment, to listen.