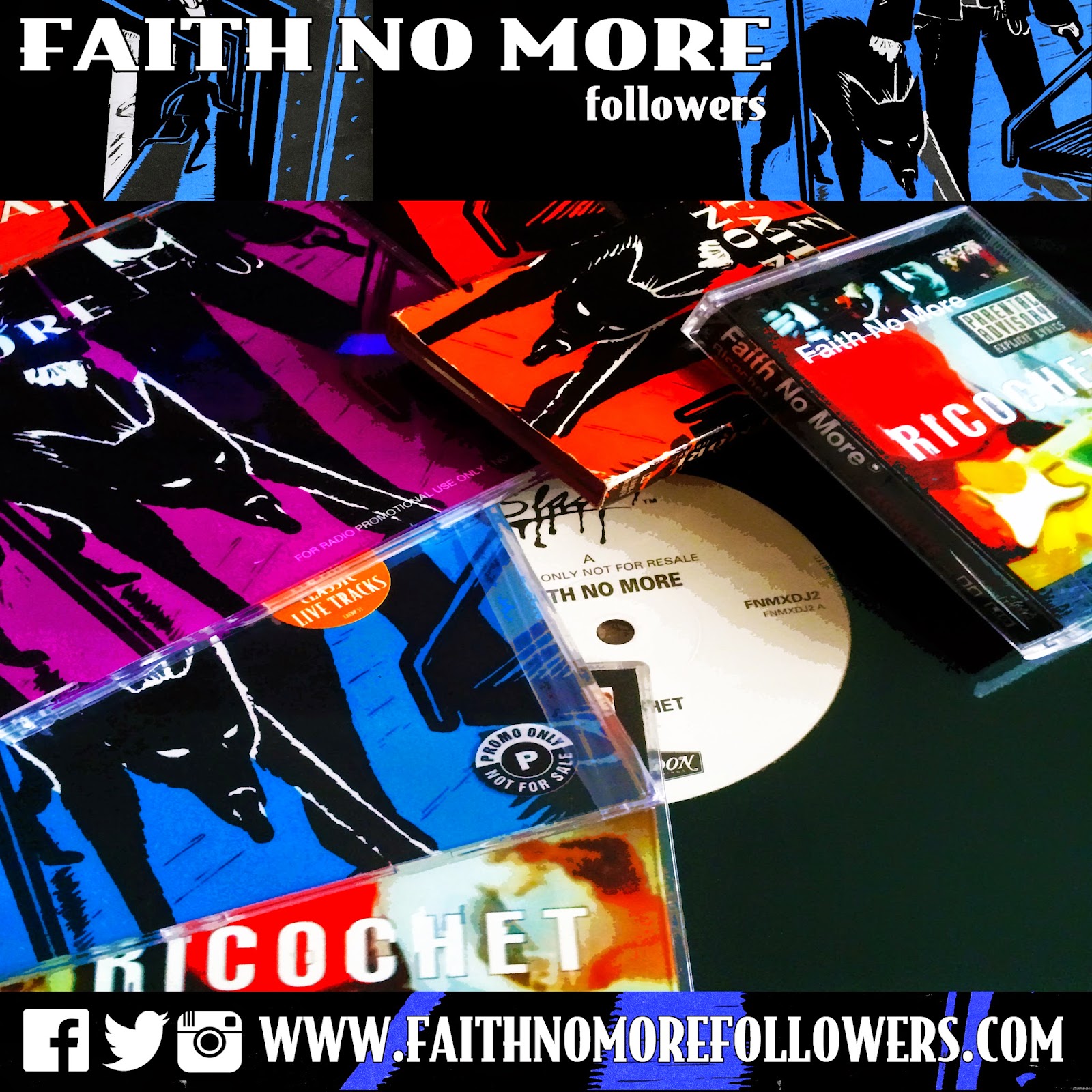 Faith No More released RICOCHET on May 1st 1995 as the second single from King For A Day....Fool For A Lifetime. Music credited to Mike Patton, Bill Gould and Mike Bordin with lyrics by Patton.


The song reached number 27 in the UK charts, 58 in Australia.

Called 'Nirvana' on set-lists it has been questioned whether the song is about the death of Kurt Cobain. But band members says the only reason for this is that the song was written on the day of his death.

"It was written the day that Kurt died. That's just why it was called "Nirvana." (Pause.) I like that one. The vocal harmonies are really really great. And those are my favourite lyrics on the record."

Several lyrics on 'King' seem to snarl against the trap of celebrity, entrapment and the ageing process. But Patton dismisses any suggestion that the Kurt Cobain saga had any effect on him ("I didn't know him or anything").
As a singer in a rock n roll band who may have gone through some of the same things that he did, you had no thoughts or feeling about the whole business?
"What can I say? (Laughs). What can I say? I'm sorry? Bad things happen, y'know? I'm sure it wasn't as great as everyone thinks it was."
What wasn't?
"His suicide, I'm sure wasn't such a glamorous event." 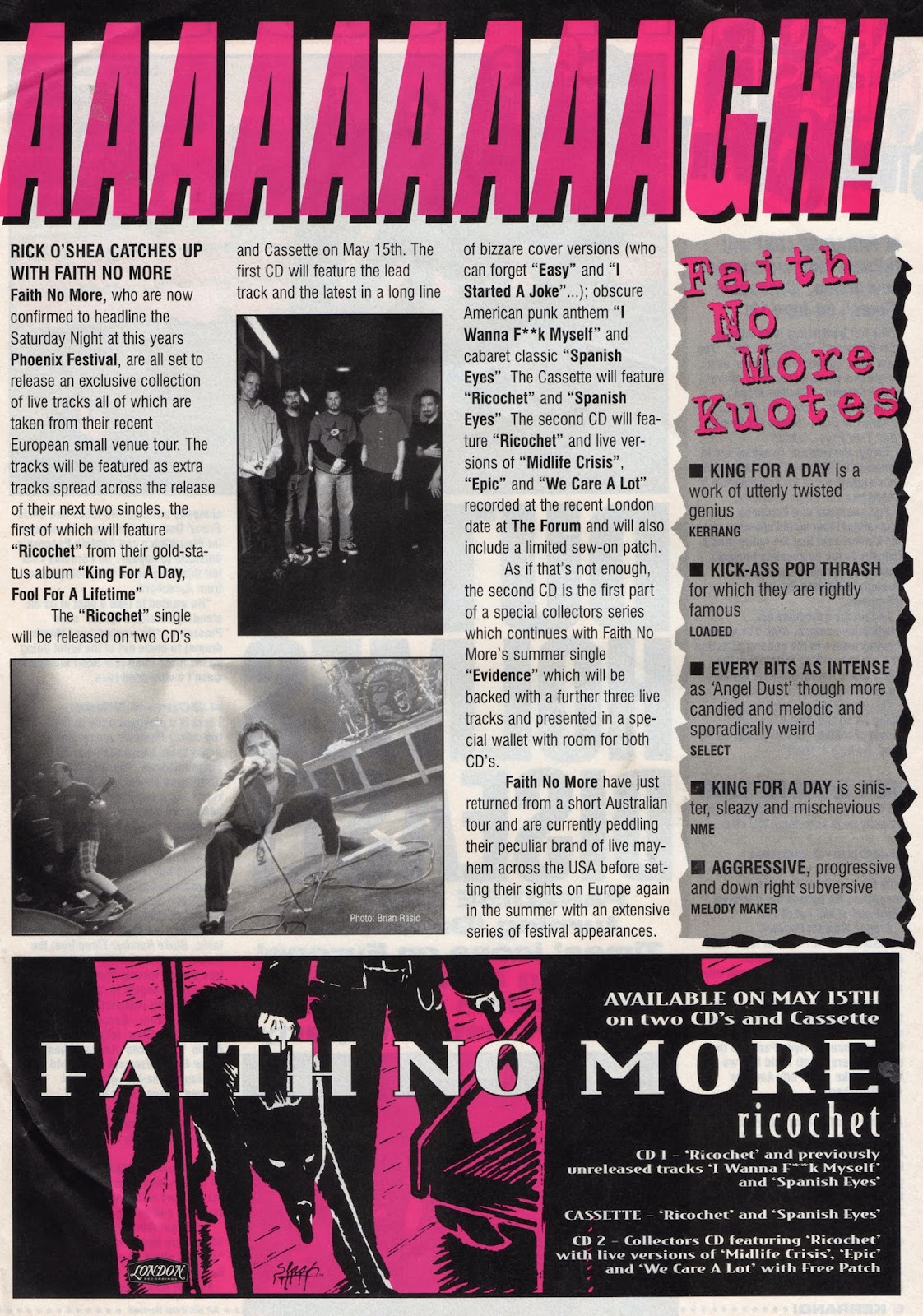 The single cover,like that of the album, was taken from Eric Drooker's graphic novel Flood! A Novel in pictures and was available in various colours. 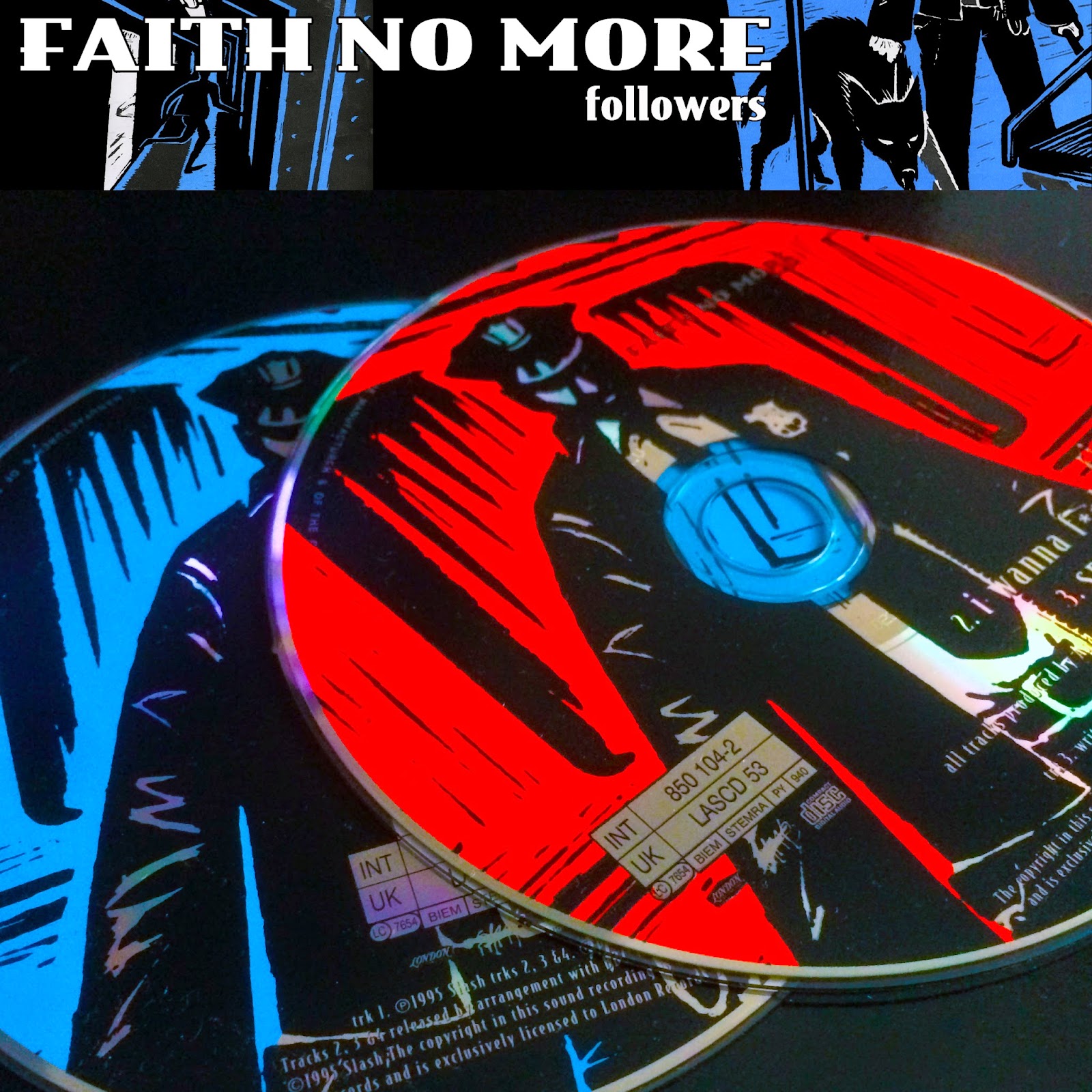