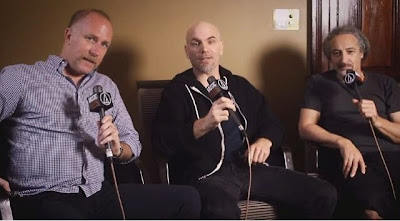 
“You have to understand, it was recorded by us… written, arranged and performed obviously. Mixed by us, in our place. I mean, this is really about as self-contained an effort as you’re gonna get and I’m super proud of every guy that did it. To me, the result… I couldn’t make it any better. And I want people to hear it for themselves.” - Mike Bordin
MIKE BORDIN, JON HUDSON and RODDY BOTTUM sat down with MUSIC FEEDS. 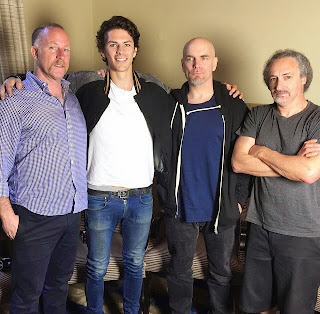 Faith No More have just wrapped up an Australian tour with Soundwave Festival and are about to release Sol Invictus, their first new album in 18 years. Before they took off, Faith No More sat down with Music Feeds to talk about what inspired them to make a new album and why releasing it independently was the only way forward.

The band said they didn’t have any intention initially to record an album when they reformed for shows back in 2009. “There was just a conscientious decision at one point amongst us backstage that we didn’t want to do anymore shows just playing the old material,” says keyboardist Roddy Bottum. “To make ourselves feel good we needed to make a record.”

The album will be released via singer Mike Patton’s own Ipecac Records on 15th May. The band add that had they been beholden to a major label’s demands, its likely the album would have never eventuated.

“I don’t believe we would have done it, had we have been in that traditional model… Slavery, whatever you wanna call it,” says drummer Mike Bordin. “I don’t think we would have done it ’cause it wouldn’t have been that interesting.”
The second interview published today is with HAURAKI RADIO. BILL GOULD and Roddy chat with presenter Mickey Havoc in New Zealand ahead of WESTFEST. 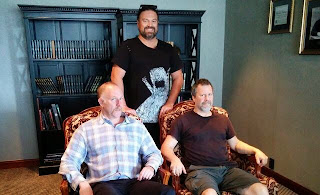 The third interview is with Mike Bordin. He speaks for thirty minutes to RIP IT UP RADIO.