FAITH NO MORE ARE SUPERHEROES 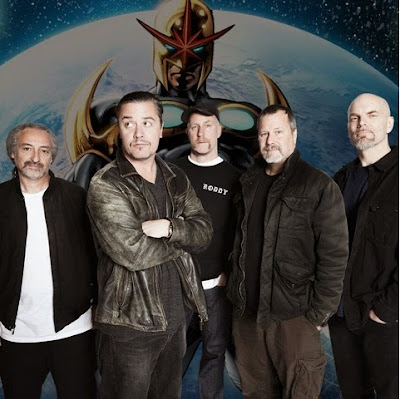 Today has been one hell if a day to be a FAITH NO MORE fan. The true launch of their promotional campaign for SUPERHERO the second single release from SOL INVICTUS.

At around 7.30 RADIO 1 ROCK SHOW presenter Daniel P Carter unleashed four minutes of aural bliss via the airwaves, the world exclusive of 'Superhero'. He is obviously a huge fan and was extremely excited to have such an honour.
Following the song he spoke with BILL GOULD on the phone from Australia. Carter mentioned his anxiety on previewing the new material because of having such high expectations, Bill replied 'I'm realising that a lot of fans of ours have more anxiety about the album than we do'. Carter then staeted 'it's the perfect record for new fnm'.

Check out the full interview:

While we were intently listening to the radio entertainment and comic giants MARVEL posted an with an interview with Bill and an exclusive link to 'Superhero' on YouTube.

The legendary band is back, providing Marvel.com with the exclusive debut of their new song "Superhero".

Bill explained a little about the song:

"'Superhero' actually just started from the sound of the song, where it has these pounding drums and it has like this throbbing kind of pulse, and we just called it the “Superhero” song. Because, a lot of the ways we write we visualize things."

Bill speaks about his comic book interest, how he grew up with Marvel characters like Silver Surfer and Nova, and how comic books may influence his music:

"Absolutely, absolutely. If you think about the Faith No More music, it is rock music for sure. It’s got a lot of different things about it, but one thing it always has in sound is this giant sound stage, this space. This large feeling, at least that’s what we try to get out of it, where the bottom is very deep and the tops are very high and the scale definitely goes back to comics. [Speaking] for myself, when you get your imagination going you start thinking of concepts like that, you carry that with you, for sure."

Bill then spoke about the recording process of Sol Invictus:

"Well the first thing you have to do is write the music. You have to write the material first. So the big thing and the good thing about us is we never trusted producers ever. So we always kind of arranged our music before we even had a producer. Even back when we were recording, when we had a label and all that stuff. 95 percent of the arrangements were all ourselves, and then we recorded, so that we didn’t waste time in the studio. We started that early on in our recording career so it wasn’t any different this time." 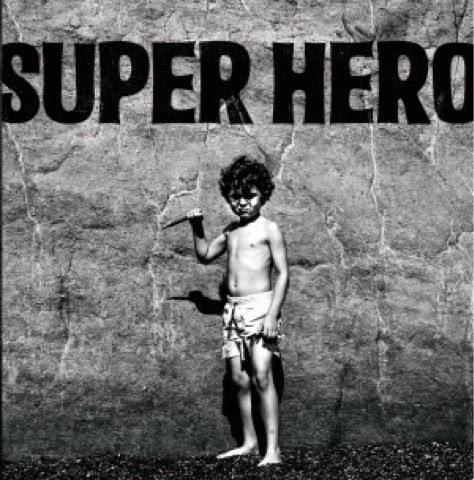 SPIN described the new song as  'a strikingly scummy track, featuring the gritty slog of a distorted bassline and Patton’s prodigious vocal range on full display as the band runs through its typically dramatic twists and turns.'

It also seems we have had a preview of the album cover for Sol Invictus designed by Martin Kvamme. The image, similar to the 'Superhero' cover is  from Ossian Brown, a member of Coil and Cyclobe, who also published the book 'Haunted Air' in 2010. 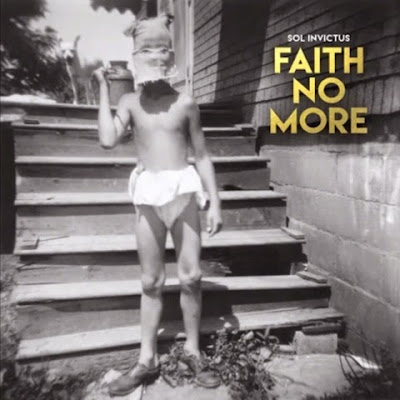 For an almost complete guess at the lyrics check out Faith No More 2.0.

You can also pre-order 'Sol Invictus' on ITUNES in the UK NOW.