GET BACK IN YOUR CAGE! - SUPERHERO REVIEW 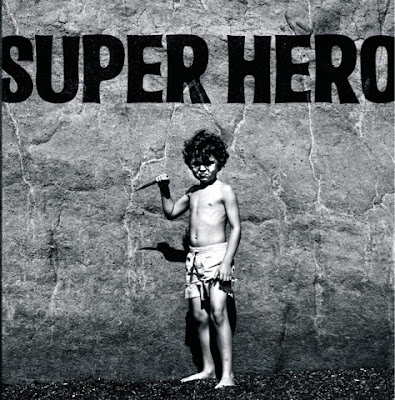 I like many more sat at my computer (not naked) listening to Enter Shikari, a band that are part of a scene that stems from the one in which FAITH NO MORE played a huge part in creating all those years ago.

Of course the Enter Shikari boys won't remember that particular scene and possibly haven't heard much FNM. But I would guess that the bands that influenced them were influenced by the unique stylings of BILL GOULD and the gang.
Anyway after what was possibly the longest drawn out introduction to any song ever in radio history, the excited Daniel P Carter graced digital airwaves with a world exclusive of the second single from the new, 'SUPERHERO'.

I have to say that being sat there on the edge of my seat did remind me of the day I bunked off school in 1992 to hear FNM's live afternoon set on Radio 1. But how times have changed back then I hit play and record on a brand new TDK c90 tape cassette, now twenty three years later it's on YouTube within minutes.

On the very first listen I completely agree with Carter's statement that it was all far too nerve racking to take in. Even the band have realised the fans are all taking this comeback album very seriously. But there was no need to hold our breath,  'Superhero' turned out to be pretty damn awesome. Even causing me to whoop at the end announcing to room at large 'Fucking Yeah!'.

I have now listened to the song about a gazillion times, plus more. The statement I made to a friend was 'It's better than any track on Album Of The Year, except maybe Stripsearch'.
'Superhero' is five minutes seventeen seconds of merciless perfection. It is exactly what the fans wanted but not entirely what we expected. 'Superhero' clearly reminds us just exactly why we have all been so passionate about FNM for all these long years.

To say it sounds similar to the content of 'Angel Dust' is partly true. But the band have all aged with different experiences and you can hear that in the new sound they have presented us with.

How about that bass part! It's a filthy pulsating gut punch of a line. Bill definitely still has the 'Goulden touch' when it comes to providing the backbone.
JON HUDSON's guitar riff has a certain urgency to it that drives the song and is the hook of the verse without doubt. According to Bill this riff came first inspiring the name Superhero this is simple to understand.
Together with MIKE BORDIN's resilient and relentless beat the body of 'Superhero' is a feast of unmistakable FNM music.
RODDY BOTTUM's elegant and sinister piano melody pierces through that body creating an instant anthem of the chorus.

MIKE PATTON's vocals are glorious, shifting between his aggressive snarls and those smooth transcendent tones we have all been hoping to hear. The many voices shouting, screaming, spitting 'go' and the subtle operatic backing vocals add deep layers to the song.

The production is fantastic, it's great that FNM know how they should and want to sound and producing this music themselves has paid off because it's exactly how we want and know they should sound. We can also hear that good old MATT WALLACE magic here especially in the layers created over the 'solo' / breakdown section.

As Patton always says don't read too much into the lyrics. But my guess is the song is a parody on leadership or heroism maybe a swift jab at the political state of America....I don't know maybe we can discern some sense after more time.

Bill said this about the song in his recent interview for MARVEL:

“’Superhero’ actually just started from the sound of the song, where it has these pounding drums and it has like this throbbing kind of pulse, and we just called it the ‘Superhero’ song. Because, a lot of the ways we write we visualize things. Actually this is kind of interesting because we’re probably a unique band in a way. While we write music we’re talking about chord changes and different things like that. What we do is we describe scenes together, and we can visualize the scene and the music kind of comes. We kind of make movie scenes for movies that don’t exist. ‘Superhero’ was one of those where it was definitely a superhero comic, I mean that was just the vibe of the song, and when Mike came to me writing words about it, we were already calling it ‘Superhero.’ So it’s kind of like in the DNA; it’s a comic strip.”

Here's a theory for you.... Comic book and movie giants MARVEL got the privilege of unleashing 'Superhero' on the public. It's easy to imagine the song being the theme to the next Avengers movie? Soundgarden did the previous theme song.
To sum up as Daniel P Carter said....  'Superhero' is the perfect record for new FNM.

SUPERHERO is available on limited edition 7" on 17th March.