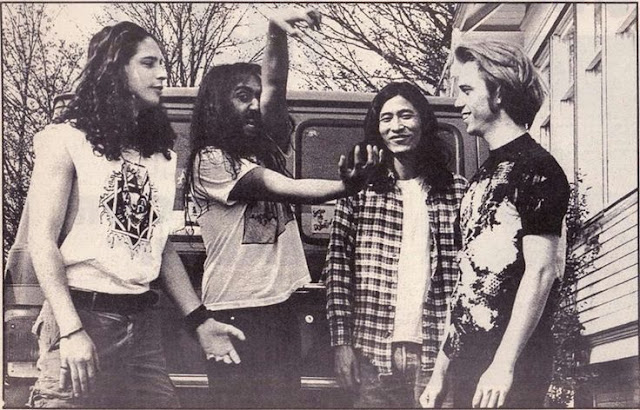 We are still shocked and saddened by the sudden death of the legendary Chris Cornell.
The best way we could think of paying tribute to such a unique and inspirational musician is to share with you the touring history of Soundgarden and Faith No More, and let members of Soundgarden explain how they believe Chris Cornell Influenced Mike Patton.

Their friendship began quite early in both bands careers and Mike Bordin took an interest in Soundgarden attending many of their shows and giving them encouragement to sign to a major label.

"I remember playing a show at bar in Vancouver, BC, in 1986. Mike Bordin from Faith No More was there — I don’t know why, but he was there — and we were firing on all cylinders." - Chris Cornell

The earliest recorded date that FNM and Soundgarden shared the stage is October 6th 1986 in Vancouver.

"We didn't even have a record out yet, so it may  have been in '85/'86. I know we knew Mike Bordin - Mike had heard some demo of ours, doing the song 'Nothing to Say,' and he loved it. He's a great guy - he's the guy that Chris and I initially took to. He was hugely into us and spoke highly about us. We played three shows in the northwest. Now, we hadn't really toured yet that was sort of our first tour. We played in Seattle, then we played in Ellensburg, and then we played Vancouver - out of the country. Chuck was singing with them, and he sang at the gigs in Seattle and in Ellensburg. I do not believe he sang in Vancouver - I do not think he could get into the country because of a previous DWI arrest, and his DWI was either in the US so they wouldn't let him into Canada, or the DWI might have been in Canada so he was expelled. I can't really remember the details. He couldn't make it up to Vancouver. So Roddy Bottum did the vocals." - Kim Thayil | The Faith No More Companion

When Chuck Mosley and FNM parted ways Bill Gould and Mike B considered Chris as their new singer.

"Soundgarden opened up for us a few times in Seattle. We were friends with them. I think one day, Mike and I went to Chris’s house to jam, but I don’t think that we had a musical connection.” - Bill Gould

FNM and Soundgarden would play together again during January and March of 1990 when both bands would support Voivod in a series of tour dates across Canada and the USA.

"That was probably one of our best tours ever. It was just so memorable. We loved the bands we were touring with - everyone got along great. At the time, Faith No More was just starting to break - Voivod at the time was the biggest draw. During that tour, Faith No More started to just get mega-huge, so we had to flip the line-up around a few times - depending on what city we were at. I just couldn't believe how great Voivod was back then. They would just smoke the biggest fatties before they went on stage - the most technical, most involved music you could ever imagine, and it was just spot-on. So they must have learned it that way, y'know? We got along great. I'm still in touch with Mike Bordin. It was just killer. I think Patton and Chris - the two singers were egging each other on each night, who could sing the highest or who could do the craziest acrobatics. I remember once, Patton played before us and he threw the mic cable over the lighting rig, and he said, 'I predict Chris Comell will do this tonight!' And he started to crawl up the mic cable and dangle from the lights." - Matt Cameron | The Faith No More Companion


According to the Soundgarden guys Chris was a major influence on a young Patton, who gained confience by watching his stage antics.

"When we started that tour, Mike Patton was trying to figure out his stage persona. He kind of seemed to be working on his identity - trying  to figure out who he was. After a while, he was kind of imitating Chris. He wasn't mocking Chris, because he definitely seemed a little bit like 'a freshman' - he seemed a little bit nervous. Here he was, joining a band that was already up and running for a few years - a band that had a history with Chuck Mosley and a number of albums. Mike seemed a little like a fish out of water, trying to get 'land legs.' He was kind of awkward for the first few shows - his stage presence wasn't that great but eventually, he started jumping around stage like Chris did. And Chris would take his shirt off... and then Mike started taking his shirt off. But we didn't think he was mocking, because he seemed so nervous and insecure. He is an athletic guy, he is in shape, he has a great voice, he had this long beautiful hair - like Chris did. First he started flailing his hair around like Chris did, he started jumping around on stage. But he has a great voice - amazingly versatile and powerful voice. It's funny, because he was very 'rock star-ish' then, which is very different from his Mr. Bungle thing and the other stuff he's done."


"If there was any plumbing [in the venue], Chris would climb it or treat it like monkeybars. And eventually, Mike Patton started doing that, as well! And later, in 1992 on Lollapalooza, [Pearl Jam's] Eddie Vedder started doing that as well. So Chris definitely had a 'stage antics influence' on at least Mike Patton then, and Eddie later. But Mike started stomping around and climbing things, and jumping off the stage, and Chris would jump from the stage and stagedive, and do the crowd surfing. When Mike started jumping from the stage and crowd surfing, we were like, 'Fuck dude. We're going to go on after them, and Mike's already doing stuff that Chris does. Is he mocking us?' Because we got wind that he had a smartass, prankster element to him. But he seemed sort of insecure and nervous about his new gig, so we thought he was trying to figure out how to be a rock star in his band that that already had a history." - Kim Thayil | The Faith No More Companion

In October 1991 both bands would support Metallica at the Californian festival Day On The Green, which lead to FNM and Soundgarden's inclusion as support acts to Guns 'N' Roses Use Your Illusion world tour. [Wembley 1992]. 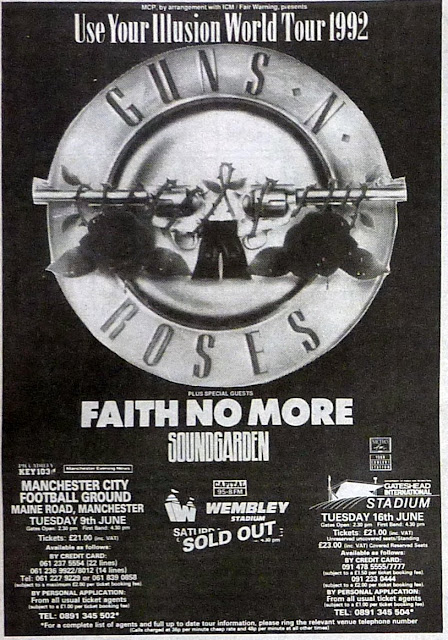 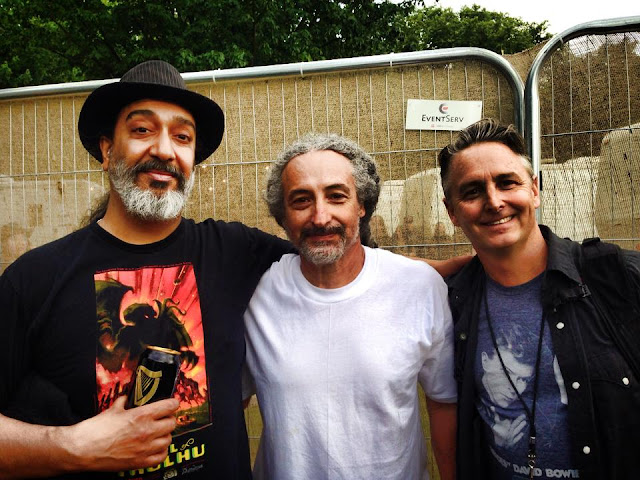 FNM and Chris both played Chile's Pepsi Music Festival in 2009. FNM and Soundgarden would play together again at Hyde Park Calling in 2014 supporting Black Sabbath, then again in the Southern Hemisphere at Soundwave festival in 2015. [Hyde Park 2014] 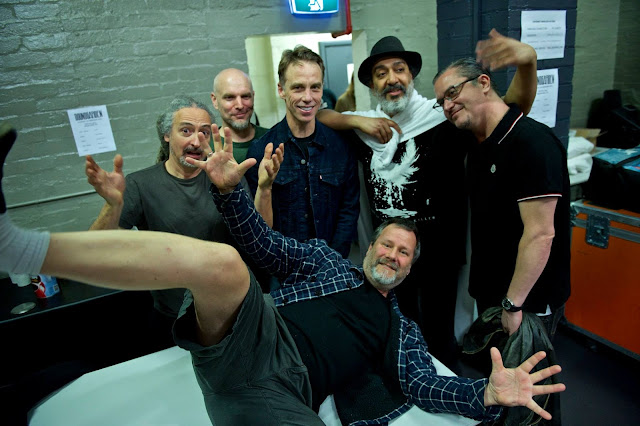