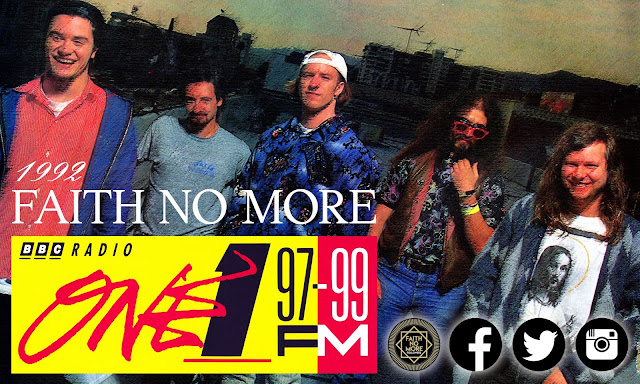 On November 24th 1992 Faith No More played a lived session for Radio One.


The Jakki Brambles Radio One Lunchtime Show, FNM recorded four songs in front of a studio audience of fans who had been picked by BBC. The set was recorded at Maida Vale studios in London. In between songs the band were interviewed and answered audience questions. This recording is included on the 'It's Showtime!' bootleg CD along with the soundboard recording of a show at Sheffield Arena on December 12th.