KING FOR A DAY / ALBUM OF THE YEAR DELUXE REISSUES 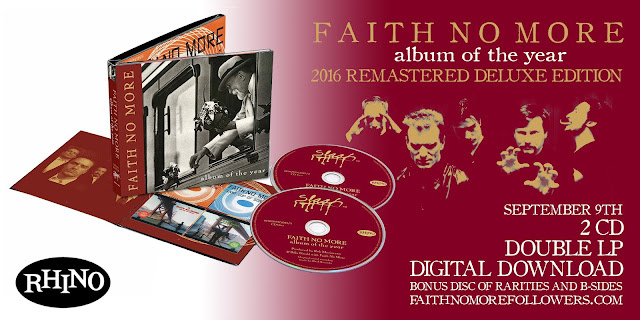 Rhino to release 2016  remastered deluxe editions of King For A Day and Album Of The Year. 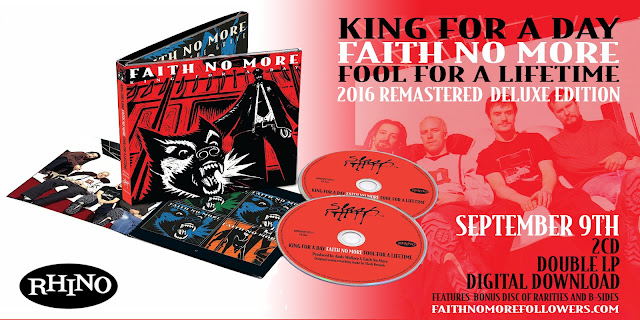 Deluxe editions of King For A Day and Album Of The Year will be released on September 9th via Rhino Records. These include new remasters of the original album, plus a bonus disc of rarities and B sides. Available in 2 CD, double 180g heavyweight LP and digital + streaming services.

The inlays will also include notes by Roddy Bottum. According to the liner notes by Bottum, the band were able to try new things without Martin. “As a result, we wrote and recorded some of our most radical, out there songs,” he wrote, “like ‘Cuckoo for Caca’ and ‘Ugly in the Morning,’ some of our mellowest like ‘Take This Bottle,’ ‘Caralho Voador’ and then some or our most high-drama, like ‘Just a Man.'”

"We were definitely referencing our musical roots as well, going back to darker tones visited in [1992’s] Angel Dust,” Bottum wrote. “In retrospect it feels really strong and an undeniably prolific chapter in what we ultimately set out to do.”
PRE ORDER NOW!

Labels: 2016 Album Of The Year Faith no more King For A Day Fool For A Lifetime rhino