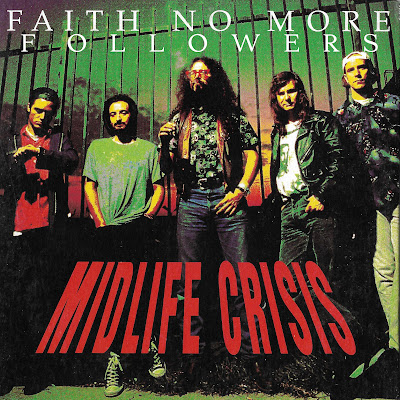 On May 26th 1992 Faith No More released the first single from Angel Dust.....Midlife Crisis.

"Off the wall return from Faith No More that begins to take effect after several plays. The album 'Angel Dust' is equally bizzarre and throughly worth the wait." 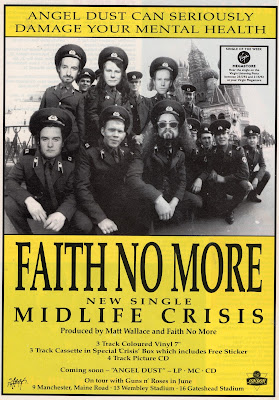 On 'Midlife Crisis' Patton starts with a snide, sibilant rap, swoons upward in a jazzy, Al Jarreau-ish arc, then slugs it out in a close combat cut and thrust that's pure hardcore. The lyrics lash and lambaste some middle-class, lard ass, play-safe type who's built up a cocoon of security and comfort. The line 'Your menstruating heart' - doubtless aimed at 'wet liberals' and people who profess to care a lot - is deeply revealing. For FNM, feelings of tenderness, empathy and solidarity are threatening, female and fluid, a loathsome discharge.

Read more about the song HERE. 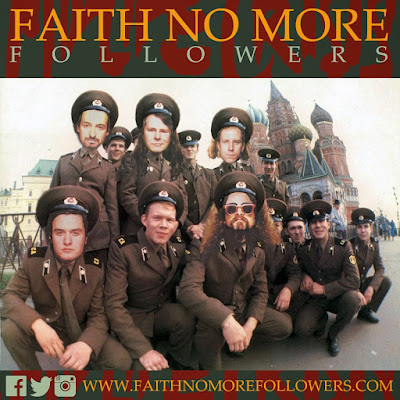