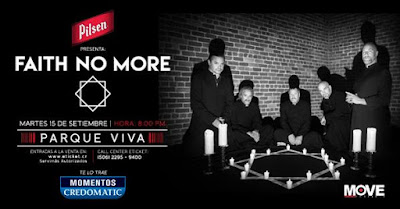 Roddy talks to stage manager (the man behind the flowers) Shaun Kendrick. 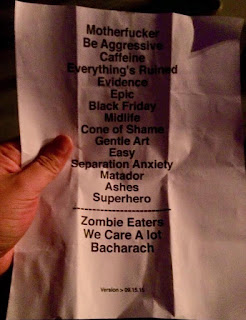 On a stage completely white and adorned with large flower arrangements, the Faith No More concert opened at Viva Park with the first single from their latest album Sol Invictus : Motherfucker .Costa Rican fans received  vocalist Mike Patton with shouts, applause and with their cell phones simultaneously recording on high for the first few minutes of a show that until a few months ago seemed a far-fetched fantasy.The band followed with songs: Be Aggressive, Caffeine and  Everything's Ruined, three singles from their 1992 album , Angel Dust, Evidence  of 1995 King for a Day ... Fool for a Lifetime and more recognized outside their circle of faithful followers , Epic of their third album, released in 1989 , The Real Thing. 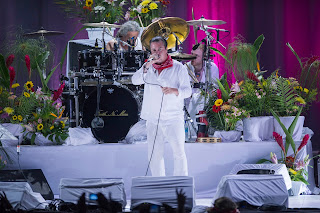 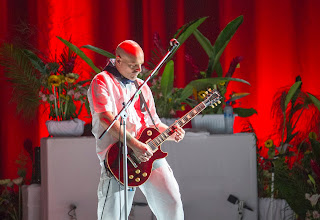 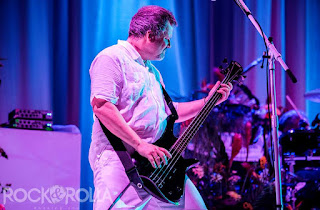 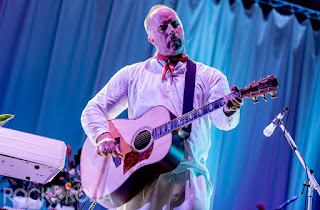 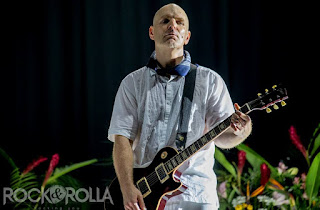 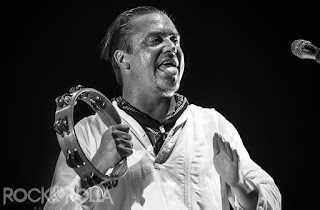 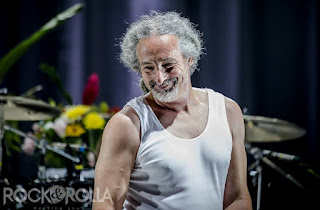 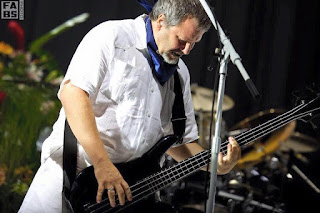 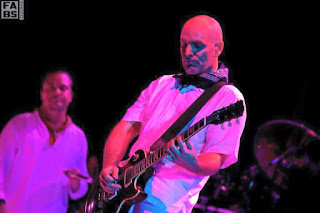 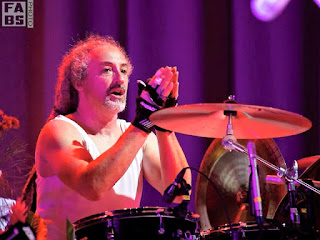 I was having dinner with the FNM guys the night before the concert and at some point in the conversation I made a little request: ZOMBIE EATERS... Puffy (right in front of me) points at me and gives me a severe stare and says NO! ...followed by Patton (on my right) and Billy (on my left) who also said like "No... nah... I don't think so... sorry".I was like Ok well I tried. Next day at the concert, they come back for the Encore and what do they play? ZOMBIE FUCKING EATERS!!! I just cried omg!...
Then backstage, I'm thanking the guys for the song and Puffy goes "Youuu KNOW why we played that song!"... "It was all Bill".... and they were all like "Yeah we never play that song"... I wondered why and Patton told me they don't like to play it cause it always sounds terrible. I was like What?! You crazy! It was amazing!... Then Puffy said he was trying to look for me in the crowd to see my face LOL

Aaaawwww those guys! Way to make a girl feel special!!!!