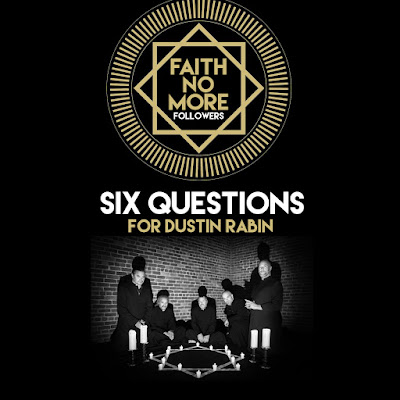 "In photography there are no shadows that cannot be illuminated.” - August Sander

Photography has great importance within the music industry, one image can help to sell thousands of records. Take for example the infamous underwear shot of Faith No More by Ross Halfin. Provocative and unforgettable the image was as recognisable in 1990 as the music itself adorning the 'From Out Of Nowhere' 12", posters and t-shirts. In  this industry  a picture really is 'worth a thousand words'.

In the last few months we have seen remarkable modern portraits of Faith No More. Each has in turn complimented the attitude of the reinvented band and have already become iconic photographs. 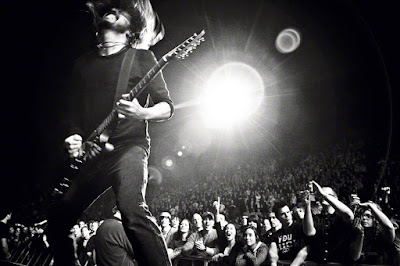 Dustin has an impressive portfolio of work which speaks for itself and has captured a huge list of musical greats on film. Tomahawk, Fantomas, Mr Bungle, Peeping Tom are all included on this list.
The style is unique and his use of deep shadow produces breathtaking images.
Dustin has most recently worked closely with Refused and produced a stunning live video for the song 'When Love Was Still Around' by Billy Talent.

When the first promotional shot for Motherfucker was revealed in 2014 followed by more spectacular photos including the band photos on 'Sol Invictus' we tracked down Dustin and begged for an interview.

You have been a fan of FNM since you were 15, now your photography of the band's silhouettes is on their first album in 18 years. That must feel great?

It’s great and kind of surreal.  When we were 16 a friend and I drove 5 hours to see Faith No More on Halloween. They were touring for The Real Thing (opening for Billy Idol on an arena tour) and we had pretty bad seats but I didn’t care.  I was blown away just seeing them in real life.
Over the course of their next few albums I was interviewing bands and shooting concerts for a couple of papers, and got to shoot a bunch of FNM shows.  Through that I met Patton and years later he asked me to do press shots for Tomahawk and Fantômas.  At that point FNM was done so there was no chance of getting to do portraits of them too.  So last fall when they asked me to photograph them for Sol Invictus, it was pretty unreal.

The gothic selection of photos with candle light casting deep shadows suit the tone of album perfectly. Had you heard the music at that time to inspire you?

Believe it or not I hadn’t.  In some early discussions about ideas they said they wanted something dark and almost horror-like, so I suggested doing some Film Noir lighting.

Your photos of Refused use lighting and shadow in a similar way. Is this something of a trademark technique?

The darker look probably comes from years of shooting in dimly let music venues and making due with what’s available.  Aside from the FNM shoot it’s almost never planned that way.  Those photos of Refused were done at a friend’s house in the middle of the night and the only light came from inside the house, so that’s how the silhouettes happened.

FNM in tuxedos, complete with champagne flutes and the gimp, really capture the band's dark humour and have already become somewhat iconic. How did the idea come about?

The band suggested the look and I took it a step further with the photo peeking through the gimp’s legs at the band.  It was a take on the James Bond “For Your Eyes Only” movie poster.

My favorite portrait we have seen so far is the casual pose. It reminds me of some classic FNM photos by Ross Halfin and Mark Leialoha. Did you have them in mind at all?

Not at all.  There were several elaborate scenes planned but I wanted to make sure that by the end of it they also had some regular “band shots”.   We just did them in between other setups.

I recently saw you onstage at a FNM show. Can we expect some action shots to add your FNM portfolio soon, or maybe even a music video similar to the stunning film you have directed with Billy Talent?

I’m sure some of those photos will surface soon, but no video.  Yet. 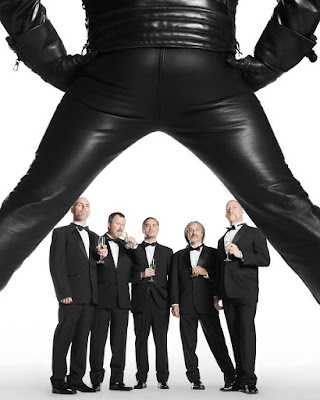 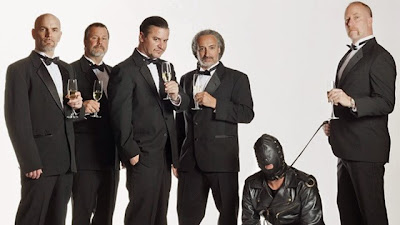 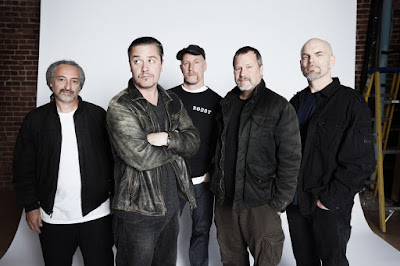 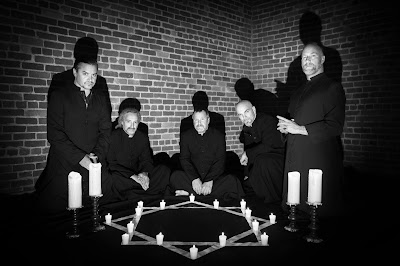 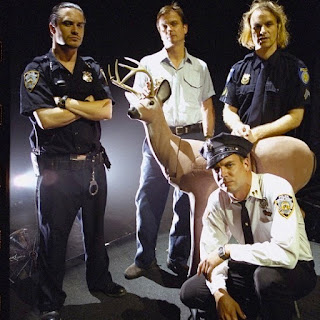 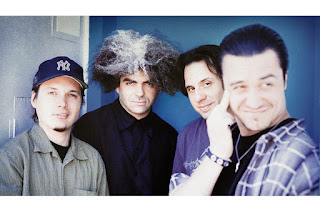 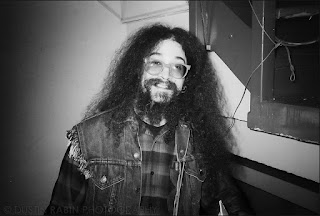 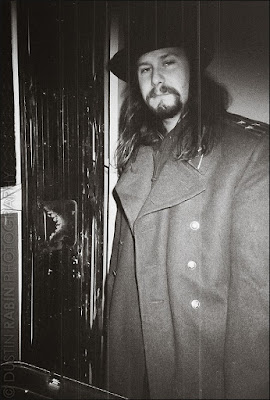 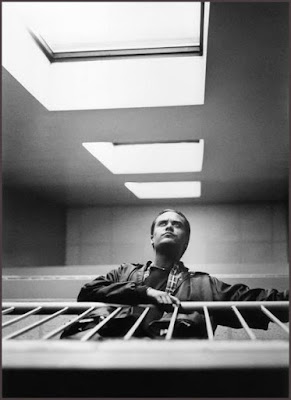 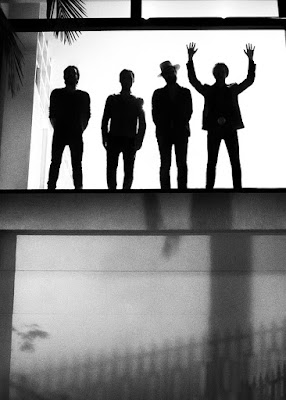 Explore Dustin' photography at DUSTINRABIN.COM and his Facebook page.