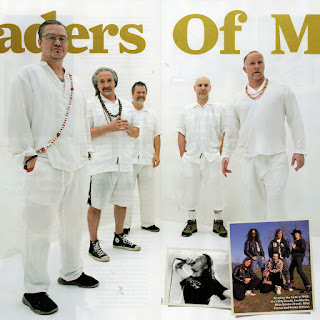 Here are some rather cool quotes.


"We all thought, 'How long can we do this before we become Tom Jones playing Reno?' I think it was at the back of everybody's minds that, 'Gee, are we going to do new music?' But we didn't talk about it. And maybe I was responsible for that. To me, it was business. 'Let's go back, let's do this shit, it's awesome to see you guys, but this is what we're doing.' We were cautious, because comebacks suck. I can't name a great comeback record. We didn't want to make a piece of shit under our name, just to do it." 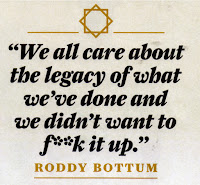 "We all care about the legacy of what we'd done and we didn't want to fuck it up.The worst possible scenario would have been the band re-forms, and writes a bunch of radio songs to make some money. But it was so clearly not about that. It was for ourselves. The tones of what we were creating were super-dark, unapologetic and bold."


BILL GOULD
"I don't see this music we're doing as a product of our maturity," he says. "I think it's trying to hold onto a spark that we had. The maturity comes in how we manage that." 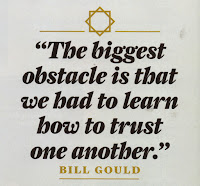