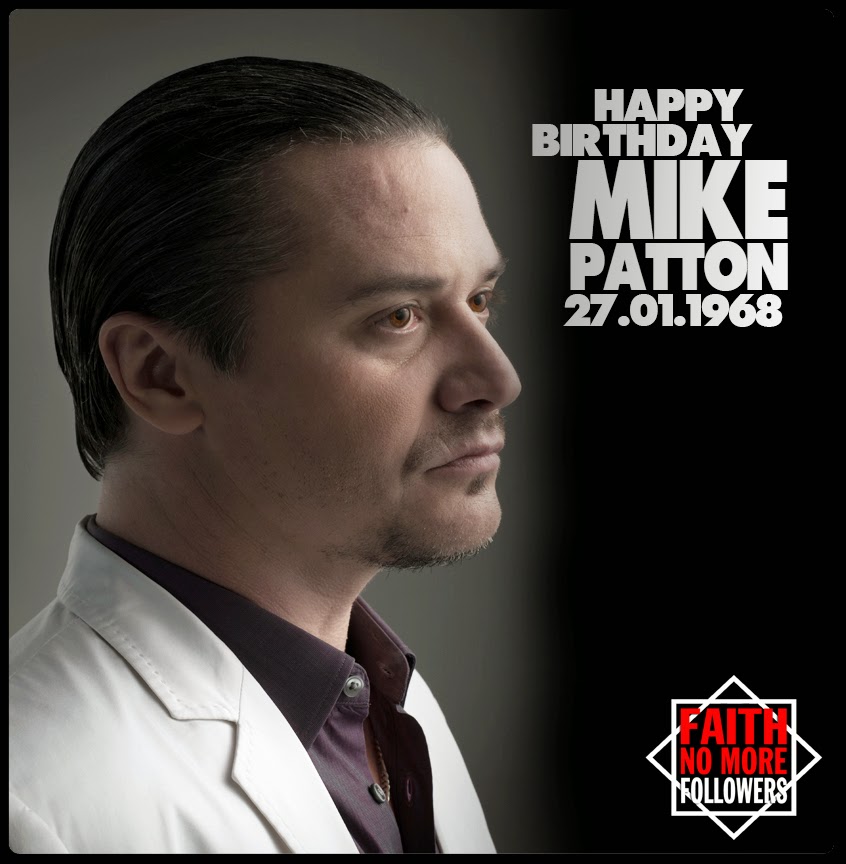 'Patton is notorious for his wide range of vocal styles, and it is rumoured that he can emulate the sound of the Earth revolving on its axis with nothing but a hoarse whisper.' - Uncyclopedia (chuckles)


We already knew this but it's now official, Mike Patton is 'the greatest singer of all time' according to a study by VVN in 2014, he has an impressive 6 octave vocal range.
It seems tradition for the FAITH NO MORE fan community to post a selection of quotes from Mike on his birthday, check out the Faith No More 2.0 dedication in 2012.


So to keep in with the big boys and up with the practice here are another select few entertaining words from the artist genius from over the years.

Sky Magazine December 1992.
"On our last tour I jumped into the crowd and broke this kid's nose. I tried to get him medical aid but he said he'd rather have a T-shirt. It's bad. What do you tell his parents? The other day I met a guy who had a scar over his eye, just like mine. I asked him how he got it and he said: 'You did it to me. But it's cool'."
"The whole idea that there has to be something outrageous and abnormal is washed up and gone. I mean, we do our own thing; like I don't use toilets - I just don't. It's not a wild rock'n'roll thing, it's a hobby- shit terrorism."

On death -  1992
"I don't want to be buried, and I don't want a tombstone either. When
I die, I'd like to be melted down into liquid form, hardened, and roiled into a ball-like dough. Then I'd be dipped into a crystallizing substance, baked and eaten like a cake."

"I thought that it was a great record (but) it was dense and probably too clever for its own good. We made it more difficult for everybody, even ourselves! It was like clearing the air. like when you're in a tense room with a lot of people, you just have to look around and say, 'F**K ALL OF YOU!'. After that, everyone could breathe a sigh of relief and relax."

"It's a bit like stealing your own gun, then shooting yourself with it."

"Most rock bands are portrayed as little teams- `us against the world`. Which is complete bullshit and definitely not what we're about. We're perfectly happy to talk about the problems we have with one another. A big part of being in a band is sticking up for what you believe  in. And since we're honest with each other, we do fight a lot."

On the reunion - Alarm Magazine, February 2014.

"I think that this Faith No More reunion taught me a pretty good lesson: 'Hey, these things that you've done in the past aren't your enemies.' They're not something to run away from but rather something to just understand. If I'm going to write a piece of music
tomorrow, I'm not really going to understand it for another 10 years—maybe, if I'm lucky! The reunion with Faith No More was a really eye-opening experience because it taught me how to appreciate the music that I've done from a distance. When you're in it, you're too close. When you're writing it, it's still like a part of you."