WHAT A DAY - FAITH NO MORE'S FIRST UK SHOW 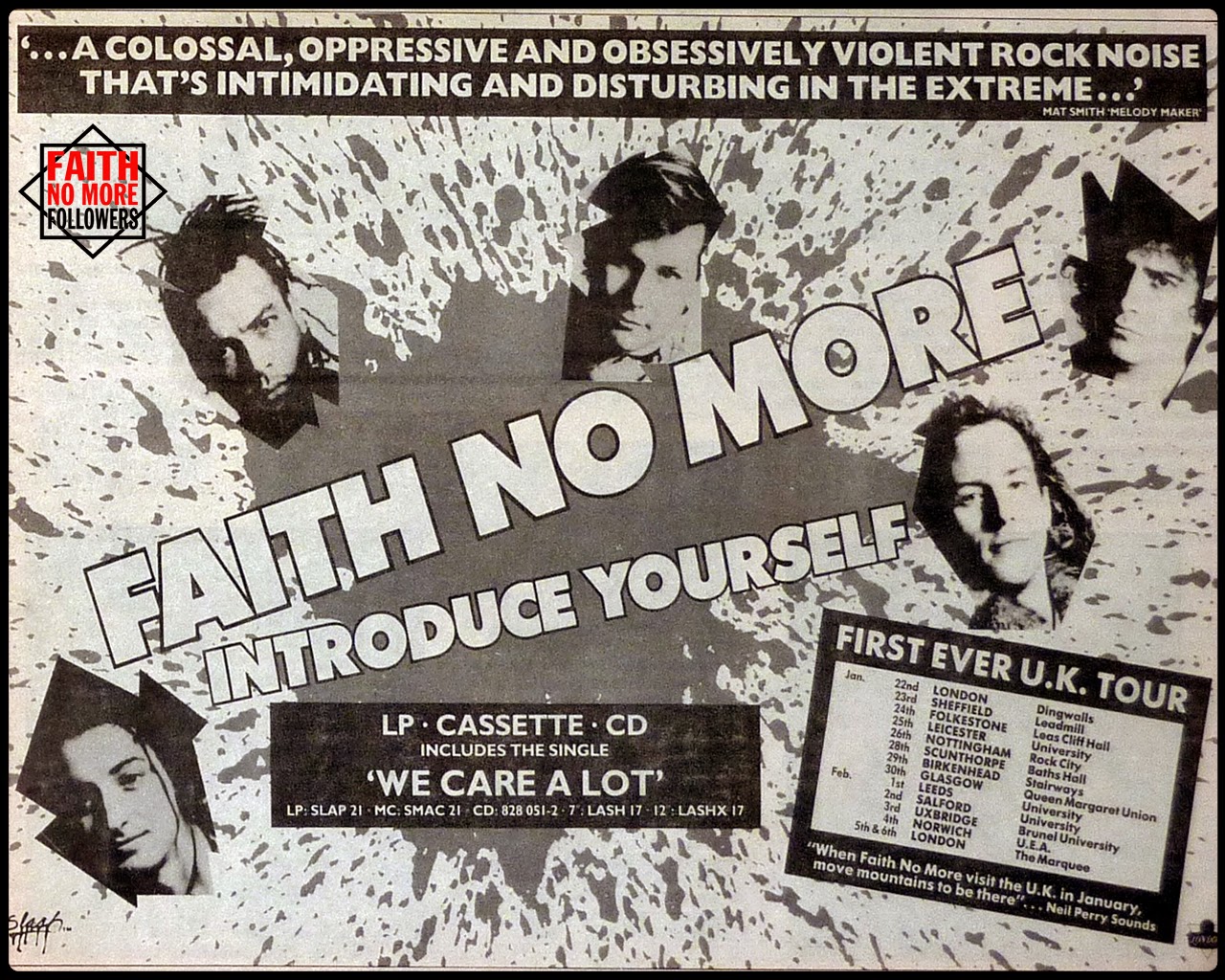 On January 22nd 1988 Faith No More hit the United Kingdom live scene for the first time. The venue was Dingwalls in Camden, London. It was in fact the first time FNM played outside of the United States.

The show was the first date of a European tour that ended in July that year, Chuck Mosley's last tour with the band as he and the band parted ways shorty after the tour ended.
We have managed to secure a review of this show published in Sounds Magazine, January 30th 1988 written by Mr Spencer.

FAITH NO MORE
Camden Dingwalls
SOMETHING ABOUT all this reminds me ot the early Southern Death Cult gigs. Perhaps it's simply Chuck Mosley's whiplash mohawk awakening memories of a long forgotten Astbury haircut. Then again, it could be that most dangerous of things — a hunch that tonight we're in at the start of something big, a feeling, would you believe, almost of smugness.
The buzz that now surrounds Faith No More seems perfectly justified judging by tonight. That's rare in these days of fresh 'saviours' co-ning and going every week, I know, but it's true. Understandably, the expectations of the assembled hyped-up longhairs, punks and Walkman-wielding bootleggers are high, but does this worry Mosley and the boys? No way!
They emerge confidently, aware that they've much to live up to but determined to lake it at) in their stride. Slipping effortlessly into their hard, pumping music they proceed to let events follow a natural course, holding back to begin with, simmering gently, but clearly building up to something very strong, very convincing.
To our left, a baseball-hatted Rob Bottum plays keyboards; next to him, bassist Bill Gould darts around like a younger, sprightlier Angus Young. In the middle a furry freak called Mike loses himself in his drums, and to the right stands guitarist Jim Martin — all beard and corkscrew locks, happy for the time being to let loose just the odd fork of crackling power at selected moments, master magician at this most compelling of musical black masses.
Slowly but surely they turn up the heat, 'Chinese Arithmetic' and 'We Care A Lot' triggering off a flurry of flying bodies, the band's appetite for irony, confrontation and recklessness finally making its presence felt when the guitar starts to scream. And all the while the tension is mounting, propelled by a tightly compressed dancebeat, the constant stormy presence of Bottom's intriguingly wistful keyboards and Mosely's
deftly spattering phraseology.
We're almost there now, a segment of 'Stairway To Heaven' (one of many classic rock references made
tonight) leading into a solo acoustic spot from a seemingly spaced-out Martin, and finally it's Black Sabbath's 'War Pigs'. Insanity reigns, everything takes on a hot white glow and, like dominoes, one by one the senses collapse. Glorious oblivion. 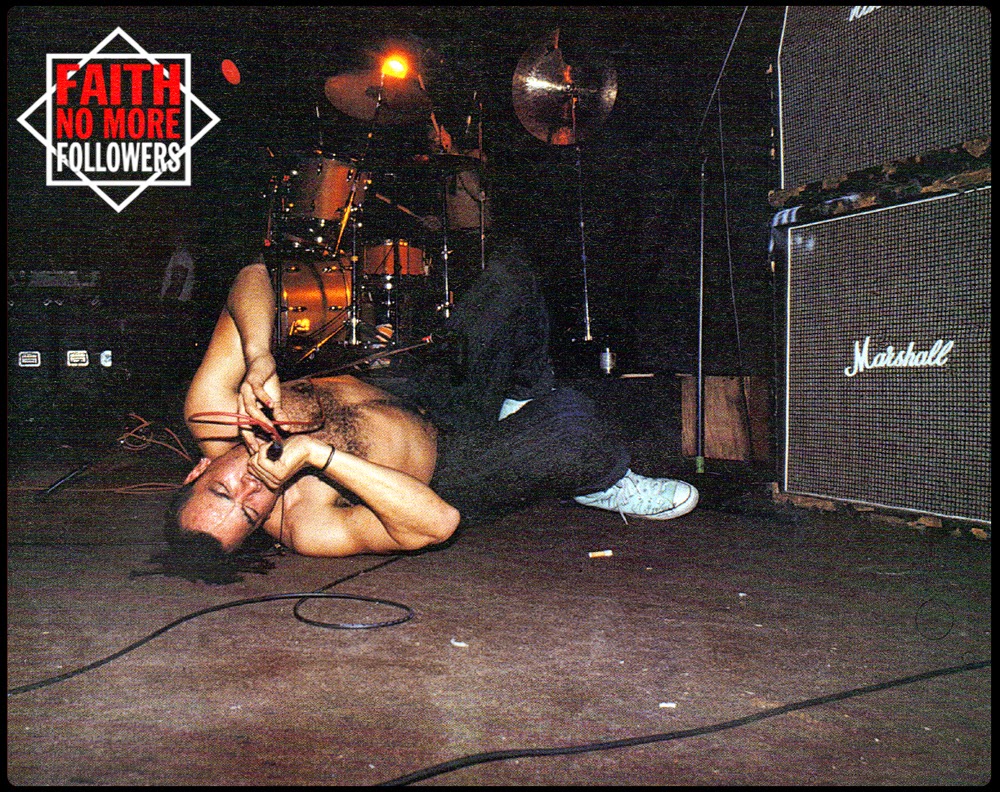 The same publication also featured a great interview with FNM in the issue that proceeded this one. 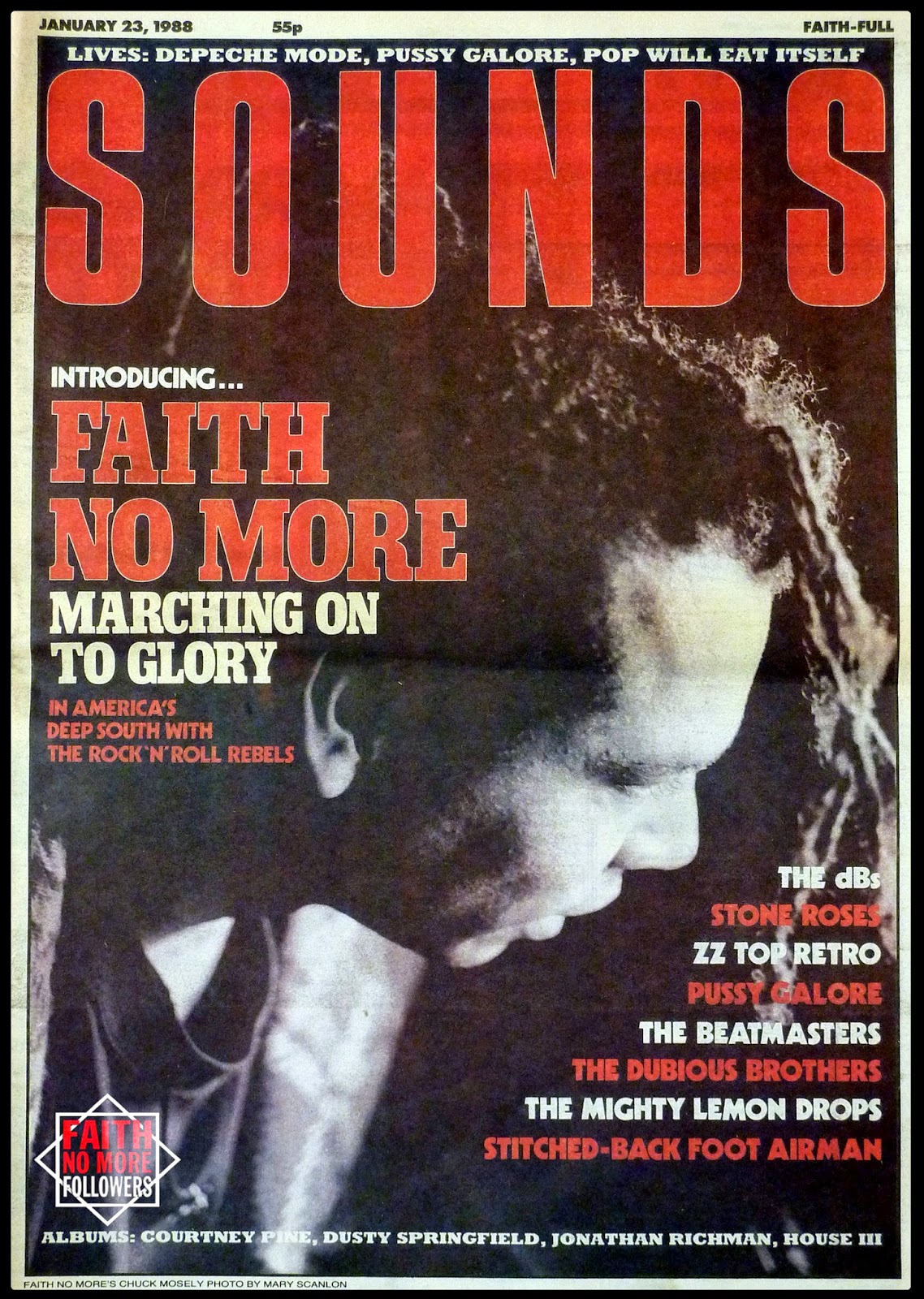 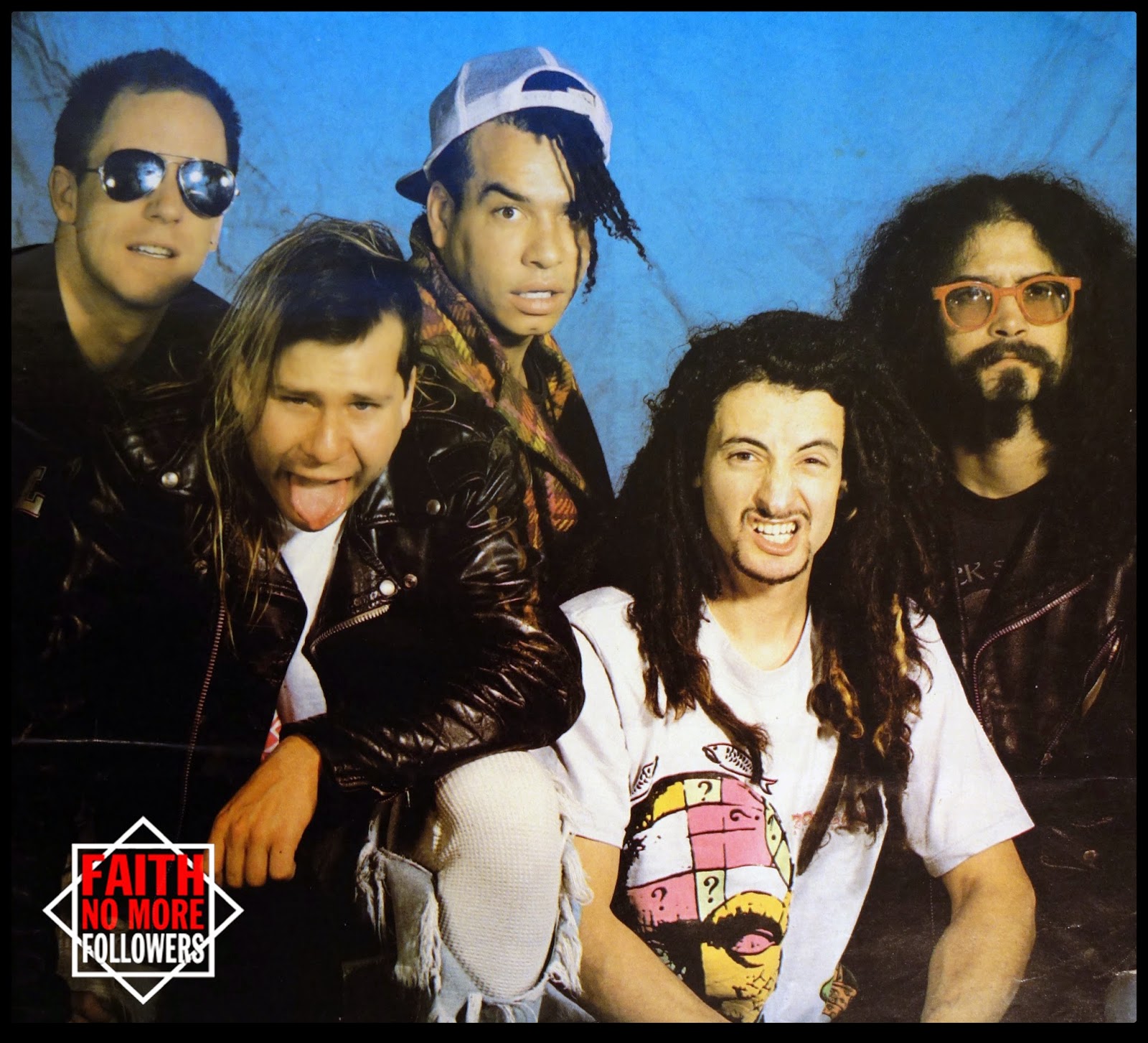