Faith No More will release their own reissue of the 1985 album We Care A Lot on August 19th via Koolarrow Records.

The reissue of their debut album will be released on double LP, CD and digital download through Bill Gould's label, remastered and containing 9 bonus tracks. Four original demos, two songs recorded live at San Francisco’s now defunct I-Beam in 1986, and 2016 remixes of the title track, the instrumental “Pills for Breakfast” and “As the Worm Turns.”
The album has been mixed by Matt Wallace and mastered by Maor Applebaum, with  some brilliant liner notes that sum up this period perfectly by Roddy Bottum. Also included are behind the scenes photos in the studio during the original recording.

Bill spoke to Blast Echo about the release.

Bill stumbled upon the master reels for We Care a Lot in his basement last year.

“I saw one two-inch reel and some half-inch reels. I thought, ‘Oh my God, I bet these are the original masters from the recording session.’ I didn’t know I had them.”

After he started to remaster them was impressed with the initial results and took them to Matt Wallace.

“I asked him, ‘if you could remix them again now, what would you do? Just mix it the way you’d wanna hear it in 2016.’ We always thought [We Care a Lot] was a little primitive, but rightly so considering when we did it. We just thought if we could do it we should do it.”

"The new version sounds a bit fuller. It’s not as overly bright, but it’s got a certain depth to it. I like listening to it. It sits right with me.”

Bill also spoke about the possibility of working with Chuck Mosley again!

"We have a couple ideas but nothing we want to talk about just yet. But Chuck is totally into the project and we've been talking a lot with him about it"

Bill was kind enough to talk to us on the 30th anniversary of the original release last year, in which he revealed that the release was coming. Read the full article HERE.

"Seriously, just recently I found some old tapes in my attic and had them transferred, some of them were masters from this recording session. I have to say, they sounded really good! It surprised me, and made me look at these 20 year old idiots with a bit more respect, ha ha!!" 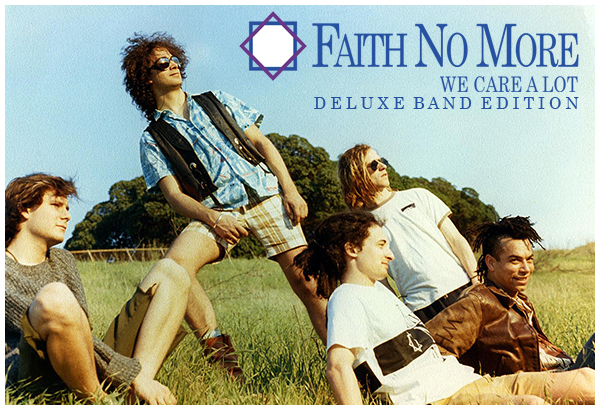 “With We Care A Lot, I always felt like I was part of something new and different than anything else out there at the time. It made me feel privileged to be a part of it. The other guys were so cool, and there was so much camaraderie. And that came across in the music; Bordin’s drums battling it out with Billy’s bass in antagonistic harmony, Roddy’s melodic atmosphere, swallowed up by Jim’s crunchy metal riffs. I found my place somewhere between them all, and when the album was finished, it didn’t sound like anything else.” - Chuck Mosley

SAN FRANCISCO, June 2, 2016 – Faith No More’s landmark debut, We Care A Lot, which was initially released in 1985 and has been out of print for 20 years, sees an Aug. 19 reissue via Bill Gould’s Koolarrow Records.

A massive thankyou to Tim Moss and Bill Gould for using my art to promote this, it's a real honour - Jim 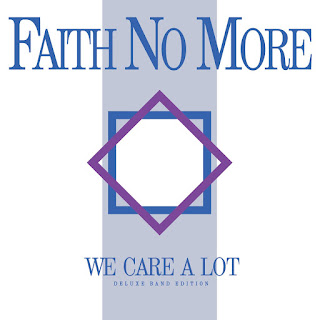