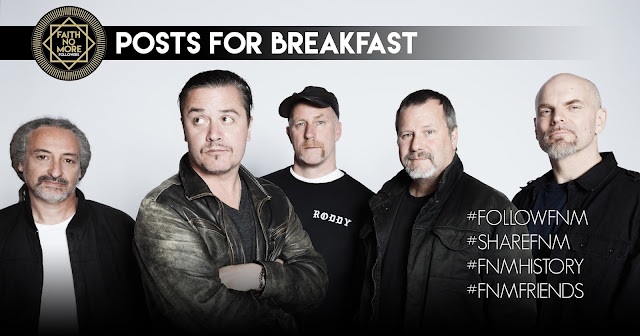 Latest updates from Faith No More and other related projects. 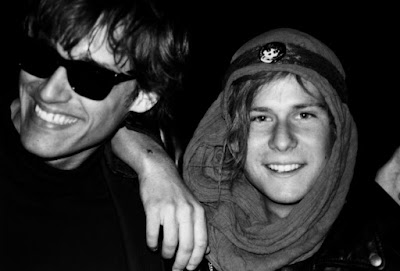 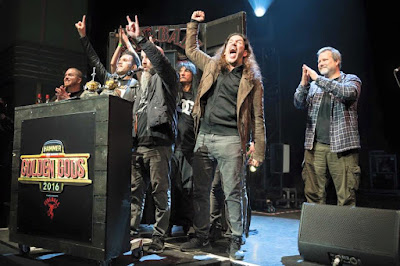 They add: "Faith No More totally did whatever they wanted, talking about genre but never forgot to let people have fun and enjoy the music. “Nowadays lots of bands crush their heads against walls trying to be 'interesting', 'innovative' or too complicated, and they just forget the point – music is by the people, for the people. "Make your own sound, write cool songs but let the people understand you and enjoy your music all together. Faith No More always understood this. Time changes, the power of music doesn’t.“


“We originally met somewhere on the road, in Scandinavia I think, and he was playing with his band Cloroform, which I really loved. That was the entry point into his world, for me. Then he started sending me some stuff that he was working on. I just thought, ‘Wow, this is amazing!’ So I asked him to do a record for Ipecac, and it just grew from there. At that point it wasn’t about collaborating, it was more, ‘Wow, this guy is doing really great stuff and I’d like to help out in any way I can…’” Patton


“I think Mike felt something refreshing and inspiring about what I was doing. I was surprised that he jumped right in, but he did. I’ve learned a lot from him and I also learned that it’s all in the details! He didn’t let go. He was really, really, totally into the process and I thought it would go on forever because he was working on the songs for many, many months. Finally it was released and that was it. The next stage was then at Roskilde festival in 2005 [as documented on 2007’s Kaada/Patton Live album] when we played together for one show. Seven, eight years later, I sent him some songs again and here we are today.” KAADA

Alternative Nation: Are there any plans for you to guest at Faith No More shows?

Chuck Mosley: I don’t know. I know they’re re-releasing that first record on Billy’s label, Koolarrow. So I guess they want to do something about that…I don’t know. I totally have to let them put that out. [Laughs]