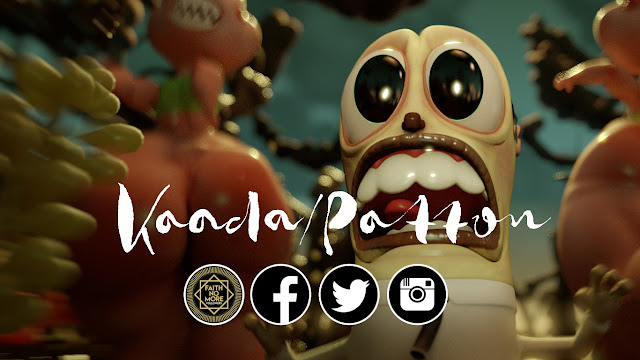 Mike Patton and John Kaada have released a new video to accompany the song Red Rainbow.


The song is from their second album, last years Bacteria Cult released via Ipecac. The video is based on the animated short film The Absence Of Eddy Table directed by Rune Spaans, written and directed by Dave Cooper and produced by Eric Vogel for Tordenfilm.

The story concerns titular character Eddy Table, who one day gets lost in a dark forest. There he meets an alluring girl infected by a mysterious parasite. Love and violence ensues. Soundtrack composed by Kaada. The voices are by Mike Patton, Ingrid Bolsø Berdal and Yngvill Haga.


Friend of our page Ben Mitchell spoke with director Rune Spaans in a podcast from the beginning of February.