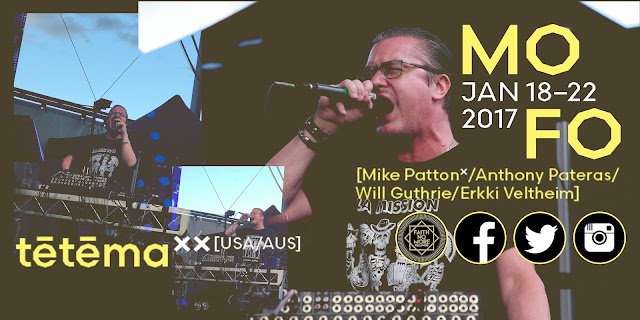 tētēma is a duo project from Mike Patton and Australian composer/pianist Anthony Pateras. It was announced in September that the project would be performed live at the Mona Foma festival in Hobart, Tasmania.

"Geocidal is audio caffeine injected direct into your eyeballs. Recorded across half the continents on the planet, this record investigates the murder of place. Do borders even matter any more? Should we even leave the house? Is there any specificity left in this generalized cesspool of culture? Or has the tidal wave of digitally-fuelled apathy swamped any sense of tangible individuality? tētēma demand another universe to this one, and have built one especially for you." - Ipecac Recordings

The live version of the ensemble featured Will Guthrie on drums and Erikki Veltheim on violin with Scott Tinkler on trumpet.

Rehearsals for the show were at Bakehouse Studios in Richmond Australia and Lachlan Carrick who kindly photos of the sessions with us. 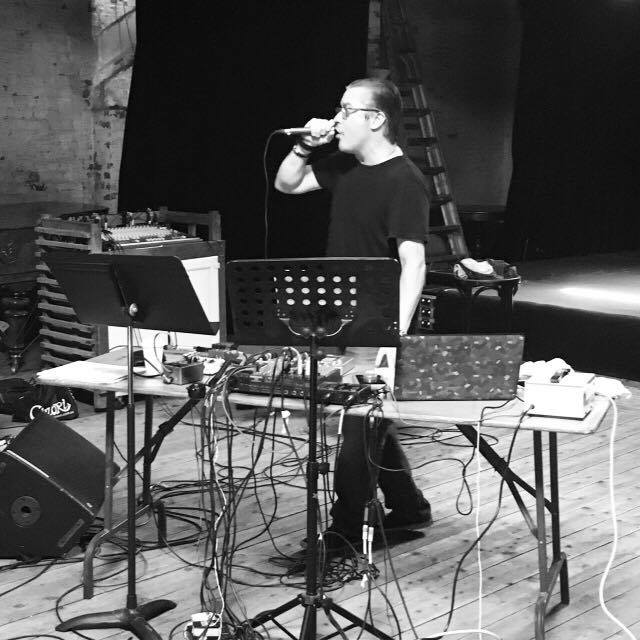 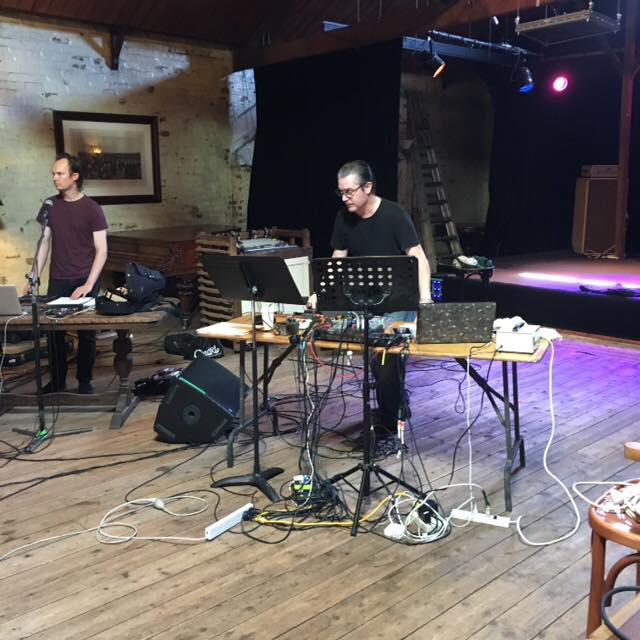 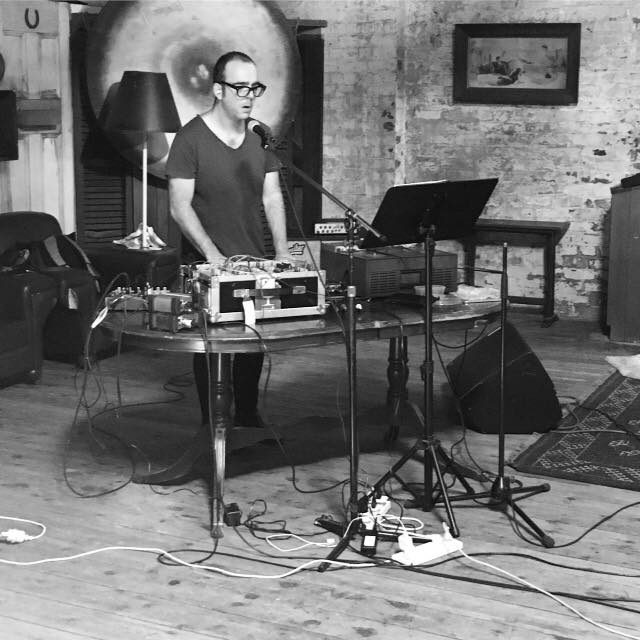 Earlier in the day, I had heard a group of Patton fans bemoan the fact that it wasn’t one of his better known vehicles playing that night. But they came anyway because it was Mike Patton: a vocalist capable of transitioning from a muscular roar to an angelic soprano without missing a beat, or taking a breath. Few mainstream artists can drag their fans through regions as foreign as Patton has, and continue to get away with it. When he laughed during Tētēma’s set, seemingly at nothing – probably at the fact that the performance was working, against the odds – everyone in the audience laughed too. They didn’t know what was funny – they laughed because Mike Patton laughed.

If anything, Tētēma was too professional. Patton’s involvement gifts credibility to this project in the eyes of many, but it sometimes lends a workmanlike air to music that could probably do with some rougher edges, with some more spontaneity. If this group had the opportunity to perform together more often, maybe some headroom could emerge. But as a listener previously ambivalent towards Tētēma’s sole recorded artefact, this performance was exciting and enlivening, simply because it had an audience to provoke. Music this perplexing doesn’t often get that opportunity in Australia, especially if it’s created by one of us.

Essentially, what Tetema delivered the crowd was a behemoth wall of sound. It was as though the crowd had just rocked up to a jam session and Tetema invited everyone to stick around for a bit. Of course, it only felt that way because of the experimental nature of the Tetema sound. Percussion is front and centre, fusions of exotic sounding drums and tones meaning that Patton's vocals are largely another layer to that percussion. Predominantly making noises that didn't seem entirely human, Patton was led by composer Anthony Pateras, who faced the singer rather than the audience for most of the show. Only on a couple of tracks was Patton's distinctive singing voice a feature. That man can scream like no other. There were a few Mr Bungle-esque moments, but Tetema is its own unique, hairy beast. 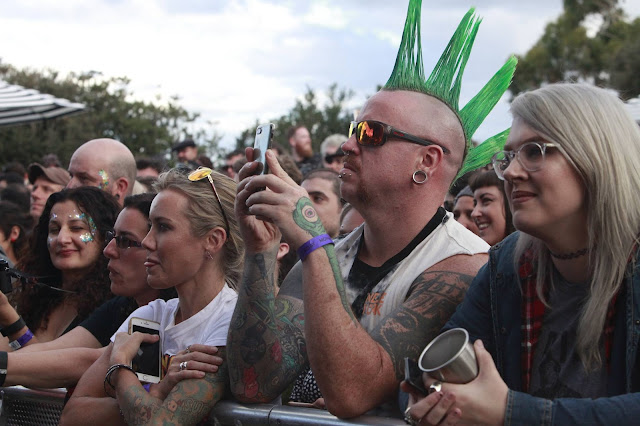 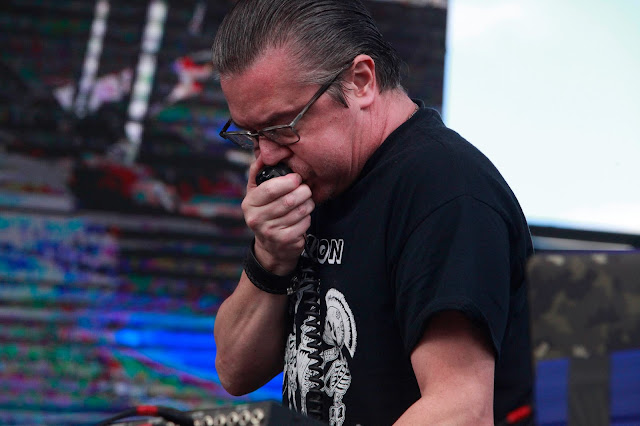 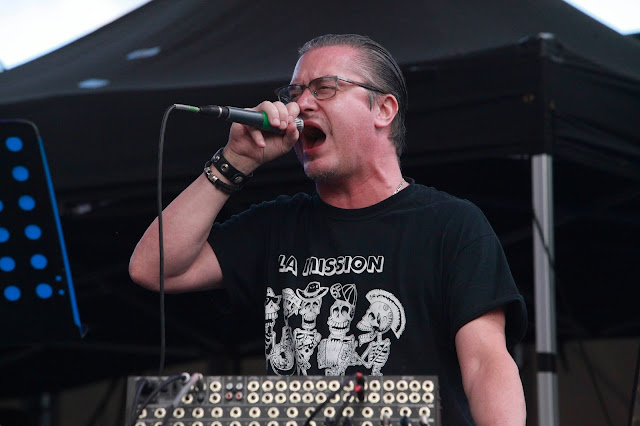 'The boys had a soft spot for our Tassie critters, particularly Buzz the Yellow-tailed Black Cockatoo, Randall the Echidna, Prince the Devil and Maria the Wombat (pictured).' 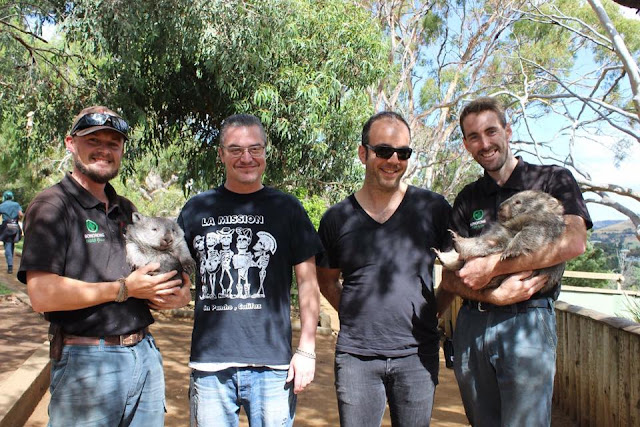