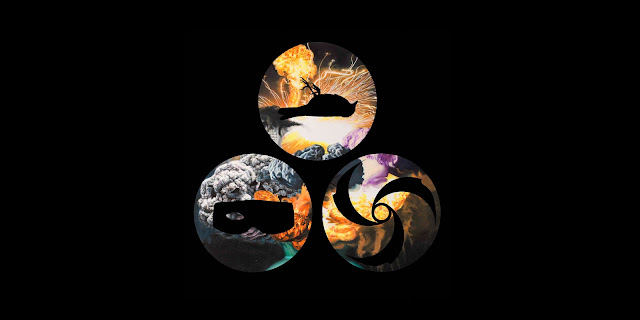 Heroes of alt-metal, art-rock and underground rap team up for a thrillingly dense debut

With their intricately stitched ping-pong vocals, tennis-ball-in-a-washing-machine beats and acid-house keyboard blasts, the group often resembles a less whimsical Animal Collective, especially on the industrial doo-wop of "Treat Em Right" and the cyclone of shredded melodies of "At Your Services." Certain stretches of the album, such as "Hate On," could have benefitted from one or two less layers of sonic abstraction and a bit more breathing room. But the interlocking harmonies, call-and-response lead turns and unexpected acoustic riffs of "Mr Mistake" show that these weirdos can do pop on their own terms whenever they want to.

After seven years of working on one track at a time, the trio have produced a gem that bears most resemblance to Drucker's three albums with Subtle, the avant-garde rap epic with wild images, surrealist lines and characters on a quest to make art with integrity and evade death. Nevermen picks up some of the themes buried and occasionally lost in the drift. At its simplest the ten madcap tracks tell of a fictional frontman and the pitfalls of fame, but listening to it is like settling down to a bedtime story told by David Lynch. Nevermen is a mad fantasia, like a parable pulled from a dream or A Pilgrim's Progress updated and made crazy for the Justin Bieber generation.

With a complementary range and at times uncanny similarity between them, the three voices often intertwine and harmonise in ecstatic union, from Tough Towns’ roaring crescendo and the rapid fire gang chorus that underpins At Your Service to Mr Mistake’s choral calm. A refined supertrio for the ages. 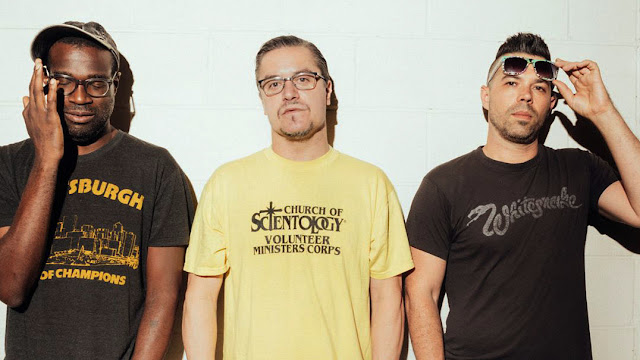 Nearly a decade under wraps, Mike Patton, Adam Drucker and Tunde Adebimpe emerge as Nevermen this month. In their first full interview, the trio meditate on making music like tapas and driving around in a mega Godzilla.

"Peeping Tom was my thing, it was very dictatorial in a sense. Nevermen is a different beast, all three of us entered into the adventure with equal input and output. I wanted to work with these dudes ‘cause I respect and love, in a grand sense, what they do. And I felt that a collaboration between the three of us could construct something larger.... hope we achieved that!"

"We all approached this project from unique viewpoints and provided those instincts… but ultimately, it was an exercise carried out between the ears. Meaning: we trusted each other’s background and impulses. Nothing more. If you are looking for a ‘genre-flag', then keep looking."

"In a perfect world, not rushing and letting the songs be done when they are is how everyone would like to work but doesn't get the opportunity to. And because there's no money spent on Nevermen – it's like friends, like how real people would make an album – we could ignore any of the other self-imposed pressures of finishing and rushing any aspect. It's nice to actually slow-cook a meal for once."