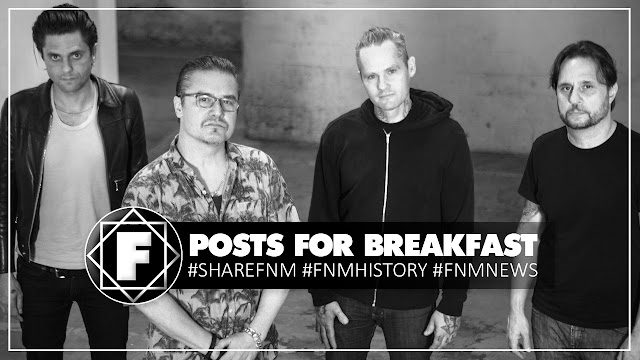 With only days left until the release of their debut album Dead Cross news is in plenty.


"It took a second for me to think about—like, wow, do I really want to do something like this? So two seconds later, I said, 'Yes, I'll do it.' And they sent me the music they'd recorded, and I did my best with it."

"It echoed back to when I joined Faith No More, to be honest. Here I was, joining an established sort of thing, and I had to do it on my own, with a real independent sort of focus."

"When we're doing a tour, they need us to play 40 minutes. We're scrambling to figure out what the fuck else to play! So we're writing new music just to fulfill our contract. It's pretty funny. There's not gonna be some crazy light show or production of any kind. It's gonna be four fucking guys onstage just slicing heads off."


“With regards to the video, it was a project idea that I had quite some ago. I even started out with a photo essay of the cockfights a few years ago to get a better idea. But recently Dead Cross contacted me to about creating a video for them for their debut album.”

“I have worked on a number of projects for one of the band members before. We brainstormed ideas together and settled on this. I was happy about it because I have been wanting to document aspects cockfighting for quite some time. The band was happy with the outcome and we will continue to work together. This was shot in Cebu and in documentary style. There will be follow up video soon but I plan to shoot more footage first and will edit it in a different style.”

Roddy Bottum has landed in Edinburgh Scotland for a full month of performances of his Opera.


Huck Magazine
Faith No More’s Roddy Bottum on learning to love Bigfoot. A monster of motivation


“Los Angeles is such a specific place to come of age because it’s so driven by fame. There’s a real infatuation with who’s who; a gawking at celebrity. So to move somewhere where the people are way more intellectually driven was a real eye-opener for me in terms of growing up. ‘Oh wow! It’s not all about glitz and glamour and making money.’”

“There’s lots of nuanced detail in-between but that pretty much sums it up in one sentence. People usually get in a band at a young age and put everything they have into its growth – and it’s a lot to deal with at that age. Getting to a point where you’re even mildly successful is treacherous. Just dealing with all these decisions and dramas leaves you in a very vulnerable position.”

“I shouldn’t have done as many drugs as I did, probably. I think my heart was always in the right place and I felt pretty pure, creatively, doing what we did. At the end of the day the only mistakes I’ve made are when I’m not loyal to the people that I love: the band members I make music with. Any sort of misstep usually involves doing something that was disrespectful to them.”

"Crazy things happen when you push yourself into something new. It might seem scary at times but embarking on a journey like that is only going to be magical.” 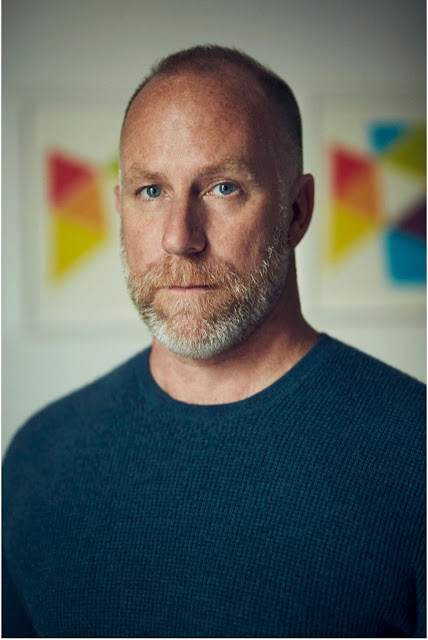 Fest Magazine
From Faith No More to musicals. Roddy Bottum talks to Lewis Porteous about working in a foreign format


“There’s something really special about working in a foreign format for the first time. I’ve never done theatre and there’s a freedom to be able to work and create in a naïve method. I’m only answering to myself and my creative needs. In doing so I tend to provoke and aim for outside of the realm of comfortability. I’m in no way interested in creating an easily digestible theatre experience. I’m aiming to disgust and enthral audiences. I want them to cringe and cry and be moved."

The last record, Sol Invictus, had no right to be as great as it was. Were you surprised?

"Yeah, that was surprising actually. It was surprising to go back to something all those years later. We hadn’t really spoken for a while - we’d been kind of in touch, but to all get back together and work on something that we all felt connected to was surprising. Yeah, on so many levels it was such a great thing to be able to do, to recreate with those people and reconnect with that band and make art in a powerful new way. It was really intense, and one of the luckiest things to happen in my life."


Bill spoke to Ginger Coyote for the 40th anniversary of Punk Globe magazine and revealed he has several projects on the go.


"When FNM split up, I found myself without a band but still wanting to work with music, and because I had been touring so much, I had found a ton of cool stuff in my travels that had no access. So I figured that I could do a little good there.
I went into it as a creative person, and the business reality was a serious learning curve, but in the end with was great; I managed to hook up with some cool artists like Tad, Alex from Einsturzende Neubauten, a band from Sarajevo called Dubioza Kolektiv, a dude from Sarajevo named Gino and his band Kultur Shock, Filippo blast core Flattbush…and the best thing of all is that I was able to re-release the first FNM album, the one we did when we were just kids."

"I’ve got three projects in the pipeline right now and also helping produce a film about the rise and fall of a group of heavy metal peckerheads from Kabul. But whatever, I see myself working with music for a long time to come"


Chuck is busy playing show across North America, but has stopped to give a few interviews along the way.


Valley Of Steel
Reintroduce Yourself: An Interview with Chuck Mosley


"Influenced by everything, really. A small sample would be futile, but my range goes from David Bowie to Stevie Wonder and Motown, to Nina Simone, to Black Sabbath, to Bjork. It’s all over the place. When I’m playing guitar I like Brian Eno, Jimi Hendrix, anything psychedelic. For newer bands I’m digging Mogwai, Spiritualized, Beautiful Sky, and we just played with an awesome band [Sunday] night in Portland, ME called El Malo."

"After these dates we are adding more overseas. Another European trip, maybe South America, maybe Australia. While we are in LA in August we will be recording with Matt Wallace for an upcoming solo album. In September EMP Records is re-releasing my old band Cement‘s second album, The Man with the Action Hair. It never really had a shelf life as I broke my back in a van accident while on tour. I’ll also appear in a short film written/directed by David Collupy called Like an Open Heart It Shines."