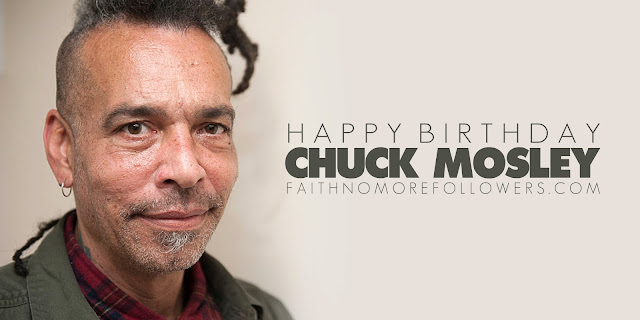 Ex Faith No More and Bad Brains singer and all around awesome guy Chuck Mosley celebrates his 57th birthday today.

Chuck has had a busy year touring, releasing the Demos For Sale EP, joining forces with Faith No More to promote their reissue of We Care A Lot and various other great projects including Indoria and Primitive Race. Therefore to celebrate his birthday we have collected some of his best moments from 2016 to share.

"Yeah through all the bullshit right after they fired me Roddy and I were never not friends, we've always been really close and always talked. With Billy and Mike there was a rough patch but that's long passed and it's all cool again."

"I stay around for two or three hours after every show signing and taking pictures with everybody, and people come up and say hi and they say, “I didn’t know what to expect but it was so different to what I imagined, it was so cool”. I want to believe they’re not lying. You know so, some people don’t get it, some people do. Who I am, whatever the fuck, Johnny Cash. Not like I’m trying to be like him or anything."

"I do take credit for starting that whole thing rolling, not the Beastie Boys not the Chili Peppers. I tell you what the Beastie Boys were rapping over hip hop and throwing rock songs in and the Chili Peppers were rapping over funk, it's just two world's I grew up in because of my cultural breakdown so it made sense to bring these things together. I always try to bring my friends together it has been my thing all my life – people who should have no business being together. Like Crips with Beverley Hills rich kids with ,like, surf dudes."

"Yeah, I was, but me and how my personality is, I'm not good in big groups of people. I'm more of a one-on-one kind of person. So I had my one or two friends and we'd go out and check shit out, you know. I was a big fan of the early punk rock scene in L.A., but at the same time, I was really young, so I didn't hang out with that many people, so I'd just kinda see them around and stuff. There was some people I had seen at shows and stuff since I was 16 or 17, then I'd get to know them later and become really close friends. A good example is Pat Smear who plays for... I think the Foo Fighters now" 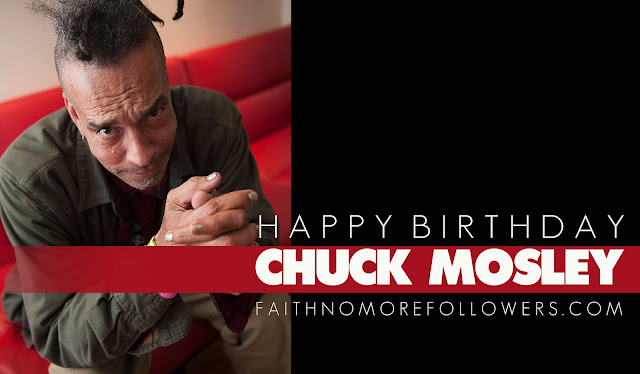 Labels: 2016 Chuck Mosley Faith no more We Care A lot