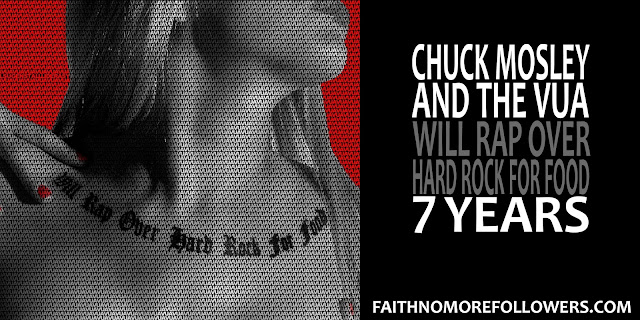 On this day in 2009 Chuck Mosley released his first album after a 15 year hiatus, Will Rap Over Hard Rock For Food.

"It just took that much time to be able to get it done right. Some of the wonderful people that helped me on this record, I might not have had all of them available five years ago or so. As far as I'm concerned, there isn't any filler on this album."


Chuck collaborated with several artists on the album, including Roddy Bottum, Korn frontman Jonathon Davis and Rob Zombie guitarist John 5. Mosley met Davis while Korn were touring as part of the Ozzfest lineup, and shared what he had completed of the album at that point with him. Mosley's backing band for the album were dubbed the Vandals Against Illiteracy (VUA), and comprised members of other groups, including Cobra Verde guitarist Tim Parnin, and "a guy named Eric" from Pro-Pain.

The album focuses on a mix of rap and rock music, a style which Mosley has been considered to have made popular with the release of Faith No More's We Care a Lot; a reworked version of that album's title track is featured on Will Rap Over Hard Rock for Food. The song "Sophie", a ballad, is named for Mosley's youngest daughter. - Wikipedia.


"I’d always been in touch with Roddy. He was the godfather to my first daughter. We started doing “We Care A Lot” as a joke, because whenever we’d play our shows, people would be yelling requests for us to play it, so we’d play the intro to it and stop, to tease the audience. We kept on going, and kept on going, and all of a sudden, it turned into a whole song with a new intro, and we updated the lyrics and slowed it down. I asked Roddy, and he did it, and that was pretty easy." 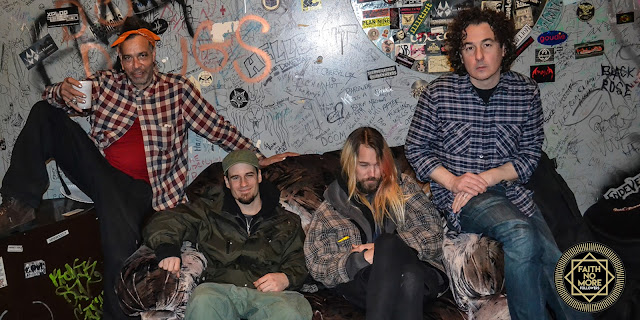 Labels: 2009 Chuck Mosley VUA We Care A lot Will Rap Over Hard Rock For Food