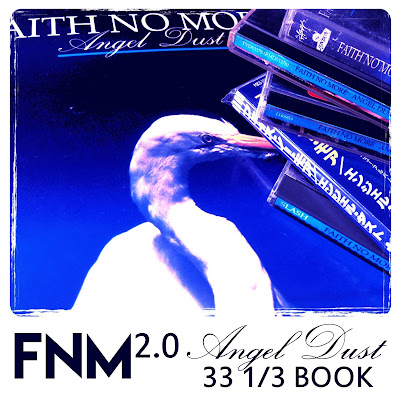 With Faith No More's triumphant return to the forefront of the music scene comes a renewed respect from the media circus.

In fact it would seem FNM are more popular than ever having adorned the cover of over 30 magazines in over 15 different countries in the last few months. Many of these articles begin their praise for one of history's most compelling bands with a retrospective of their career so far, some in more detail than others.

Indeed we, as fans, are familiar with FNM's colourful back story yet we are always hungry for more information.

In 1994 Sanctuary Publishing printed the first in depth book on FNM. 'The Real Story' was written by Steffan Chirazi. Steffan had championed the band since 1985 and written many of Faith No More's most notable articles and interviews which appeared in such magazines as Kerrang!, Hot Metal and more. Steffan was on 'the inside' having hung out with FNM on tour and on a personal level, revealing things only he could. To this day he remains good friends with the band. Even though this book is a fantastic insight Steffan revealed to us that is actually a draft that went to print accidently rather than his final edit, and he has no interest in continuing the story.....for now. 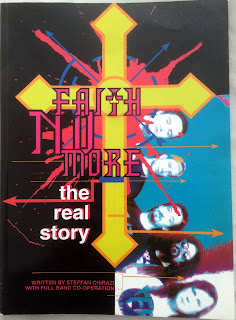 In 2008 Kerrang! included a six page tribute to Faith No More written by Paul Brannigan. This was the longest article concerned with the band in a magazine since 1995.

In 2013 music journalist Greg Prato's book 'The Faith No More & Mr. Bungle Companion' was released. It is a great chronicle of both bands which refers to many articles and interviews from over the years. However enjoyable the book doesn't really cover any new ground in detail. 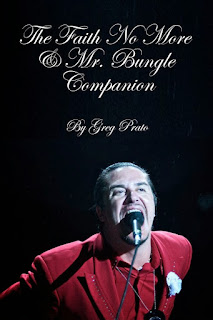 Since FNM announced they would release their first album in eighteen years there has been media frenzy and Kerrang!, Metal Hammer and Classic Rock Magazine have all printed their own extended features. Again however, as respectful and helpful as these may be, we are reading a familiar narrative.

On a few months ago the 'Faith No More / Mr Bungle Comic Book' was printed written by Mike Wellman. The FNM story covered many of the most infamous events from the band's timeline and even turned up a few surprises, excellently researched by the author.

This brings us to July 2015 and a new book written by my good friend Adrian Harte who you will know from the most consistent and ever informative website Faith No More 2.0. Adrian has used his extensive knowledge and contacts to write a book on Faith No More's album 'Angel Dust'. Here is a brief summary written by the author.

Should it get commissioned, the book will tell the story of Faith No More’s 1992 album Angel Dust and strip away the mythology and misinformation behind this macabre and misanthropic masterpiece. The book will take a detailed look at the composition and recording of the album, and examine how the creative impulses of the band members and commercial imperatives competed and collided to produce great art. It will explore whether Angel Dust was really an act of deliberate commercial self-sabotage as has been depicted, and will look at the individual motivation of each band member. Finally, the book will also explore the band’s legacy and whether Angel Dust and the band can really be blamed for the worst excesses of nu-metal.

Those that know Adrian will agree that this book with be something that can not be missed. Unfortunately this isn't a done deal. The proposal is one of 605 submissions competing for about 10-15 slots to be published as books in the prestigious Bloomsbury 33 1/3 series. The short list will be revealed in about two months.

How can we the fans help? We can spread our support for this book by adding to the comments section on the 33 1/3 page and share where ever possible the information. I'm sure we all want to read this book so please support where you can.