Wiliam Pereira is a caricaturist and cartoonist from Brazil. His striking  and accurate representations of rock musicians appear in leading Brazilian music magazine Rock Brigade and their is no band safe from his witty sketchbook.

In 2009 he created a fantastic illustration of Faith No More which he presented to the band who were blown away by the design and added it to their official website.

He has just presented us with a 'Sol Invictus' caricature which is again stunning. With such a fantastic reaction from social media we decided to ask him a few questions.

What inspired you to create these great Faith No More caricatures?

Firstly I am a great admirer of the band. Secondly for being one of the bands that really gave me a great reception when I delivered my first work to them, and they released the art on their official site!

What was it like presenting the band with their caricatures in 2009?

It was my first cartoon band. My reaction could not be any other, surprised by the great reception we had! It was a magical moment in my life, knowing that my work was well appreciated by a band that I admire so much.

How are you approached for your work and how long does it take to finish a piece?

Well, I work usually doing exhibitions and publishing my work in events sponsored by large companies.The time taken to do a certain caricature is quite relative as in sponsored events they have to be fast,  when they hire me particularly to do something specific it may take 1-4 days.
This caricature of  FNM took 12 days to do, due to the size of the job. This caricature was made in 100cm x 70cm and requires a long time.

Which other musicians have shown their appreciation for your caricatures?

Who is your favourite band to paint, and which caricature are you most proud of? 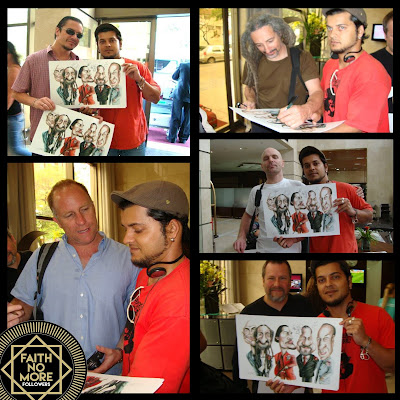 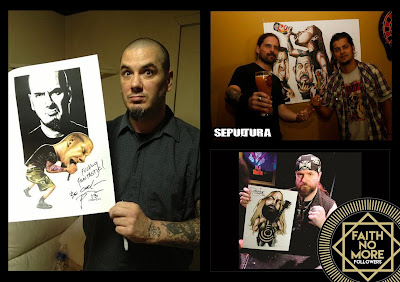 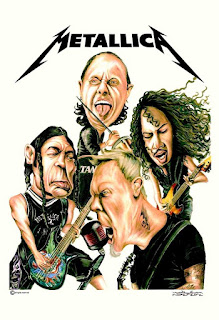 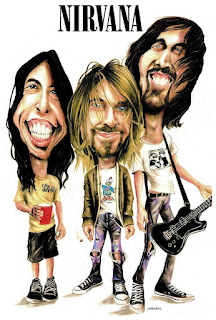 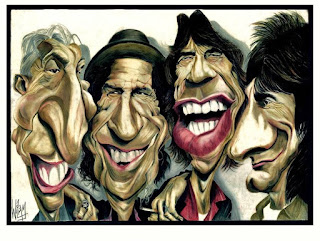 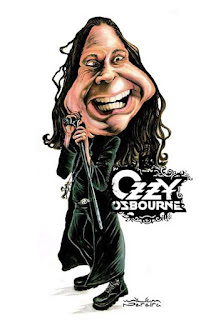