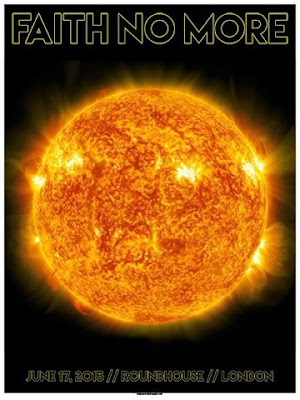 The first of two shows at the Roundhouse in Camden, London.

Tour poster designed by IOM and available on Secret Serpents. 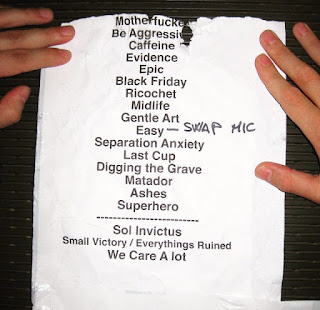 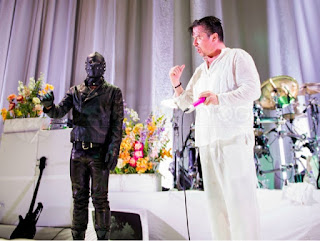 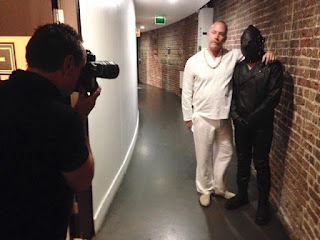 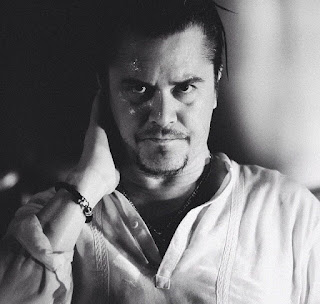 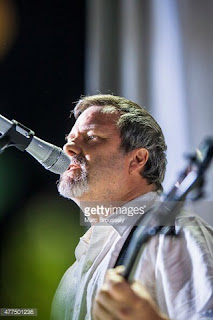 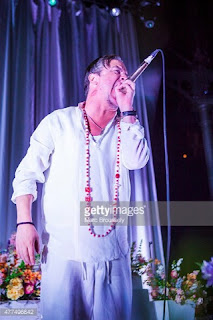 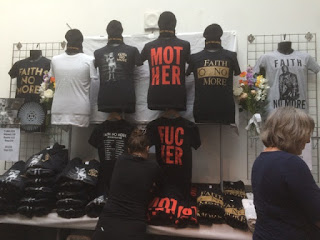 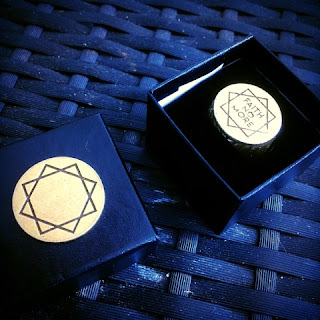 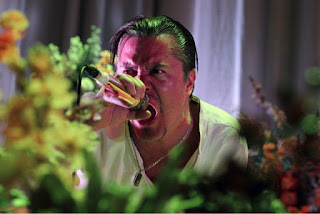 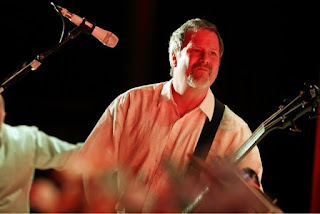 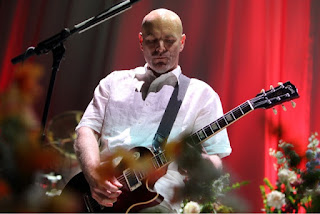 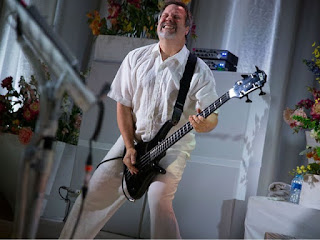 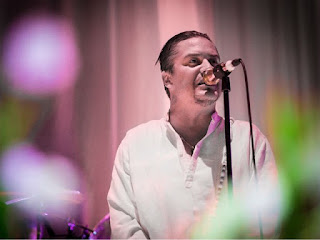 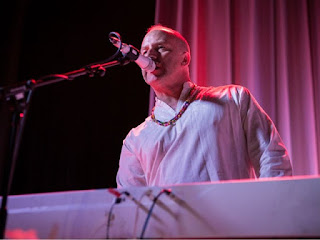 Singer Mike Patton, pictured, was in combative mood, beginning every song in a crouch, legs splayed, as though ready to take a punch. Now 47, the affectionate crowd chanted “You fat bastard” at him. “That’s the London we know and love,” retorted keyboard player Roddy Bottum.Bottum’s work was often what lifted the band above a more brutish guitar assault, especially on the sophisticated, climactic new one, Matador. They also showed a softer side by covering The Commodores’ smooth classic Easy, with no sign of iconoclasm or even a raised eyebrow.

The stage presentation added to the sense of drama. With everything and everyone clad in white with some rather fetching floral displays, the use of colour wash lighting simply but successfully altered the backdrop from song to song. There was also a guy in a gimp costume who did as Patton commanded for the opening song and encores. Not sure what is brought to the party or even if it was a party that I wanted to go to.