FAITH NO MORE | Inside Estudios Koolarrow with Bill Gould 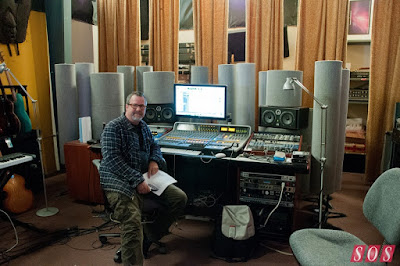 Written by Matt Frost the article is a great insight into the process of record making and a peak inside Bill's studio 'Estudio Koolarrow, where the magic happens!

Here is an excerpt available from SOS

Recording and producing your own music is always a challenge — especially if, like Faith No More, your previous albums have been done by the best in the business!Matt Frost

ans of genre-twisting cult rock five-piece Faith No More could have been forgiven for thinking that 1997’s Album Of The Year would be the last long player the band would ever cut. Less than a year after that record hit the shops, the group split acrimoniously.Eventually, however, Faith No More returned as a live band in 2009, and they spent parts of the next three years touring the globe. Then, last year, the band debuted two new songs during their Black Sabbath support slot at Hyde Park, and in September, bassist and producer Bill Gould confirmed that they were working on a new album.After more than two years of off-and-on writing, recording and mixing, Sol Invictus finally hit the shops last month to a flurry of critical acclaim. Although Bill Gould is a successful record label owner and producer in his own right, and co-produced Album Of The Year alongside Roli Mosimann, Sol Invictus was the first Faith No More album to be entirely produced by him. What’s more, Bill also....

The full article is available to download from Sound On Sound. 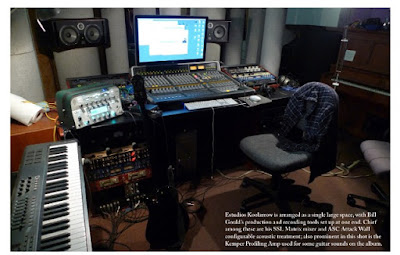