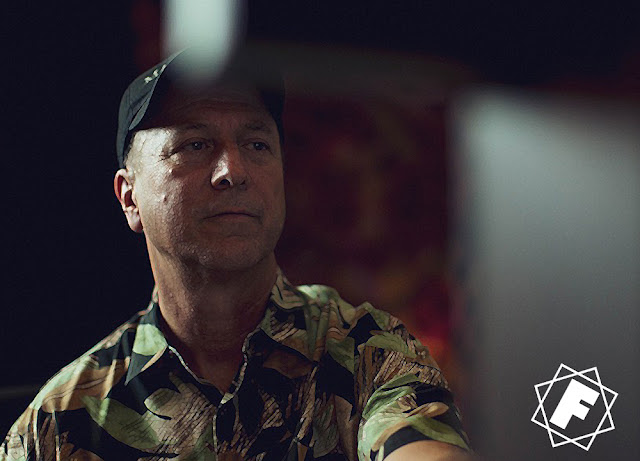 Producer Matt Wallace Opens Up About His Work With Faith No More, the Replacements + More | Diffuser [Full Interview]


Music history abounds with notable examples of bands who worked with the same producer on a string of key releases. In many cases, the producer’s name has become more or less synonymous with the band’s, with perhaps none more well-known than “Fifth Beatle” George Martin. In the case of Faith No More, no one is better positioned to provide a comprehensive overview of the San Francisco quintet’s history than producer-engineer Matt Wallace, whose history with the band dates back to its embryonic stages, long before it had even settled on its name.
Wallace has since worked in various capacities on five out of seven FNM albums, including their first since reuniting, this year’s Sol Invictus. He recently sat down for a lengthy (8:00 am!) chat with us that left no stone unturned. As Faith No More’s victory lap of North American arenas winds down, we thought it’d be the perfect time to look back on the band’s colorful story.

When Faith No More returned with Sol Invictus earlier this year, they brought with them massive expectations based on their back catalog. The album ended up receiving wide acclaim, including our four-star review, in which AllMusic editor Mark Deming asserts that the album "truly adds to the strength of the group's legacy rather than diluting it."

Matt Wallace definitely knows that back catalog and legacy better than most: he produced the band's first demo in his parents' garage, ran sound on their first live show, worked with them through the commercial success of The Real Thing and critically-lauded Angel Dust. He pursued other musical avenues through the 90s and 00s, including producing Maroon 5's mega-smash debut Songs About Jane and is currently in the studio with 3 Doors Down, but he managed to return to his roots by teaming back up with Faith No More to assist with the mixing on Sol Invictus. We talked with Wallace about watching the band grow, how members came and went, his unexpected reaction the first time he heard The Real Thing, and what it was like to dive headfirst into the mainstream pop world after working with a more challenging band.