TOMAHAWK | Oddfellows was released 5 years ago! 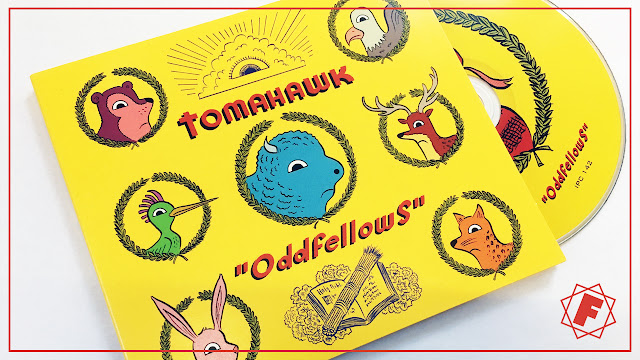 "Oddfellows is easily Tomahawk’s most diverse to date: There’s groany, smoky, Morricone-jazz; there’s twisty AmRep-gone-R+B bludgeon; and, most notably, there’s the types of epic, majestic choruses that Patton diehards might remember from the final Faith No More LP, Album of the Year." - Spin

As for Patton, let's just say age does not appear to be mellowing the man. One minute, he's on the ground, slithering, saying something vile; the next, he's pleading, full-throated, desperation on his breath. It's still a strange kind of thrill, hearing him bounce around a track like this, and if you like what he does, there's no shortage of the stuff here. Though close listens will turn up plenty of jittery Pattonisms way back in the mix-- I'm partial to the cheeky "bum-b-bum-bum" in the otherwise leering "Choke Neck"-- the trademark tics mostly take a backseat to what, for Patton, scans as fairly "normal" singing. Still, you throw a yowling Patton against a Denison firecracker like "South Paw" or Oddfellows' title track, and you're pretty much bound to hit something. Denison's said he'd like Oddfellows, unlike the jitterier, more outwardly experimental Tomahawk LPs that came before, to be the kind of thing you'd want to see on a big stage, beer in hand. With riffs as colossal as the ones under "Oddfellows" and the looser, menage-nodding "Waratorium", it's not hard to picture.

I wish sex were more like this album.  Some songs are emotionally charged, and others are more humourous and whimsical.  It’s simple where you want it simple. It’s complex when you want it complex.  You never find yourself bored between the songs and you just want, crave, and NEED MORE. Yes, yes, a thousand times yes, to Tomahawk.

Oddfellows clearly signals a return to the style and spirit of Tomahawk's self-titled debut, and to some extent the highlights of Faith No More's latter days. It strikes the prefect balance: accessible, yet with enough idiosyncrasy to make it more than just a formulaic retread of past glories. 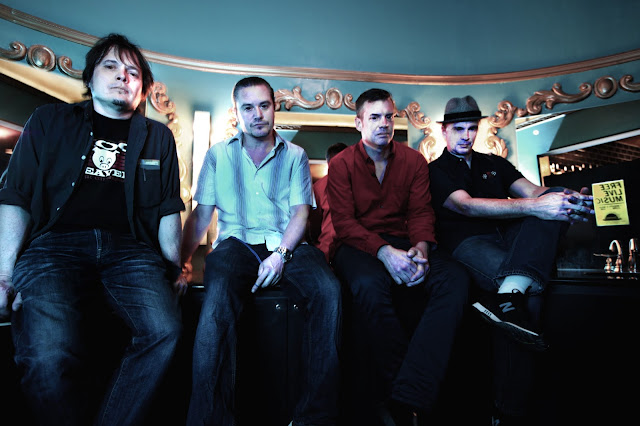 "None of ‘em are really hard to work with. In the beginning I would say Stanier. But not now, not at all. Man, the guy is so solid that it’s unforgiving in a way. It’s like “No, maybe a little looser here,” and he’d look at me like I’m crazy. So me and him had a little bit of a thing, not a bad thing just like a — wow, I have to understand how this guy works. He’s hearing this stuff almost as mathematics and I don’t think that way. He’s like a fucking robot, it’s amazing. Then I thought about it like, “This guy is the backbone of Tomahawk right here.” And the backbone has to be straight. I’m used to a curved spine. It’s really refreshing."

"We would say, “What about a dark or heavier Beach Boys? Or what about a more dissonant or driving reggae/dub thing? Or what about a gospel get-down party with ghouls and zombies.” As far as extra-musical things, there’s a very well-stocked bar in the studio, too. That helps. I’m not going to be stupid and say, “Aww, we’re Tomahawk we drink bourbon and eat buffalo burgers.” But we did."

"Well, it didn’t take long to actually record and mix the album. It really didn’t. But we hit some snags along the way. There were personal things, like a death in the family and that kind of thing. Then, because that pushed everything back, there were scheduling conflicts. We probably could have put the album out in the fall, but we wouldn’t have had as much time to get ready for it, and set up, and do the press, and get ready to tour, and all that. So we decided to push things back and wait until January. I’m glad we did, because now we have more time to focus on everything. I hope we made the right decision. I think we did."

"When writing music, I have certain things in mind that are directly influencing it, and I might listen to things to gain some perspective or to give me a sense of orchestration, or the way an entire record is put together in terms of different tempos or what makes it cohesive. Kind of vague things in a way — well, some vague, some not so much, but I also listen to things that completely oppose that, just to clean my head out. Obviously I’m not interested in creating a copycat record — I just want to take the ideas that influence me and mold them into something that’s my own."