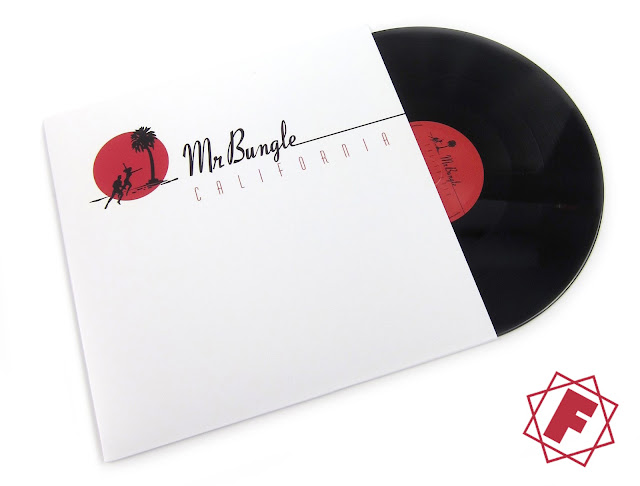 On July 13th 1999 Mr. Bungle released California, their third and final album. The release was orignally intended to be a month earlier however Warner Bros. delayed due to the release of Californication by the Red Hot Chili Peppers.

"More than anything, the title really sums up sonically what's going on on the record. It's very pleasant at times, and then there are a lot of little disasters that come up and present themselves, then blow over and go away like a storm." - Patton 1999

California is, like all three Mr. Bungle album's, a radical departure from the sound of their last release. The experimental / avant guarde explosions of Disco Volante are replaced with, for the most part, traditional song formats.

"The only thing I can really say about it is that there are more songs on this record than we've ever written together in the past. When we started writing for this record, it became apparent that we were all writing in the song form more than we ever had, and we said, "Hey, it would be fun to do a record of songs." As opposed to operettas or jazz improvs or, you know, noise pieces—whatever the hell you want to call them. We thought the stuff seemed really strong, so we stuck with it. It felt natural. An electro-acoustic noise piece or whatever just wouldn't fit on this record. I don't know if you'd agree with that or not, but every record is its own universe; we don't think about whether or not it fits into the grand scheme of what Mr. Bungle is, or, "Oh, gee, we didn't represent with the chaos!" Basically, that stuff doesn't matter to us. Each record is its own little world and requires its own little special things, and you use special tools to get those things. And that's pretty much it. Another thing that ties this together is that there's a shitload of vocals, way more than I'd ever done before with Mr. Bungle. The layering and stuff like that, not just with the vocals, but all the instruments… Like, if someone were going to try and remix "Sweet Charity," I'd pray for them. One track alone is a harmony vocal, then all of a sudden it's a glockenspiel for two notes, then it turns into a hand drum, and then it turns into a guitar part that lasts for 30 seconds. It's a disaster." - Patton 1999

"I think that each of the three albums has it’s own personality and I don’t mean to create some sort of hierarchy with them.  The first record is the result of irreverent youth, the second represents a sort of identity crisis associated with “growing pains” and self-reflection. For me, California is the culmination of a lot of individual and collective thought and a deeper understanding of orchestration and song form.  There is something more mature about it and I suppose I say this mostly from a subjective vantage point, namely in regards to my own song-writing.  That said, California is almost 20 years old and I find it difficult to look back on anything that distant and not see miles of room for improvement.  So many things that I or we could have done better, to make a better album.  But that I suppose is why we all continue to make music — it’s a life-long process of building and stripping away; finding the core of what we want to create and learning how to better execute it." -  Dunn 2017 Trevor Dunn on the making of California.

"It would have been too easy to make a Disco Volante II. It just happens that, as an unspoken rule, we go to new places with each album. California is not really that "poppy" in the modern sense - it might be OUR projected fantasy of "pop" music, as it certainly draws on recent decades of popular entertainment. It's true that the album has potential to cross into some of the tastes of the moment, but I'm not holding my breath about any radio airplay. We've been around long enough to know how these things work! We made the album for ourselves and for the people who follow our music." - Spruance 1999

Their is an obivous nod to California lifestyle, a surf's up / Beach Boys flavour.

"Beach Boys and Brian Wilson have been in our heads for years. I tried to get these guys to do something from the Beach Boy's "Casino Royale" about ten years ago. They didn't go for it. How can you not be influenced, at least slightly, by Brian Wilson if you have squeezable melodic intentions?" -  Heifetz 1999

"It wasn't until four or five years ago that I realized how great some of Wilson's Beach Boys stuff is. You know when you're a kid, you love the Beach Boys - then you turn 'cool' and you have to hate them.  It took me a while to get over that." - Spruance 1999 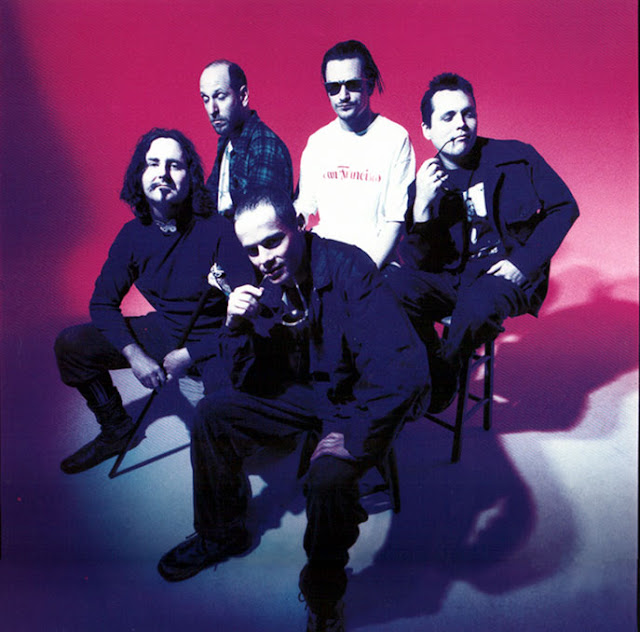 "California'is arguably Mr Bungle's most beguiling effort to date. Songfocused without sacrificing any of their trademark quirk, that line between genius and madness just got fainter." - Kerrang!

"California" meticulously stiches elements of polka, death metal, campy lounge pop, and '50s surf into a dense, colorful quilt, and the result is a striking listen. These are carefully crafted songs whose overall tone is akin to the Butthole Surfers' "Pioughd" album - experimental, catchy, tongue-in-cheek. But there's a palapable darkness to these tunes that may not be discernable upon first listen." - Alternative Press