FAITH NO MORE released their last single 'Cone Of Shame' 3 years ago! 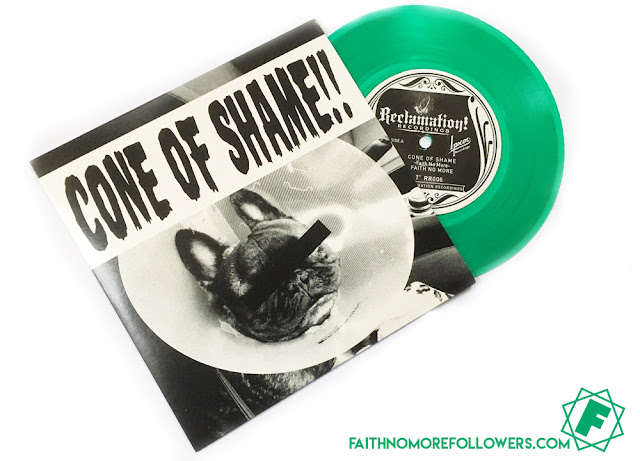 The song was released as the third single on 7" vinyl from Sol Invictus. It was available in four different colours (clear,gold,red and green) with the Calcitonin Mix of Motherfucker remixed by JG Thirwell as a b-side. Single cover designed by Bill Gould.