FAITH NO MORE performed at Amoeba Records in San Francisco 5 years ago! 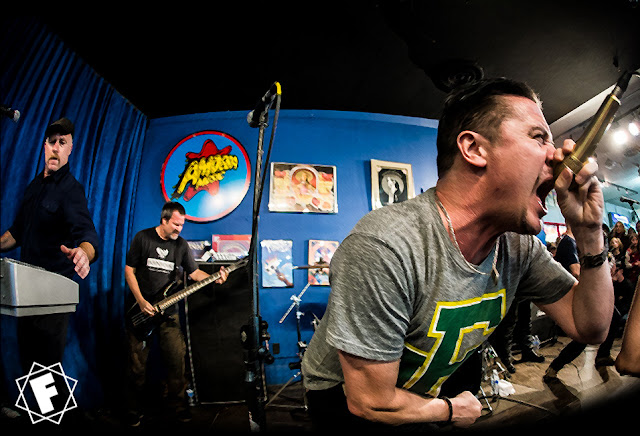 On November 28th 2014 Faith No More performed a surprise show at Amoeba Records in San Francisco.
FNM surprised us with a show to celebrate Record Store Day Black Friday and the release of Motherfucker on 7" vinyl, their first new music in 17 years.

Motherfucker
As the Worm Turns
Spirit
Ashes to Ashes
Superhero 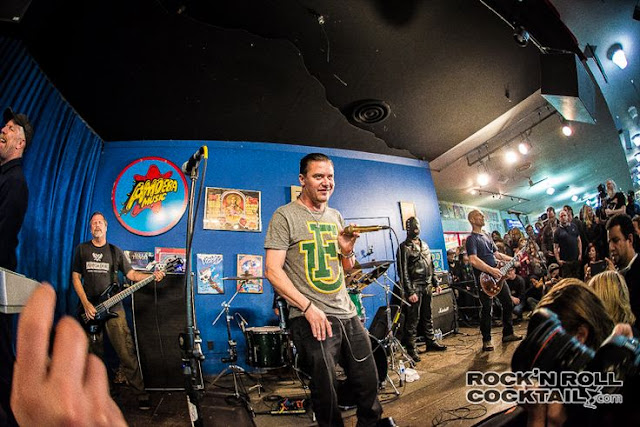 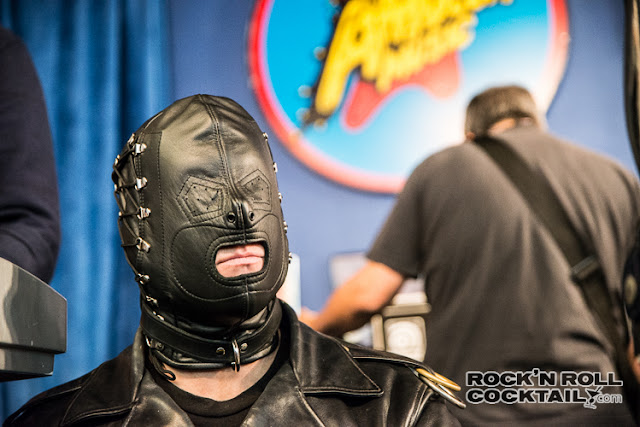 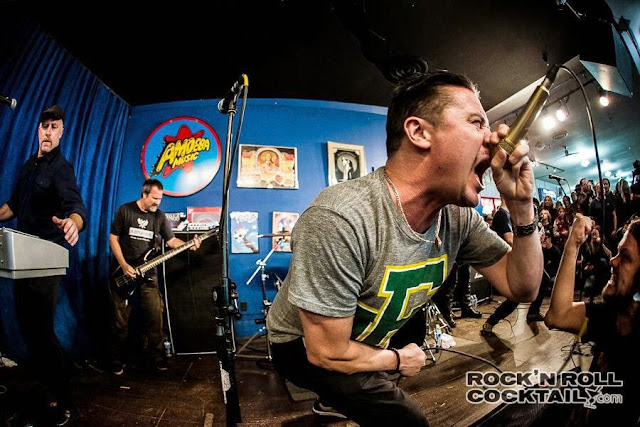 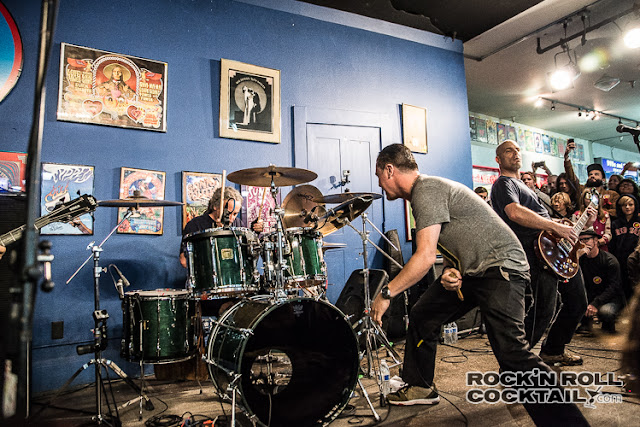 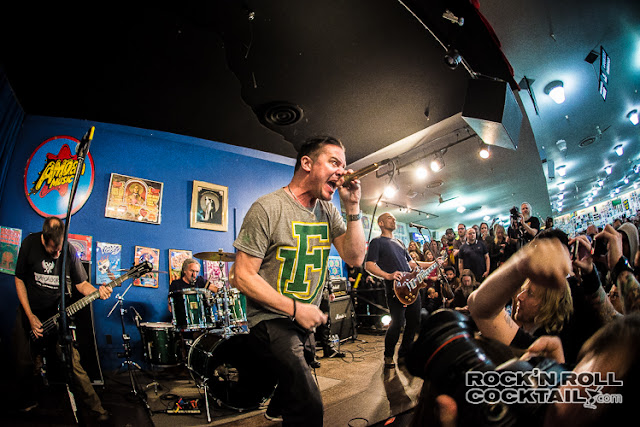 Faith No More Leaves the Crowd Panting For More at Amoeba

Black Friday 2014 saw the auspicious return of both Star Wars and Faith No More. And both “returns” were morsels that demanded feasts in their wake…for which we’ve been asked to wait.

The 88-second trailer for the seventh Star Wars film teases a movie we won’t see for another 13 months. One hopes Faith No More, whose five-song set at Amoeba last Friday left fans ravenous, won’t make us wait that long. Fans as young as 5 and as old as 70 filled the aisles in anticipation of the 6 p.m. start time. By 6:15, the band took the stage with their Album of the Year-era lineup — Mike Patton, Mike Bordin, Billy Gould, Roddy Bottum, and Jon Hudson — fully intact. They also brought out a man sheathed in a leather suit and facemask whom they referred to as “The Gimp.” It was unclear what purpose The Gimp’s presence served: possibly he’s some greater thematic component of their new material or a potential ally for Patton’s legendary onstage shenanigans.

But so it goes: without explanation or qualification Faith No More launched into their new single, “Motherfucker,” a rousing return to form for this singular and strange band. The energy was a bit sluggish initially, the vibe slightly harshed by the mid-evening pace and brightly lit stage. Patton’s soaring chorus, however, gave the crowd chills — they were now very much back. Bassist Gould and keyboardist Bottum joined in for some righteous three-part harmonies on extremely deep cuts, “As The Worm Turns” and “Spirit,” from their debut, We Care A Lot and follow-up, Introduce Yourself, respectively. Both roused the audience against the limits of the record-strewn aisles and served as a reminder of what a great thing it is to have this band back.

Their sound, at once atmospheric, metallic, poppy, and transgressive, remains unmistakable and without peer of a comparable calibre. “Ashes to Ashes” off of their last full-length release, 1997’s Album of the Year, saw them hitting a steady stride that finished off with new track, “Superhero,” a perhaps even more promising taste of their new material than the aforementioned “Motherfucker.”

Then…that was it. The band left, gimp and all, as the Amoeba crowd clamoured for more. Even your humble encore-averse reporter was dying for at triple what we’d just heard. Their manager came out and shook his head, the house music went on, and the audience departed, frankly shocked that it was all over and done with so quickly.

As someone else in attendance pointed out, bands usually do an in-store at Amoeba in advance of a headlining show elsewhere in town. But despite a handful of festival dates abroad in 2015, there’re no live actions on the Faith No More docket for the near future. One hopes and presumes these are simply under wraps at the moment because damn…that was just not enough.

Critic’s Notebook: Most of the band’s Bay Area family — including their teenaged nieces and nephews — crowded along the side of the stage. Said nieces and nephews mercifully did not roll their eyes when others in attendance explained they had been following the band since they were “their age.”