FAITH NO MORE sixth studio album 'Album Of The Year' was released 21 years ago! 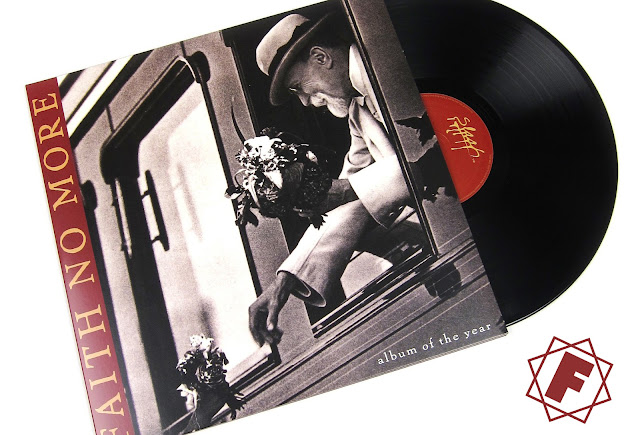 On June 3rd 1997, Faith No More released their last recording of the 1990's, Album Of The Year. The first album to feature Jon Hudson and to be produced by Bill Gould.

"It's got more feelings and balance than our previous albums. Possibly it's darker too. I don't think we developed too much from album to album before. But now it's easy to trace [a development]." -  Mike Patton 1997

Read the full story of how FNM created this album in our 20th anniversary article, ALBUM OF THE YEAR 20 | MAKING THE ALBUM. 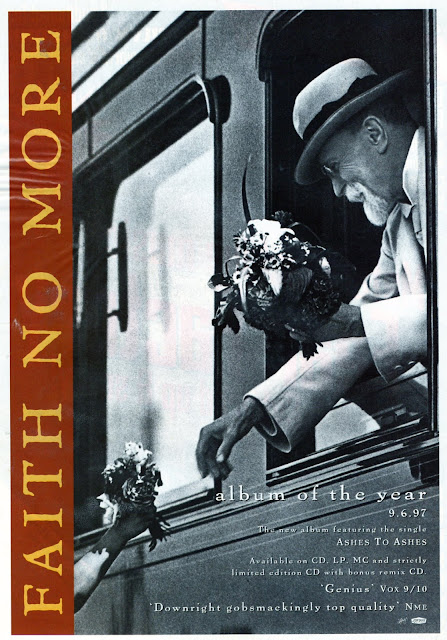 'Wipe that shit-eating grin off your mouth. No, on second thoughts, show us every one of those Colgate-shy dentures because ol' brown tongue is back. And he's as mad as a brush that eats it's own shit. No surprise there then. What is a very pleasant surprise is that this seventh FNM LP ever made it out of the khazi.
Fifteen, yes, that's 15 years down the line, it looked like it was all over for the San Fran rock-rap-funk behemoths.' - NME

'Maybe not album of the year then, but undoubtedly a strong contender. And an unexpectedly forceful 'hello' from an act many thought were all washed up.' - Kerrang!

'Faith No More have often been hoisted by that particular petard and although in the past they have missed as often as they've hit, the time has come to praise them for it instead. Perhaps not "Album Of The Year', but certainly up there.' - Metal Hammer

Read more reviews in our article, ALBUM OF THE YEAR 20 | CRITICAL REVIEW.