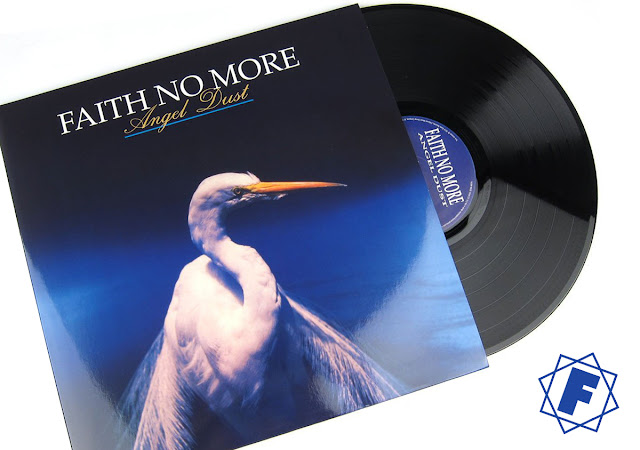 On June 8th 1992 Faith No More released their fourth studio album, Angel Dust. It was the first album to feature Mike Patton from the writing stages and the last to feature Jim Martin's guitar.

"There will be no middle ground for this album. It's either gonna be absolutely huge or it'll be a total fucking flop." -  Bill Gould 1992

Read the full story of how FNM created this album in our 25th anniversary article, ANGEL DUST 25 | MAKING THE ALBUM. 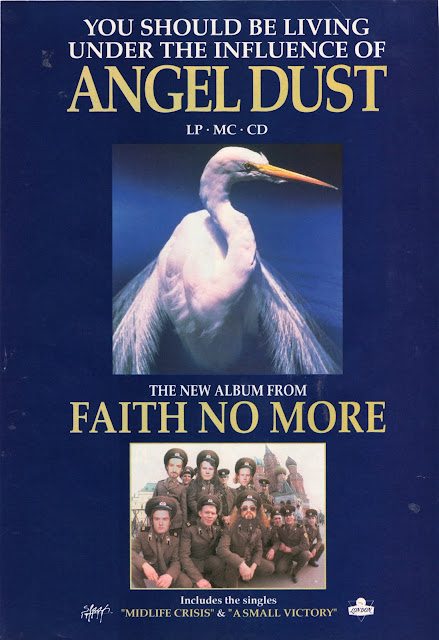 'This is tightly constructed noise on the grand scale that bellies its simple metal calling. It's loud, it's aggressive and, like any rock record worth its salt, it excites at the most instinctive level. Their time has surely come.' - Q Magazine

'Imagine "Never Mind The Bollocks", produced by Brian May, if Steve Jones had grown up on Sabbath and King Crimson rather than The Faces. Pomp rock motored by punk disgust. Symphonic bombast, scrofulous with detail. Visionary venom, misanthropic majesty, grotesque grandeur Aesthetically and philosophically, "Angel Dust" is profoundly, putridly offensive, but I keep coming back to it, like a scab.' - Melody Maker