CHUCK MOSLEY Documentary 'Thanks. And Sorry: The Chuck Mosley Movie' 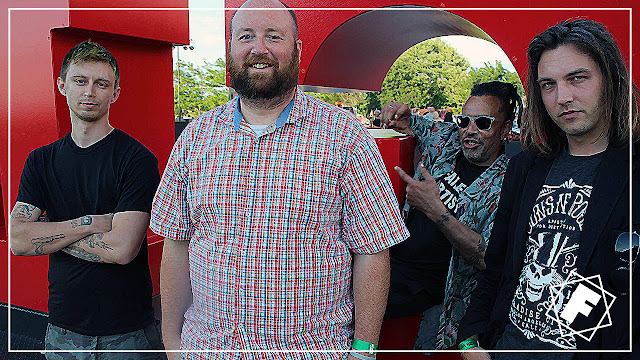 Director and touring member of Chuck's band Drew Fortier is directing a documentary about Chuck Mosley.

"I am incredibly excited to tell Chuck's story,"  Drew told Blabbermouth. "I believe everyone will be able to get something positive out of the finished project of what will be Chuck's film."

Thanks. And Sorry: The Chuck Mosley Movie will be produced by Chuck's longtime friend/bandmate/babysitter Douglas Esper, who is also working on a book about their time on the road and in the studio together.

"In supporting Drew, I hope to give people a glimpse into the beautiful and frustrating mind of one of the most unique, self-proclaimed 'rock satellites' of all time," said Esper.

Drew and Doug recently launched a Facebook page for the project. They are eager to hear from fans, family, friends, and anyone else willing to share stories, photos, audio, and video of Chuck.

"A little background on this voicemail. It was one of the last voicemails I(Drew) ever received from Chuck confirming the documentary we planned to do on him before he passed. We have the blessing from his family and loved ones to carry on with this wish. As for the weird voice: While on tour with him, we all would constantly crack each other up by saying almost everything like the Batman villain Bane. We would soundcheck as Bane, order food as Bane and even do Karaoke as Bane. It started with Doug and rubbed off on all of us. It was hysterical. Since then whenever Chuck would call me, we’d each answer the phone as Bane. He is missed and loved very much."