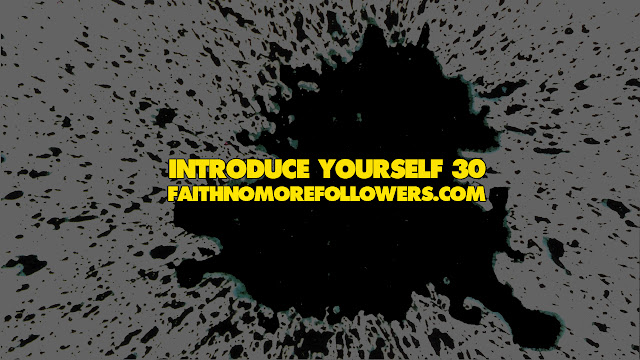 Thirty years ago, on April 23rd 1987 Faith No More released their second studio album Introduce Yourself.


Voted as one of Sounds Magazine's most important albums of the year in 1987, considered an insiring masterpiece by many....Introduce Yourself was released thirty years ago.
Recorded over two weeks at Studio D in Sausalito, California, it was produced by FNM and Matt Wallace, while Steve Berlin (of Los Lobos) was drafted in to supervise.  Ahead of it's time and reiventing keyboard driven guitar music, also due to it's genre shifting complexity, the record forced the music industry and press to think up a completely new class to describe it, coining the phrase 'funk metal'.
For fans it is the foundation of FNM's sound a time of raw punk and funk energy that would be polished and expanded over the band's next five albums.
Fans of the album include Robert Plant, James Hetfield, members of Korn.

Here is everything you need to know about Introduce Yourself .... 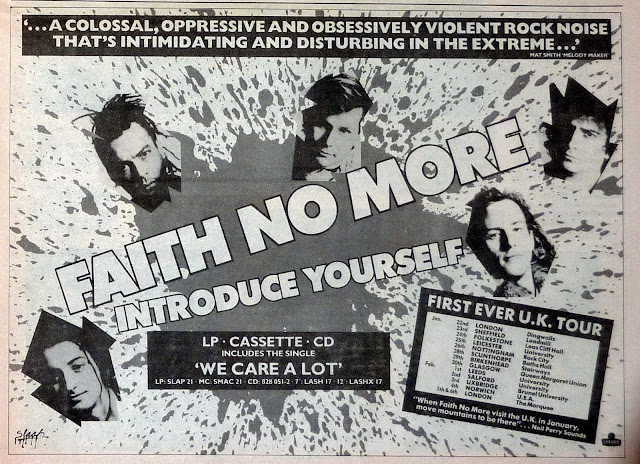 FAITH NO MORE is not to be confused with faithless. This iconoclastic quintet believes in just about anything. INTRODUCE YOURSELF is a demonstration in all that is forsaken. Chaotic power is infused with an emotional undercurrent that gloriously crests and mercilessly crashes. INTRODUCE YOURSELF is a dare made with two clenched fists.
FAITH NO MORE was christened in 1982 and managed to operate from a San Francisco / Los Angeles base. Singer Chuck Mosley was anchored in Los Angeles and would commute to and from San Francisco, where the other prophets resided. In December of '85, FNM recorded their first LP for Mordam records. An obligatory tour followed and they returned after spreading their cacophonous beliefs across the U.S. The hardships of traveling this expansive continent in a '66 Dodge and stolen Jartran trailer is what they endured to establish their name on college radio and dance charts.
Mission accomplished. FNM converted a few folk with the tune "WE CARE A LOT". With its pounding backbeat and unforgettable chorus, "WE CARE A LOT", displays cynical naivety using haughty lyrics and edgy bump and grind playfulness. It was re-recorded for INTRODUCE YOURSELF, with updated lyrics that address today's pressing social issues. Taking their dance antics into a raptuous philosophy is "ANNE'S SONG", which holds a solid bass groove while it bobs and weaves through lacerating drum punctuations as if crossing a mined field. The songs "SPIRIT" and "DEATH MARCH" obliterate notions of naivety and cast a melancholy shadow around FNM's confrontational perserverence.

INTRODUCE YOURSELF leaves no room for passivity. Credit the fact that this contemptuous posse have very different and varied histories. Keyboardist, Roddy Bottum, joined FNM after 10 years of classical piano training. Drummer, Michael Bordin preferred the tribal, primitive rhythms and was studying African drumming when he was recruited. Guitarist, Jim Martin, enlisted after a bout with Vicious Hatred, a San Francisco metal band. Singer Chuck Mosley, grew up listening to Motown and was inspired by Devo. Billy Gould had been playing in a band with Chuck and cites the Sex Pistols and Germs as his main role models. These volatile influences assail each song, affirming FNM as the sonic touchstone for each individual member. 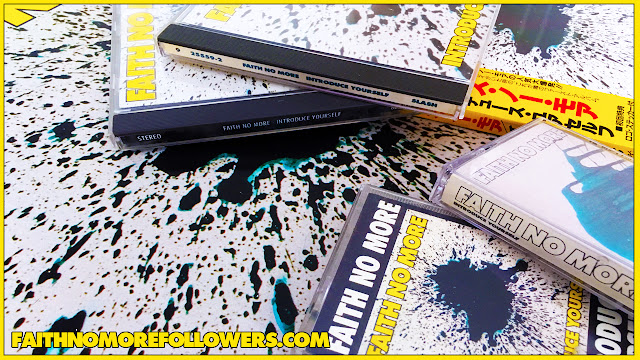 FAITH NO More hail from California. Their members include a classically trained pianist, a guitarist who served time in an obscure San Francisco metal band called Vicious Hatred and a drummer who was studying African rhythms when Faith No More recruited him.
The result is as powerful and as full of nuance as you could possibly hope for. 'Introduce Yourself', the band's second album, is chiefly concerned with extremes; emotional, lyrical and spiritual. It combines metal thunder and hardcore rap and dance floor  polish and, believe me, it moves. Hell, even Metallica wear their t-shirts, and there's a band who appreciate the finer points of punishing musical power.
From the blend of 'Chinese Arithmetic' - twangy funk and total onslaught - to the mutated hip hop of 'We Care A Lot' ("It's a dirty job but someone's gotta do it") FNM make a type of music that escapes any of our beloved little boxes.
Their words are mostly personal and painful, coming to terms with all sorts of situations, and are backed by some of the most vengeful guitar and drum attacks to have made it onto vinyl this year. With 'The Crab Song', FNM almost boil over ("love. It hurts, it kills, like a motherfucker. Like a sonofabitch") yet this is nothing compared to the two tracks that follow (and close the record), the freedom charge of 'Blood' and the punkish fury of 'Spirit'. Enough. Faith No More say "KICK and SCREAM!" I say buy this record.

If you see a guy with a bottle in a brown paper bag, a pencil and sketch pad, it's Jim Martin. If you see an example of human combustion in front of you, chances are that person was listening to FNM. They tour Britain soon: the feeling live is just as painful but much more pleasurable. Introduce Yourself is the next big thing early.

Rap, heavy metal, post-punk, new wave and funk. Somehow, someway, Faith No More made sense of these five tricky musical ingredients on their second album, Introduce Yourself. While quite a few alt rock bands of the same era were starting to lean - albeit cautiuously - towards the 'rockier' side of things, FNM were one of the first bands of the genre to feature unapologetic Sabbath-style guitar riffing, from the great Big Sick Ugly Jim Martin. A re-recording of the title track of their debut album, We Care A Lot, earned FNM their first bit of radio/MTV play, the title track was their most explosive yet, while Martin's guitar was front and centre on The Crab Song. Add singer Chuck Mosley's on-key/off-key vocals to the mix and you had a daring sound unlike anything else circa 1987. 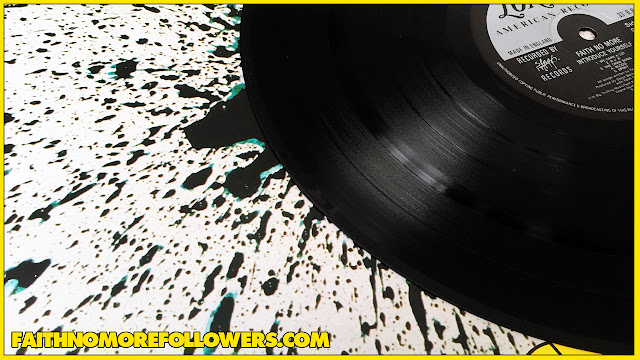 
"I don't feel in danger of being placed in the box of categorisation at all. We can't be threatened with it, because there isn't a box big enough for us anyway. However, it is only a matter of time before they make one big enough but I personally don't give a f* *k if they do because they'll all be wrong. As we know, however good anything starts out, it always turns to s**t!"


"A friend of mine, doing a lot of drugs, just went out in the ocean and drowned. I used to be on the beach all the time and I got the feeling that he was so f***ed up when he drowned that he doesn't even realise he's dead. He's out there, still swimming around. 'Death March' is someone talking to their dead lover, the soul lingering on." 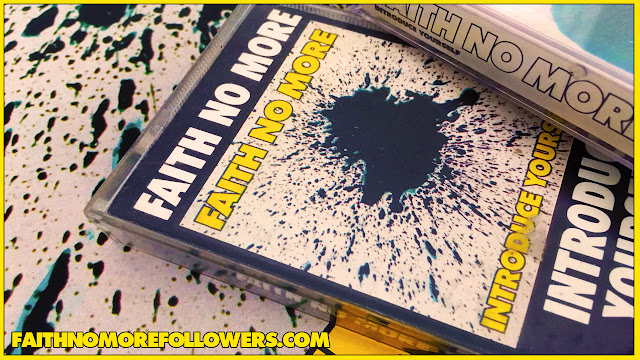 Labels: 1987 Faith no more Introduce Yourself