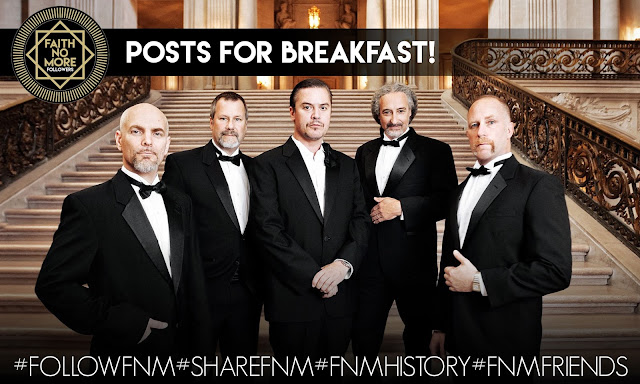 The latest update of Faith No More and related projects news.


"Someone has some anger issues..."


“The Real Thing by Faith No More comes to mind. I guess when I was first exposed to that album I was finding my way around rolling a spliff and really developing a thirst for alcohol. I just got fucked up and did whatever I wanted. That’s more where I was at than the album itself, but it’s certainly been the soundtrack to fast times.”


"Mike Patton was one of the first guys I saw being a like a pure singer, and just being weird and aggressive and punk and funky. I went back to picked up Introduce Yourself and We Care A Lot and realised that it was Chuck Mosley  I was enamored with Chuck Mosley too for the same reason."

"I’m not 100% sure yet. As the opening band our set will be a little shorter and we usually try to do a few songs from each record… all to be determined!"

She also ellaborated on the time she cooked for Eddie Vedder.

"Oh geez, that was a long time ago… Jennifer Finch from L7 came to a party we were having (Lynn and I were housemates at the time) and she brought this then unknown guy, Eddie Vedder, with her. I had made a curried stew to serve… they were the first people there and the last to leave so he got a few bowlfuls in. He really liked it. This was about 30 seconds before he became famous… so of course when Pearl Jam blew up we started calling that stew “Eddie Vedder Stew” as a lark. It is really good. It’s in the cookbook called I Like Food, Food Tastes Good by Kara Zuaro."

“When I listened to the music for Primitive Race, ideas just came pouring out. I couldn’t say no to doing the record. When we completed the first few tracks, I found myself wishing I had written them, not just the lyrics… just good heavy riffs and grooves really sucked me in. The melodies and words came super easy with this music.” 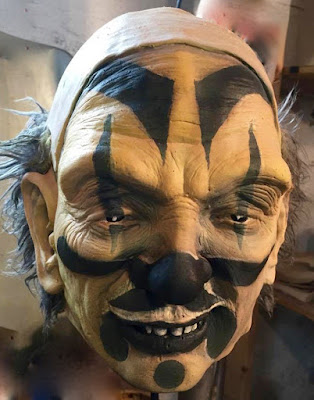