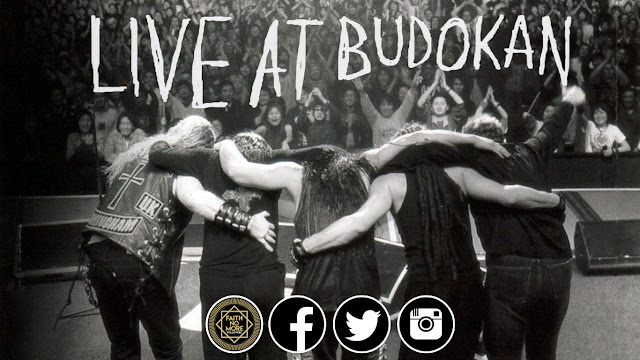 
This show was released on DVD on June 25th the same year.

The band is spot on. I like the fact that Robert Trujillo is high enough in the mix so you can really hear him and also Mike Bordin's drumming manages to cover a lot of ground, so much that there's really not an empty spot and it always catches your attention. Zakk's playing is as good as it always was. Sure he did a lot of pinch harmonics but you have to understand that that's his style. Take it or leave it. Although on every song he was really great I have to give him more credit for the songs 'Junkie' and 'Gets me Through' because I think they sound way better than on the album (especially 'Junkie') because on the album they're more produced, here they are free and it really elevates the song making it more heavy.

Since FNM's last album, Mike Bordin has spent a number of years in the service of the Prince Of Darkness

You first recorded with Ozzy in 2001 on the Down To Earth album. How did that come about?

"My recollection was that we were starting to get popular with The Real Thing and the videos were on MTV, and I think Ozzy was at home, retired,  watching Perry Mason on morning TV and I think he saw us and heard the sound, and we orbited closer and closer. We did 'War Pigs' on The Real Thing, then he heard that and was intrigued, or confused, and the first time we played the RIP [magazine]  party. He came and sang it [Ozzy jumped up on stage to sing it with the band] and that was the first time we met. Black Sabbath was really important to me as a kid, growing up, I don't want to overstate it, but we sat and talked, and he said, 'You guys are so different, why did you do War Pigs? Are you taking the p**s?' And I said, 'No, Black Sabbath are super-important to my life and I owe a lot if not all of the path I've taken to that early influence and he remembered that.
"A couple of years later he was coming out of retirement on that Ozzmosis tour and we were just finishing the King For A Day tour and we played shows together in South America, and he remembered we were pretty strong on stage and so he liked what we were doing, we talked a little more. And we were going home and he was just starting, and he called after we went home, a couple of weeks later, and said, 'Do you want to come and play?' and I said yes of course, I'd love to."

Did Ozzy have much input with the drum parts or did he leave you to it?

"I would say both on both extremes. There times he would know exactly what he wanted to hear, when he'd get this thing in his head that he wanted to hear and you'd work with him until you got that... And there were just as many times - and I'm only really talking about the songs we did at his house, because that's a bunch of songs that were worked on that actually were recorded and became things - that Zakk [Wylde, Ozzy guitarist] and I were able to play a thing that was in Zakk's mind, and that was what was really fun.

"And I gotta say I really enjoyed doing that album, the playing and the looseness and spontaneity of it, it was really fun and I learned a lot from that. But there would be times that we were able to lay down a thing that Zakk wanted, the arrangement, and then Ozz would come in later and listen to it, 'Try this and try that,' and we'd listen to it some more. But like anyone, there were different degrees of him being involved." 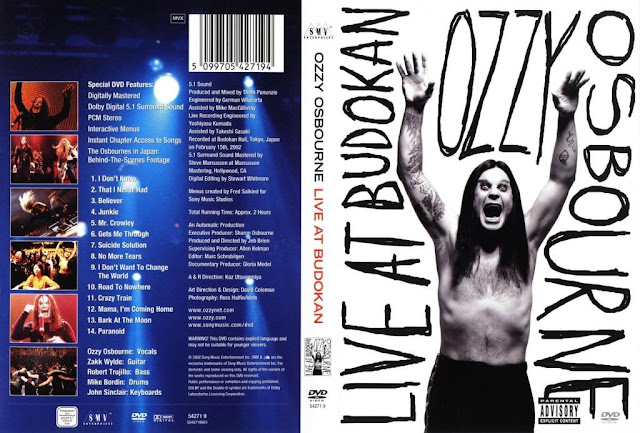